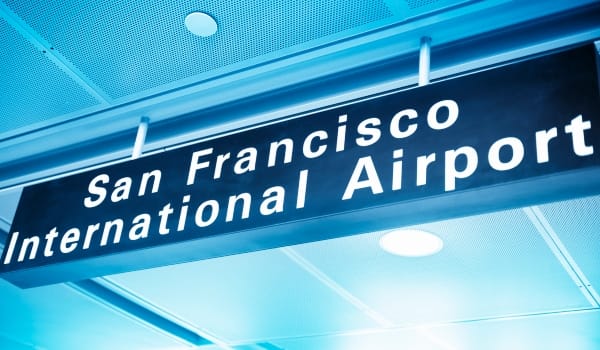 —
The days of picking up a plastic bottle of water to stay hydrated during a long flight will soon be over for people flying out of San Francisco’s international airport (SFO).

The airport, which restricted the distribution of single-use plastic straws when the city law went into effect in July, is now banning convenience shops, restaurants and vending machines from selling plastic water bottles. Starting on 20 August, only water in glass, recycled aluminum, or certified compostable materials can be sold.

The change is a part of SFO’s five-year strategic plan. Launched in 2016, the plan includes SFO becoming a zero “waste-to-landfill” facility by 2021, asstated on its website.

According to SFO, each airport guest creates a half pound of trash. In an effort to reduce the waste, the airport is limiting single-use food accessories such as napkins, coffee cups and chopsticks. In addition to plastic, SFO is banning items with “unsubstantiated claims” about their sustainability. Now, water bottles with messages like “environmentally friendly” or “bio-based” will have to be approved by the Biodegradable Plastics Institute (BPI) before they are sold.

Before the plastic bottle ban was announced, the airport installed almost 100 water-bottle filling stations, and mandated that restaurants only give customers single-use accessories such as condiment packets upon request instead of with each purchase.

“We waited until now because a few years back there was really no market in place to provide an alternative to water in a plastic bottle,” SFO’s public information officer, Doug Yakel, said in an interview.

SFO’s new policy comes amid an international reckoning around the problems within the recycling industry.

In June of this year a Guardian investigation revealed that only 9% of the plastic that Americans send to recycling plants actually gets recycled. This is because US recycling plants do not accept things like unwashed plastics, and plastic bottles that still have the lid on them. Most cheap plastics like water bottles, and milk cartons go to landfills or incinerators, or are shipped to other countries to be processed.

The practice has created an international economy where western countries send un-recyclable plastic waste to poorer countries such as Vietnam and Laos. Now, many of these countries are rejecting their designation as waste bins for wealthier nations.

Now that there is an international conversation about the limitations of recycling plants, Yakel, the SFO information officer, hopes that this move can encourage manufacturers to stop using plastic packaging.

“We’re hoping that as the demand from retailers increases, there’s an increasing supply of water that’s bottled in something recyclable,” Yakel added. “We’re hoping to drive that industry as well.”

This post was previously published on Ecowatch.news and is republished under a Creative Commons license.
—

Facebook70TweetPinEmailShares70
wpDiscuz
0
0
Would love your thoughts, please comment.x
()
x
| Reply
Share this ArticleLike this article? Email it to a friend!
Email sent!