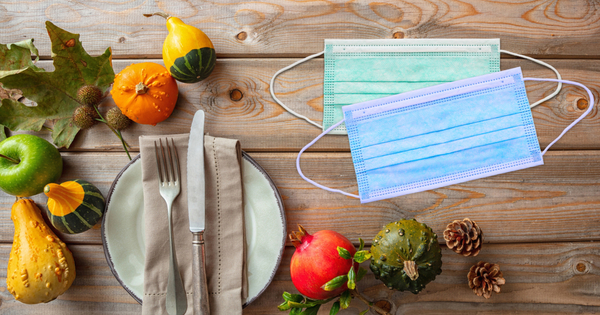 To the relief of all, 2020 will soon be behind us. Today we will sit down (or Zoom) with family for Thanksgiving dinner and from there it’s just a few short weeks until we do it again on Christmas. We’ll eat way too much food, drink a bit of wine or scotch, and somehow find a way to make room for pie. We’ll talk about the weather, trade news about people that we know in common, discuss current events.

For most of this year, current events have meant the pandemic and politics.  If you are like me and have family from opposite ends of the ideological spectrum, these are topics that it’s probably best to avoid.  No mentioning of the T-word at the dinner table.

So what else has been going on?

When I was younger all holiday dinners took place at my grandparent’s home. Every Thanksgiving my grandmother would make everybody at the table stop and pick something that they were thankful for before allowing us to eat.  I hated it as a child and am skeptical about the chances of it being implemented in my household, but maybe the overall concept can be embraced.

Instead of bitching about the world and the people in it, let’s remember the idea behind this particular holiday and try to embrace it.  Let’s take time to appreciate where we are and the people that we are with. They won’t always be here.

If that doesn’t work, there is another lesson to be taken from those dinners of my youth.  After his vodka glass was filled, grace was said, and the food distributed, my grandfather always had one last thing to say before eating.

“OK everyone, shaddup and eat.”