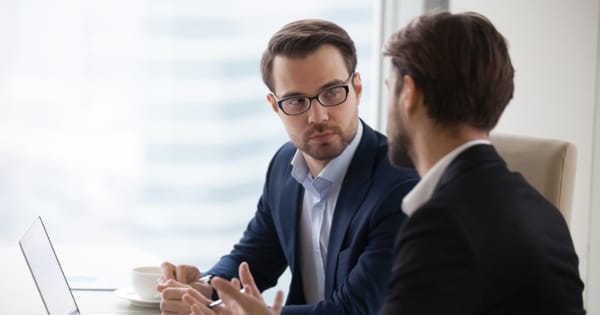 —
Do you have the habit of giving and receiving feedback? What might entice you to develop this habit? 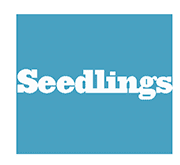 During the time when I was an internal Organizational Development Consultant in the early 1990s, I remember our team was committed to the practice of giving and receiving feedback. Every time we had a team meeting, feedback was included on the agenda. In addition to it being on the agenda, we also practiced it when our sub-teams left a meeting with a client. My teammates and I would exchange feedback waiting for our flight or on the airplane.

I developed the habit of feedback with the support of some impactful colleagues. After I had left the cocoon of the internal consulting team, I returned to an operations leadership role that allowed me to model the feedback process for my new colleagues. It was fun to see them tilt their heads in confusion when I told them that feedback would be an integrated part of our leadership model. I am happy to say that many of them flourished by integrating this new habit into their leadership style.

At that time, the pay off for their efforts was simply a skill that was still emerging and proving itself to be supportive and beneficial to their career development. The tangibles came in the form of them receiving higher performance increases and bonuses. It became evident to me that rewards helped overcome the resistance to taking on the feedback habit.

When I went on to other leadership and consulting roles during my career, I made sure that developing the feedback habit along with sharing its best practices was a priority.

I don’t know when or how it happened, I just know that one day I found myself giving feedback to servers in restaurants, to flight attendants on airplanes, to hotel staff at reception, and to cashiers at the grocery store. It just seemed like the right thing to do to tell them they were doing a good job. I felt no hesitation in doing it and found that each time I shared some feedback with someone, they were grateful.

There were times that I did share the constructive feedback that was necessary for my mind to make sure that the next customer did not experience the poor service. I want to believe that it made a difference for them and their business.

In one particular situation, I received the most amazing reward for sharing some feedback with a server at lunch while at a safari lodge in the Masai Mara of Kenya. We had arrived by flight from Nairobi in the morning and immediately went on a safari. It was thrilling to be out on the Masai Mara and experiencing my first African safari.

When it came time to return to the lodge, the guide told us that we would have a very nice lunch. Since it was going to be our first meal of many while staying at the lodge, I was eager for the experience.

After freshening up in my luxuriously appointed tent, I was ready for my first meal. When I arrived, my friends were waiting for me and we were seated promptly. The server came to our table and we started our first dining adventure. I ordered my lunch.

The food was very tasty with lots of flavors. Throughout the meal, the server checked in with us to make sure everything was going well. It was a five-star dining experience at a lodge on the remote Masai Mara. I was impressed and was ready to share my feedback with the server when we finished our meal.

I shared with the server that the meal was delicious. I gave her some details about each course and asked her to convey my appreciation to the chef. She said she would let him know. When we started the leave the table a chef came to speak to us, she was the Pastry Chef and she wanted to let us know that the Head Chef could not come out at that time, he wanted to thank me for my comments and feedback. She went on to say that rarely has anyone given them feedback on the meal or service.

She finished the conversation with an invitation for me to join the Head Chef and his team the following day in the kitchen to assist in preparing the dinner meal. I jumped at the opportunity and said yes. I could barely sleep that night for the excitement about the next day’s event, three safaris and time in the kitchen with the Head Chef and his team. Finally, I calmed my mind and tuned out the animals’ sounds coming from the river in front of my tent and fell asleep.

The following day after the safaris, I made my way to the kitchen. The Pastry Chef greeted me and introduced me to the Head Chef. He was inviting and warm. He reviewed the dinner menu and the recipes for each of the five courses with me. He had handwritten all of it for me to take with me, I still have those papers in my cookbook drawer.

He walked me from station to station to meet each of the team members telling them that I was the guest who had given the feedback on the meal yesterday. Each person smiled from ear to ear. As we made our way to the last station, the pastry station, he told me that I was going to prepare the desserts. While cutting the fruit, the general manager of the lodge came to meet me.

He told me that he could not remember a time when a guest gave attention to the kitchen team. He was grateful that I had shared such positive feedback with them. He asked me if he could take a photo of me working and I said of course. After the photo was taken it was time for me to say goodbye and join my friends for dinner. Before I left the kitchen the team all gathered around me for a photo.

As I was leaving the kitchen each team member hugged me and said thank you. You must know that it is rare for Kenyans to hug. I was humbled and emotional by their gesture.

And as if that was not enough, as the desserts were being served the General Manager, Head Chef, and Pastry Chef all came to our table. The General Manager handed me a brightly colored bag and said on behalf of the entire kitchen team, we are grateful for the feedback you shared with us.

When I opened the bag, I found the photo he had taken of me with the Pastry Chef in a colorful frame. I teared up and thanked each of them with a handshake except the Head Chef who hugged me.

Each of us has the ability, capacity, and know-how to make a difference in the lives of those we love or those we just meet for a short time. I invite you to experience giving feedback to someone in a new way and see what a difference it makes in both of your lives.