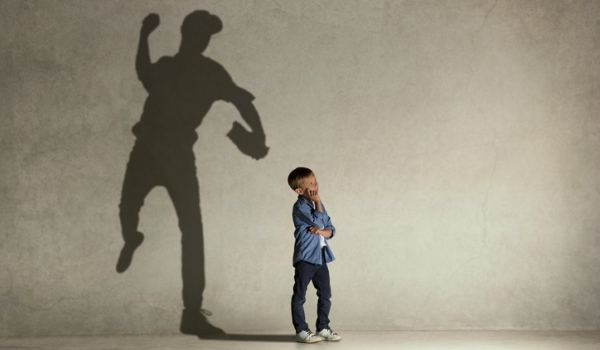 There are several recurring metaphors, which the ancient Stoics used to describe their philosophy. One of the most intriguing is that life is like a ball game — or some other game or sport — wisdom and virtue are like “being a good sport”, or being sportsmanlike and playing the game well.

It was the norm for ancient Greek and Roman youths to take part in a variety of sports such as wrestling and ball games. For instance, we’re told of the young Marcus Aurelius:

He was also fond of boxing and wrestling and running and fowling, played ball very skilfully, and hunted well. — Historia Augusta

So it’s not surprising that we find many allusions to such activities in the writings of philosophers. We’re told that Chrysippus, the third head of the Stoic school, was a long-distance runner and that he left the Stoa Poikile where his predecessor Cleanthes taught in order to set up his own school in a nearby sports ground called the Lyceum. The Greeks called these areas gymnasia but unlike modern gymnasia, they consisted of parks that had pathways for strolling among the trees and by streams, as well as running tracks, wrestling schools, bathhouses, and other buildings.

People would gather there to talk, including the Sophists, who lectured and read speeches in public there. Socrates would also go to the Lyceum to socialize and discuss philosophy. A couple of generations later, Aristotle opened his famous philosophical school in a building there, which became known by the same name. Aristotle’s students were also called Peripatetics because they strolled around the pleasant grounds of the park while discussing philosophy. About a century after Aristotle, Chrysippus also gave open-air lectures at the Lyceum, presumably walking past many youths playing sports and exercising.

Indeed, Seneca tells us that it was Chrysippus who introduced the metaphor of the ball game to Stoicism, as an analogy for life in general. The Greeks and Romans played a violent team game called harpastum that involved passing and catching a ball, keeping the opposing team from snatching it, even using some wrestling holds. We don’t know exactly how it was played, but it was perhaps like a distant forerunner of rugby.

Seneca explains that Stoics understand helping or benefiting others by means of this sporting analogy:

I wish to use Chrysippus’ simile of the game of ball, in which the ball must certainly fall by the fault either of the thrower or of the catcher; it only holds its course when it passes between the hands of two persons who each throw it and catch it suitably. It is necessary, however, for a good player to send the ball in one way to a comrade at a long distance, and in another to one at a short distance. — Seneca, On Benefits, 17

A benefit has to be given properly, as it were, and also received properly, just as passing the ball requires one person to throw and another to catch. When attempting to help another person, therefore, according to Seneca we must take into account their ability to receive benefit from us.

If we have to do with a practiced and skilled player, we shall throw the ball more recklessly, for ,however, it may come, that quick and agile hand will send it back again; if we are playing with an unskilled novice, we shall not throw it so hard, but far more gently, guiding it straight into his very hands, and we shall run to meet it when it returns to us. — Seneca, On Benefits, 17

Seneca returns to this analogy later:

“A man,” it is argued, “who has received a benefit, however gratefully he may have received it, has not yet accomplished all his duty, for there remains the part of repayment; just as in playing at ball it is something to catch the ball cleverly and carefully, but a man is not called a good player unless he can handily and quickly send back the ball which he has caught.” — Seneca, On Benefits, 32

However, unlike in the ball game, Seneca says that the wise man does not expect the favors that he bestows on others to be reciprocated.

Epictetus on Life as a Ball Game

Seneca’s use of the ball game analogy is interesting, as is the fact he attributes it to Chrysippus. However, Epictetus provides an even more compelling account of the same metaphor. In one of his famous discourses, he uses the ball game to explain how Stoics reconciles emotional detachment with desire, or as he puts it “how magnanimity is consistent with care” (Discourses, 2.5). Epictetus introduces the topic by saying very clearly that although external things are themselves “indifferent”, neither good nor bad, the use we make of them is not — we may use things well or badly, wisely or foolishly, and so on. How can we remain free from emotional disturbance, he asks, while concerning ourselves with external things, such as wealth or reputation?

We can do say, he says, by viewing life as we do a game of dice. The dice are indifferent to us — something trivial and unimportant. I can’t even predict what numbers I’ll roll. My business, in the game, is merely to roll them well and use the numbers that come up. Today we would say that, as in a card game, we must use whatever hand fate deals us, to the best of our ability.

Epictetus says that the chief thing in life is to distinguish carefully between things that are up to us and things that are not. Our own voluntary actions are within our power, he says. We should, therefore, look for what is good or bad there, in our own conduct, placing more importance on that than upon external events that happen to befall us. What is not up to us, we should call neither good nor bad, beneficial or harmful, etc.

That’s the essence of Stoic philosophy according to Epictetus and he proceeds to illustrate it with the ball game metaphor, which was apparently introduced to Stoicism three centuries earlier by Chrysippus. Epictetus goes so far as to say that what the Stoic school teaches us about life, in general, is precisely what anyone does when playing a ball game skillfully.

Nobody playing ball really cares about the ball itself, he says. They try their utmost to seize the ball from the opposing team but they don’t actually think it’s something intrinsically good. They pass it to other team members skilfully but they don’t think the ball is intrinsically bad. It’s just a ball, neither good nor bad. The art of the game consists of throwing and catching the ball quickly, skillfully, and with good judgment. However, if a player was to become overly-attached to the ball so that he didn’t want to pass it to others, or too anxious to catch it and hold on to it then he’d play the game badly. Because he’s not playing his role properly, the other players would start yelling at him to pass the ball instead of hanging on to it and to catch it when they’re trying to throw it to him. “This is quarreling,” says Epictetus, “not play.”

Epictetus immediately follows this analogy by saying “Socrates, therefore, knew how to play ball.” When he was standing trial and facing execution he continued to play the game of life fearlessly. He cross-examined his accusers philosophically, “as if he were playing ball.”

Life, chains, banishment, a draught of poison, separation from wife and leaving children orphans. These were the things with which he was playing, but still, he did play and threw the ball skilfully. — Epictetus, Discourses, 2.5

We should approach life with as much care as the players in the ball game but also with as much indifference toward the ball, as a thing in itself. By all means, we should exert ourselves over events but more to exercise our wisdom and the art of living than to achieve some external outcome, such as winning the game.

We depend upon other people, and other factors, for food and a roof over our heads, and these things can always be taken away from us, even our own physical health isn’t entirely under our control. However, the Stoics say that as long as we have the material we should work on it as best we can. Win or lose, others, if they have insight and wisdom, may be able to look at you and tell whether you’re the sort of person who is playing the game of life well or badly. Even though you may suffer great misfortune externally, if you handle it well others, if they have any sense, will admire your sportsmanship in the face of adversity. For example, the Roman senator, Cassius Dio, wrote of Marcus Aurelius:

[Marcus Aurelius] did not meet with the good fortune that he deserved, for he was not strong in body and was involved in a multitude of troubles throughout practically his entire reign. But for my part, I admire him all the more for this very reason, that amid unusual and extraordinary difficulties he both survived himself and preserved the empire. — Cassius Dio, Historia Romana

Facebook21Tweet1PinEmailShares22
wpDiscuz
Share this ArticleLike this article? Email it to a friend!
Email sent!