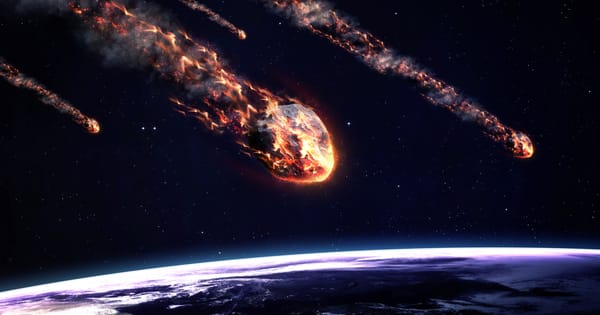 I would rather be ashes than dust! Rather my spark burn out in a brilliant blaze than stifled by dry-rot. I would rather be a superb meteor, every atom of me in magnificent glow, than a sleepy planet. The function of man is to live, not to exist!

I have always been stirred by this rallying cry from writer Jack London and by the way his friends described him:

“A man with eyes to inflame youth, inspire men, and madden women.”

“Eyes of a dreamer, with an almost feminine wistfulness about them, yet [with] an unconquerable physical force.”

“One of the grittiest men! Just as heroic as any of the characters in his novels.”

“Jack London had the instincts of a caveman and aspirations of a poet.”

“A man who jumped into life with both feet in that courageous way of his, and he got romance and mystery and beauty out of it where other men could only see labor. That’s genius!”

Jack London’s rousing call to adventure was undoubtedly one reason I checked out at age 54, gave up most everything I owned, and launched myself on a perilous journey.

I, too, wanted to be a “superb meteor with every atom of me in magnificent glow!” I, too, yearned to find romance sailing the South Seas in the company of a daring “mate-woman” like Charmian Kittredge was for London. That is, until I later read his biography and learned he died from uremic poisoning at age forty. He was found comatose, his face blue, his breathing labored, a syringe and an empty vial of morphine by his bed. During the last two years of his life, he endured bouts of dysentery, gastric disorders and rheumatism, drank more heavily than ever, and grew increasingly depressed and despondent.

Sucking the marrow out of life doesn’t mean choking on the bone.

Despite London’s cautionary tale and Professor Keating’s wise call for moderation, I still find myself lured by the hypnotic spell of exuberant excess. Given the choice between a long, monotonous life, and a short burst of brilliant blaze, I am reluctant to “surrender fierceness for a small gain in yardage,” as said writer John Steinbeck.

My father, like Jack London, was a man who burnt his candle at both ends and lived an almost-mythical life. That is, until he was ‘rescued,’ at age 44, by his second wife — his “saving angel” — and spent the next four decades in what Steinbeck describes as spiritual semi-invalidism. With his spirit bridled and wildness tamed, Dad died recently after a year connected to breathing and feeding tubes and without the blazing glint in his eye that once inflamed and inspired those around him. Surely, had it not been for his wife, he would’ve died at around the same age as Jack. So he existed, but did he live?

Steinbeck said he’d seen many men begin to pack their lives in cotton wool, smother their impulses, hood their passions, and gradually retire from their manhood. “I’ve lifted, pulled, chopped, climbed, made love with joy and taken my hangovers as a consequence, not as a punishment,” he wrote. “I see so many men delay their exits with a sickly, slow reluctance to leave the stage. Its bad theater as well as bad living.”

Dad’s desperate reluctance to leave the stage during the last twelve months of his life might’ve been caused by the terrifying realization that forty years had passed him by and the only proof he had of that blur was his old age. “I don’t know where the past years have gone,” he lamented, not long ago.

Adventure, with all its requisite danger and wildness, wrote John Eldredge in ‘Wild at Heart,’ is a deeply spiritual longing written into the soul of man. “If you think adventures are dangerous,” cautioned Paulo Coelho, “try routine — it’s lethal!”

The adventure I am now living is fraught with hardship and uncertainty. I admit I have wavered many times, wishing to be comforted again by the safety net of a nine-to-five job and steady paycheck. The reason I refuse to turn back is because I found that sort of life suffocating and realized I was also starting to lose the glint in my eye.

If you are young in years but already weary in spirit, already on your way to becoming an automaton, it may do you good to say to your boss: Fuck you! You don’t own me.

I was also stirred to action by the words of French author Andre Gide who said that rather than recounting our lives simply as how we lived them, we should live our lives as we wish to recount them.

I wish to end my days with a great story to tell, not just a prosaic explanation masking a thousand regrets.

At the end, I’d like to echo Hunter Thompson who once said, that “life should not be a journey to the grave with the intention of arriving safely in a pretty and well preserved body, but rather to skid-in broadside in a cloud of smoke, thoroughly used up, totally worn out, and loudly proclaiming “Wow! What a ride!”

But here’s the thing.

I rather not go up in flames like Jack London. Especially if the implosion has the bitter taste like the one that bedeviled him at the end. I also don’t want to die from a suicidal gunshot to the head like Hunter Thompson or Ernest Hemingway.

There must be a way to live intensely without auto-destructing.

“At eighty, I am a far more cheerful person than I was at twenty or thirty,” said Henry Miller. “What is called youth is not youth, but something like premature old age. It was only in my forties that I really began to feel young. By then, I was ready for it. By that time, I had lost many illusions, but fortunately not my enthusiasm, nor my unquenchable curiosity. With this attribute goes another which I prize above everything else, and that is the sense of wonder. I do not ask how this creation in which we swim came about, but only enjoy and appreciate it.”

“Such youthful nonagenarians,” Miller proclaimed, “put the young to shame. [The] truly decrepit, living corpses, are the middle-aged, middle-class men who are stuck in their comfortable grooves and imagine that the status quo will last forever.”

The fact that Miller’s last wife was 47 years younger, Picasso’s 45 years his junior, and that Casals’ last married when he was 80 to his twenty year-old pupil, cannot, in my mind, be the secret to the youthful vivacity of these legendary men. Can it? Just the thought of dating a twenty year-old makes me weary, never mind the fact that I couldn’t afford it anyway.

No, their secret, I believe, can be gleaned from their approach to life:

From Miller’s enthusiasm, for instance, and his unquenchable curiosity and sense of wonder.

From Picasso’s realization that “youth has no age,” and that “all children are artists; the problem is how to remain an artist once [we grow] up.”

And from this spirited advice from Casal: “I am an old man, but in many senses a very young man. And this is what I want you to be, young… young all your life!”

Genius is nothing more nor less than childhood recovered at will.

Their ability to retain the spirited curiosity and the awe and wonder of childhood afforded these legendary men a long, passionate life. No need for meteoric theatrics or a frenzied existence that can only be subdued by a shot to the head or a saving angel.

If you can fall in love again and again, if you can forgive your parents for the crime of bringing you into the world, if you are content to get nowhere, just take each day as it comes, if you can forgive as well as forget, if you can keep from growing sour, surly, bitter and cynical, man! you’ve got it half licked!

As I approach my sixtieth birthday, I am living my life as closely as I wish to recount it. I have forgiven my parents, found my “mate woman,” and fallen in love again, with life! Though I admit that living the myth of the starving artist is often stressful, I’m rarely sour, surly, bitter, or cynical. I try to enjoy each day as it comes and slowly arriving at peace with the probability of never attaining fame or fortune. I’m getting there.

When my time comes, I want to leave earth like Greek writer Kazantzakis said we should: “not like scourged, tearful slaves, but like kings who rise from the table with no further wants after having eaten and drunk to the full,” but without choking on the bone.

Though I’m beginning to understand the meaning of life, I’m still searching for that sweet spot between ashes and dust. Between a wildly intemperate life and one packed in cotton wool and mothballs.

As soon as I find it (and find it I will) I’ll let you know.

Creator of 'The Hero in You,' a book for boys meant to initiate them into an evolved expression of manhood and train them on the character strengths needed to live spirited lives of noble purpose.