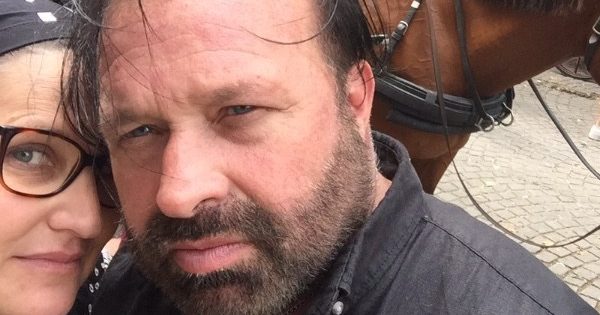 Christian is a Philosopher that comes from Belgium. What identifies him the most and above all is simplicity, for everything is better with “vanilla flavour.” Perhaps, for this reason, his intellectual passion is criticism and irony, in the sense of trying to reveal what “hides behind the mask,” and give birth to the true. For him, ignorance and knowledge never “cross paths.” What he likes the most in his leisure time, is to go for a walk with his wife.

Scott Douglas Jacobsen: So, we’ve covered some of the sex and gender stuff in a first-level analysis with some further commentary in News Intervention. Another facet is the fundamental reason for every single human being coming into existence and may be the basis for civilizations depending on how the drive gets directed, channelled, and manifested in large groups of people, whether of a common ethnic grouping or of a diverse community. Is sex a desire, a drive, an instinct, or an emotion, or some admixture?

Christian Sorenson: “Sex is not a drive,” rather it should be said that “the drive is sexual,” and therefore “human sexuality,” is not equivalent “to sex,” since the latter is consequence of a “humanized sexuality,” that in turn has “an origin and meaning,” given by a “symbolic register” in which it is inserted as “desire.”

Jacobsen: Why did sex evolve?

Sorenson: Because human beings “learned to count to three.”

Sorenson: One who does not forget the “constitutive bisexuality” of human being’s “psychological structure.”

Jacobsen: What are the best representations of sex in an honest way in the world’s religions?

Sorenson: The “temptation” of Lilith to adan in paradise, the “pornographic story” of Sodom and Gomorrah, the “incestuous event” between Lot and its daughters, and the “pathetic adultery and pregnancy” of Abraham with his slave Jade.

Jacobsen: How do the various faiths of the world see sex, sexuality, the sex act, and morality? Why is this the case?

Sorenson: In relation to “monotheistic religions,” since with respect to the others it is very difficult “to discern,” due to the fact that in my opinion they are even “more irrationals” than the former ones, they generally incorporate implicit concepts of “repression,” as a form of exercising “control mechanisms,” and others explicit such as “sin and punishment.” In this way, according to them “sexuality” never should represent “an end in itself,” but rather something that must be ordered towards “unitive and procreative ends” respectively, that in turn they always need to be “inseparably present.”

Jacobsen: If we take the full psychological and physiological facets of sex, what is the better and modern, scientific term for it – even a neologism?

Jacobsen: How do we construct neither a sex repressive society nor a sex positive society, but a sex realistic society?

Sorenson: By “getting acquainted” with “sexuality,” from an early age, at the same time that we assume it with “valourative naturalness,” ​​and “respect sense,” bearing in mind that “our sexuality reaches where another’s sexuality begins.”

Jacobsen: Thank you for the opportunity and your time, Christian.

Sorenson: You are welcome, it was a pleasure.