In June of 1967, Sgt. Pepper’s Lonely Hearts Club Band was released by The Beatles. The album, long considered one of the greatest rock/pop albums ever produced, has been lauded over the last half-century for breaking new ground in album development. But the story of Sgt. Pepper goes beyond the ground-breaking music, as the way The Beatles went about resetting their own mission and approach, and re-branding and shifting their organizational culture is a classic study in change management for business leaders to consider.

They Read the Market, Changed the Mission

Countless businesses have been faced with the prospect of changing their organization’s mission as market or technological forces encroached on their ability to compete. The Beatles faced this while unarguably being the most well-known humans on the face of the planet by August 1966. Yet The Beatles took a cold, hard look at what the past four years of unprecedented success had brought them and considered a change of mission.

Over that summer, they would see protest riots against their concerts in Tokyo, would suffer physically at the hands of the Manila police and, most famously, would witness demonstrations and receive death threats from across the USA over John Lennon’s public statement that The Beatles had become “more popular than Jesus.”

As much as these unfortunate events led up to a crucial decision point for the band, the fact that they could not sell out a repeat performance at Shea Stadium (the very venue that hosted their largest and most triumphant concert just one summer before) shook the band’s foundation. They read the market and saw that the old formula was waning.

In response, the group decided to make a bold change in career direction and publicly announced they would stop touring. In 1966, the idea of a band not playing live gigs was considered career suicide. But at the heart of The Beatles’ risky mission change was their thirst to focus solely on a new mission of in-studio recording, with an aim to create music they could not reproduce live.

In the band’s new mission, its members considered nothing from the past sacred, including their signature visual – the mop-top hairstyle. While not overtly preplanned, each would independently change his hairstyle once they permanently came off the road in late 1966. This was not just an insignificant visual choice; after all, at one point in their fame, they were more identified for their famous hairstyle than their music. Soon, too, they would shed their suit-and-tie look for psychedelic outfits.

The Beatles were essentially killing off the old brand and telecasting to their audience base that they were now moving to another place. Soon, their serious, mustached faces would gaze out to their fans, culminating with the iconic cover picture of the Sgt. Pepper album. The cover looked to most like a scene from a funeral – perhaps a burial for the old Beatles. But the changes would not stop at their outer appearance; they would soon change the methods of their work as well.

Five years of producing music together had firmly established each member’s role in the recording studio. But as successful as that formula had proved to their careers, they knew they were in an organizational rut, and the band pushed hard to come out of their comfort zone for the Sgt. Pepper sessions.

To do this, they decided, they would all become someone else. “We would be ‘Sgt. Pepper’s’ band, and for the whole album, we’d pretend to be someone else,” as Paul McCartney explained the strategy. “So when John walked up to the microphone to sing, it wouldn’t be the new John Lennon vocal, it would be whoever he was in the new group, his fantasy character. It would be more freeing. It gave us permission to do it a new way.”

Changing the ways in which success has been created is a scary strategy for any organization. But as The Beatles proved, this new approach gave them “permission” to challenge their standard processes. Once this alter-ego role-playing was adopted, it opened up their possibilities and the Sgt. Pepper project’s creative flowers began to bloom.

Changing the Culture Through Inspiration

History will show that the most underrated skill The Beatles possessed was their ability to motivate others, even when they were asked to come out of their comfort zone. The best example of this came when the band recorded the massive orchestral crescendo for the album’s epic centerpiece, “A Day in the Life.”

McCartney suggested asking the hired members of the London Symphony Orchestra to play a slow climb – from the lowest note their instruments could produce to the highest note. Aghast, producer George Martin replied that this was not a good idea, that it would be improper to ask classical musicians of that caliber to improvise and not follow a musical score. But the band pressed on with the idea and added an inclusive element to their request.

The Beatles felt (instinctively) that they had to show the visiting classical players what the spirit and environment for this one-of-a-kind recording was going to be. It would be placed firmly in the 60s spirit – they would create a “happening,” not just a recording session.

It would be John Lennon’s brilliant idea to put the LSO players in silly novelty items in an attempt to have them understand what the band wanted. So, on February 10, 1967, observers at EMI saw 40 of the most expensive and well-trained musicians in London lending their participation wearing funny masks, rubber noses, imitation bald heads, ape paws, and with balloons tied to violin bows. By getting the LSO members into their environment, The Beatles created a sense of camaraderie. Note to business leaders: An inclusive atmosphere always breaks down the barriers between people who are different, allowing change to be realized.

The outcome of the album speaks to the wisdom of the band’s approach. After a record-breaking 700 hours to record the 13 songs on Sgt. Pepper’s Lonely Hearts Club Band, (note: The Beatles recorded their first album in a one-day, 10-hour session back in 1962), it quickly gained a million orders even before its release. Since then, the album has gone on to sell more than 32 million units (as of 2011) and has been ranked #1 in Rolling Stone’s “Top 500 Albums of All Time.” And The Beatles, as a group, never toured again! 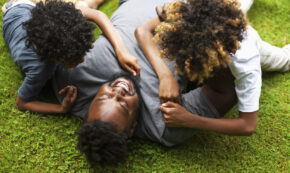 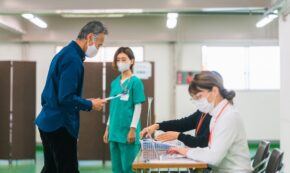 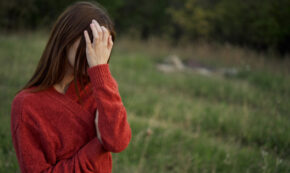 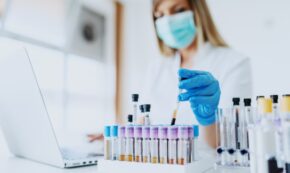 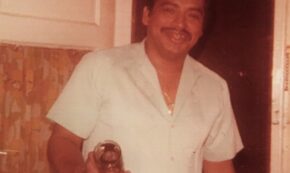