Get Daily Email
Join/Login CLOSE
Home / Featured Content / The Chemistry of Love: How Limerence Can Keep You From Healthy Relationships

Embed from Getty Images
Each week, I read The Washington Post’s Date Lab hoping they’ve made a good connection by matching two applicants based on information they send about their backgrounds and interests.

Some marriages have resulted over the years. Yet, more often than not, the contact lasts no more than that first date, even if the experience is pleasant, conversation easy, and interests mesh.

According to my unscientific impressions over the years, the main reason for these missed connections seems to be a lack of “chemistry.”

This expectation seems shared among many of the mostly-millennial participants who believe that a magical feeling is a key to a longer-term love relationship.

Is that not what we’ve been encouraged to assume a “love match” should be?

Movies, love songs, stories, shows, and conversations with friends to share the excitement often contribute to a pretty natural yearning for “that special feeling.”

In the midst of often mundane aspects of life, the temptation to reach for elation is understandable. But vulnerability and complications lurk even in promising situations, as you’ll see in the brief stories and description of love and limerence below.

In my own life, I’ve had two main romantic experiences that put me on notice to listen to myself so I could let go sooner rather than later. Both times my initial intuition turned out right after too many years of complications and on-again-off-again dynamics.

The first one occurred when I walked into a party alone, definitely not looking for “someone” — or even a distraction — after recently ending an unhealthy relationship.

Immediately, I noticed an older man leaning against the fireplace looking me over.

My first impression was, “what an arrogant guy!”

I would call this “neck-up chemistry”.

At the time, I was a diplomat and he was a journalist, similar professions given the focus on information gathering, observing, and writing. Eight years older than I, admittedly I was taken with his impressive byline and professional accomplishments.

To tell you the long story could take a novella, so I’ll spare you the details to respect your time.

The lesson I learned which may be of use to you is to pay attention to your first impressions, especially when they are confirmed over time.

When a relationship is mostly drama with long disconnects and too much tip-toeing to avoid offense, as this one was, be suspicious. Does that pattern sound familiar to you?

My other story was not so intense. It started at work when I was on 6am duty, analyzing telegraphic traffic from Latin America at the State Department.

I was one of several foreign service officers summarizing important matters for the Secretary of State’s briefing process.

My colleague who covered reporting in Europe and I got to know one another. Four years younger, my first impression was that he was a smart kid who was curious, but lacked an accessible personality.

I mistook proximity and shared curiosity, the habit of connection and routine, as closeness. That illusion of intimacy was a stand-in for the substance of love.

Have you noticed similar situations in your own work life?

This serious relationship also had its own drumbeat of drama, lasting beyond what made sense for a worthwhile relationship. The see-saw of approach-and-avoidance becomes most obvious in retrospect, which is when I tend to get smart about such realities.

When he was interested, I wasn’t —  and when I felt connected, he retreated. The dynamic should have aroused my suspicion about sustainability.

In this situation, the chemistry was mild and comfortable. The challenge came from our different backgrounds that made boundaries interesting to cross at first.

But looking back, I’d describe the connection as a misplaced glue of shared work experience and professional interests ─ and possibly the issue of sunk costs. This idea from economics exposes the tendency to hang in too long without real progress because so much effort and time have been invested.

It also may show my naïve belief that I could make the relationship work.

Though I had some drama and occasional excitement in these two relationships, there were only inklings of limerence or major chemistry.

So, I’d like to share what that’s all about so you can identify and be alert for possible dangers in your own life.

For a partial script of such relationships provided by Randi Gunther Ph.D, see if any of the key phrases in her article express your current or past experience: “I’ll love you forever, no matter what happens.”  “Don’t ever be any different. You’ll always be perfect just the way you are.” “I can’t ever imagine loving anyone but you.”

Any, and certainly many of such protestations of love are likely to be both unrealistic and too good to be true. They are also red flags that the seductive feelings of limerence are in play.

For other symptoms of limerence, or the biological roots of love addiction, it’s helpful to read Dorothy Tennov’s first mention of limerence, where she describes it as “an involuntary interpersonal state that involves an acute longing for emotional reciprocation, obsessive-compulsive thoughts, feelings, and behaviors, and emotional dependence on another person.”

The euphoria of such new love includes idealizing, fantasizing, and accommodating.

In the same article —  and more useful for healthy, sustainable love —  is Dr. David Sack’s comparison of limerence with love’s calmer path. While not as exciting, mutual interests and values as well as mostly happy, stimulating companionship are indicators.

To me, this situation is closer to my favorite definition of love by psychologist Harry Stack Sullivan: “When the satisfaction or the security of another person becomes as significant to one as one’s own satisfaction or security, then the state of love exists. Under no other circumstances is a state of love present, regardless of the popular usage of the term.”

No drama or flitter-flutter heartbeats in Sullivan’s definition, I’m afraid.

If you find these types of feelings as a little dull, ask yourself these questions:

What investment is worthwhile for you?

According to biological anthropologist Helen Fisher’s Anatomy of Love, limerence, or some version of it, may last about two or so years.

In other words, its longevity and mixed pleasures are limited.

I’ve learned that a better investment, for me at least, especially if children may be involved eventually, involves quieter, gentler expectations and experiences tested incrementally over time.

Certainly, physical attraction is marvelous, but time and routine may mute that somewhat. Other attractions may be just as powerful, though.

They could include trust and joy in shared adventures, growth in a range of abilities and interests.

If you’re trapped by wanting limerence or have some arbitrary due date about what a relationship must lead to, explore your own patterns in relationships ─ where you have real say and choice.

When I named my own traps, that released me from repeating past errors and detours to make better, smart, conscious, selections. I became cautious about reacting primarily to biological rhythms and other people’s flattering interest alone.

Or as poet Maya Angelou might counsel: History, despite its wrenching pain, cannot be unlived, but if faced with courage, need not be lived again.

Ruth Schimel, Ph.D., is a career and life management consultant and author who writes about personal and professional development in original, inspiring ways.  In person, Ruth consults with individual and organizational clients in the Washington DC area.  She also works by phone and email throughout the US and abroad.  Contact her at [email protected] or 202.659.1772.  Current books and handbooks emphasize how to access your own courage and other powers; they are available on Amazon.

__
This article originally appeared on YourTango. For more like this from YourTango, try: 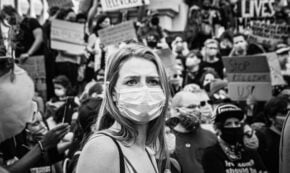 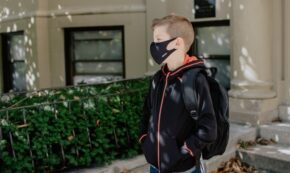 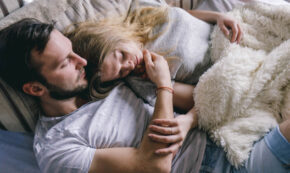 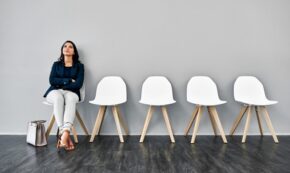 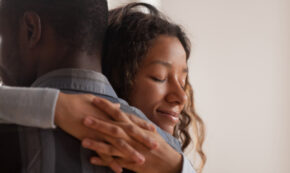 FacebookTweetPinEmailShares47
We use cookies on our website to give you the most relevant experience by remembering your preferences and repeat visits. By clicking “Accept”, you consent to the use of ALL the cookies.
Do not sell my personal information.
Cookie SettingsAccept
Manage consent