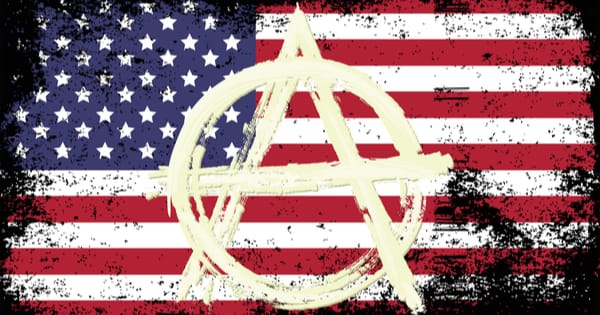 Congratulations! You have become a successful co-conspirator in the complete devastation of a once mighty nation. Thank you for paying your dues every year. It is appreciated. Every bit of it is being used to collectively dismantle the very fabric of the society that you live in. You should sleep easier knowing that you’ve done everything in your power to complete the process that was started long ago.

Rome wasn’t built in a day, but it sure fell fast as hell!

Because of your timely and important contributions, we have built a well-respected team of politicians on both sides of the aisle to ensure total confusion, deficit increases, mass unstoppable inflation, and a cornucopia of lies that lavishly gets displayed on various news networks with scary-sounding musical intros. We’re working together, in wonderful and harmonious cooperating fashion to do what is necessary; tear this country to the ground in a terrifying and unmitigated disaster of looting, riots, death, and mayhem. Yay!

There are still plenty of operatives who only see one side working toward this goal, that there is one side “more right” or “more wrong” than the other. Remember, these folks do not need to be reminded that we’re actually in this together. It takes both sides and all kinds of different people to pull this off correctly. Their vitriol for the other side is fodder for the fire that helps destroy everything previously built as a community, as a nation, and as a democracy. Give those people a nod and a hearty handshake when you see them and thank them for their tireless efforts of ruining dinner parties, cocktail outings, golf and fishing trips, gas station visits, and everywhere people have to speak to one another if even for a minute. By randomly and incessantly promoting various political propaganda without being warranted they’ve successfully promoted our brand. They are the unknowing, unwitting, and often times un-thanked front line. Kudos!

We have come so far but it is not quite time to celebrate, yet. We may, however, take a minute to gracefully reflect on the positives of the last few political years or excruciating hard work including but not limited to:

-Every headline containing the word democrat, republican, Pelosi, or Trump in it in every major newspaper and website search engine in multiple countries

-Guns used strictly for people hunting are at an all-time high (more on this later!)

-All South Americans being referred to as “Mexicans”

Let’s not forget that we are far from the complete and utter anarchical chaos that we wish to achieve and as we round out 2019 and head into another turbulent election year, we have to remember that every vote counts. By participating in this election, you will be assisting in completing our mission. Never before have we been this close to anarchy, the smell of burning flags and pages of the constitution are already in the air! Make sure we round up as many irrationally passionate people as possible. These types of people can be found at climate crisis meetings, gun rallies, town halls, watching CNN or Fox News, working places, breathing. (Note: if they are no longer breathing, they will not be needed for this exercise in American Anarchy.)

Now that we have enough people hunting guns out there, we should know that they are coming for us, whoever that may be! So make sure you have practice under your belt and an extra row of ammunition because when it finally happens there is no alarm on our smartphones. Suddenly it will be Anarchy Day and you’re going to want to be prepared. It’s obvious that we’ve all worked hard for this so it’s inevitable that it’s going to be a great success. That’s an anarchy guarantee.

Don’t let off the gas now. Make sure to get out and cast that vote in any direction. It doesn’t matter. Just make sure you go out and vote in 2020 so we can complete what we have always wanted, The Divided States of Anarchy!