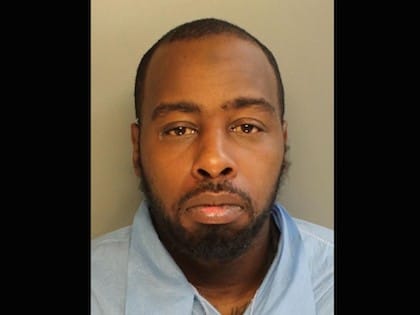 His reason for being up all night? He had assisted the Philadelphia Police Department in the peaceful surrendering of Mr. Maurice Hill, the 36-year-old repeat felon who last Wednesday shot six cops in North Philadelphia while sheltering himself inside a row-home for nearly eight hours with an AR-15 and at least one handgun.

Mr. Hill and Mr. Johnson aren’t strangers. In fact, so acquainted are they, that the two have nick-names for each other: Mr. Johnson is “Unc” and Mr. Hill is “Gruff.”

The well-known defense attorney came to know the now-infamous North Philly active shooter, who has a dozen priors, by serving once as his legal representation. In a Monday morning text message, Mr. Johnson told me he will not represent Mr. Hill in the wake of this particular controversy.

On Sunday morning, Mr. Johnson and I were guests on a public-affairs radio broadcast.

When we got to the topic of the chaos in North Philadelphia caused by Mr. Hill, Mr. Johnson explained how his involvement was sought and then went on to paint a vivid picture of how the drama unfolded in the hours that succeeded sundown on August 14th.

It began with a phone call.

“Unc, I need some help,” the gunman said, according to Mr. Johnson.

When Mr. Hill uttered just those five words around 8:30 pm, Mr. Johnson said it all just clicked and he knew his associate was the gunman he had been hearing about on the news. Mr. Hill’s voice was described by his former lawyer as being full of despair.

Mr. Johnson said the first twenty to thirty seconds of the phone call was him giving Mr. Hill an earful. But immediately after the condemnation, Mr. Johnson said he urged the mid-30s gunman, who had a baby born just days earlier, to surrender.

Knowing what he had done, Mr. Hill was concerned that the officers would kill him once he stepped outside, despite numerous assurances from police commissioner Richard Ross that he would be safe.

Mr. Hill made a request: get District Attorney Larry Krasner on the phone. Mr. Johnson quickly obliged. Minutes after the DA joined the call, so did Mr. Ross.

“When Commissioner Ross was involved, he was a gentleman the entire time … he was classy,” Mr. Johnson revealed.

Mr. Hill then made another request: that Mr. Johnson and Mr. Krasner – who earlier was seen outside the hospital where three of the six cops were admitted – come to the scene.

Mr. Johnson pleaded with Mr. Ross to allow him until 11:45 pm to arrive. Very reluctantly, the police commissioner said yes.

Mr. Johnson said that while speeding to the scene, he had Mr. Hill on one phone and, on the other, Mr. Krasner, who he had told of the request. The DA accommodated the ask.

Upon arrival near the scene, Mr. Johnson was met by Mr. Ross. The two then drove through the barricades and parked a block away from the North 15th Street row-home. Mr. Johnson says he was outfitted with a bulletproof vest and then flanked by officers, who walked him to the police command center, which was situated directly outside the rowhome’s front door.

Still on the phone with Mr. Hill, the attorney utilized a megaphone to prove that he was really on the scene. Mr. Johnson, who said his heart was beating extremely fast, was then escorted out of the command center and placed a safe distance away.

The police threw tear gas into the house. Mr. Hill then shouted, while still on the phone with Mr. Johnson, that he was coming out. Indeed, slightly after midnight, Mr. Hill did walk out of the home with his hands raised above his head. He was swiftly arrested.

Mr. Hill is currently being held without bail at Curran-Fromhold Correctional Facility on State Road. Mr. Johnson went to see him Sunday afternoon, though the attorney didn’t divulge the details of that conversation.

On Monday morning, Mr. Krasner held a press conference to announce the charges against Mr. Hill, which include attempted murder, risking a catastrophe, assault of law enforcement officer and recklessly endangering another person.

Mr. Anthony Voci, Chief of the Homicide Unit with the DA’s office, said they anticipated more charges may be filed once an “exhaustive” investigation is completed. According to Mr. Voci, slated to be reviewed and analyzed are over 100 rounds of ammunition, which are being pulled out of cars, walls, bricks and the home’s ceiling, and footage from at least 250 body-worn cameras, as well as neighboring surveillance cameras.

“The scale of this investigation is immeasurable,” Mr. Voci said.

In a statement released after his press conference, Mr. Krasner said Mr. Hill’s actions not only resulted in the worst mass shooting of Philadelphia police officers in our City’s history, they terrorized an entire community for nearly eight hours.

“The DAO will continue working with our partners in law enforcement to ensure Maurice Hill is brought to justice,” Mr. Krasner stated.