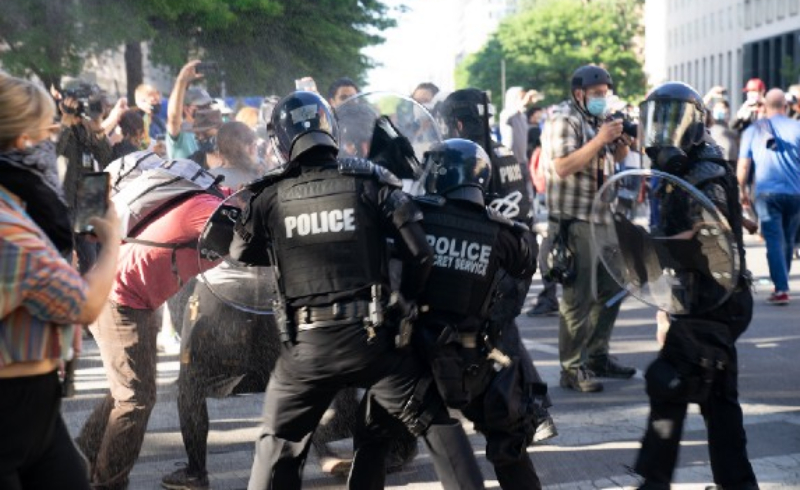 You’ve probably seen the articles on police brutality in the last few weeks. The topic has come under spotlights after the murder of George Floyd and the rise of the Black Lives Matter movement around the world.

When I read reports about it or see shocking videos I always think about the dogs from Animal Farm. Have you read this book? If you haven’t, I will give you some taste of it now.

Introduction to dogs (and pigs too) 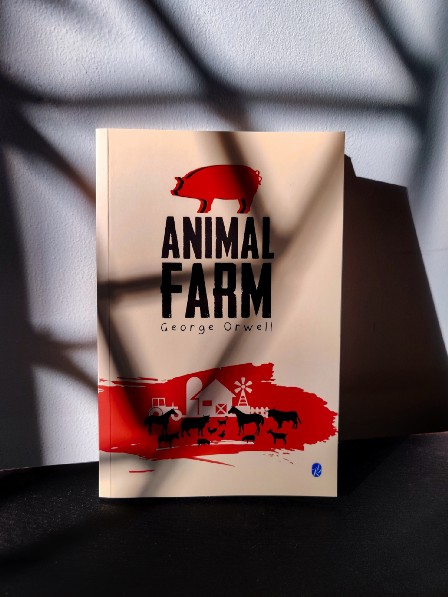 Photo by Shraddha Agrawal on Unsplash

In Animal Farm, George Orwell tells the story of animals that rebel against their farmer. They become sick of serving men, take the farm from the owner, and continue to run it by themselves.

The book is an allegory of the Soviet Union after the Revolution of 1917. Each of the animals from the farm represents a social or political class from the communist USSR. And their actions mirror real events and people.

The horses are the working class, the pigs are different politicians. There are sheep, hens, and cows, which represent different types of people from the population.

And there are the dogs.

The dogs are the animals that the pigs use as their law enforcement officers. They protect the pigs and ensure their decisions are met. Without them, the pigs probably would’ve had less power. 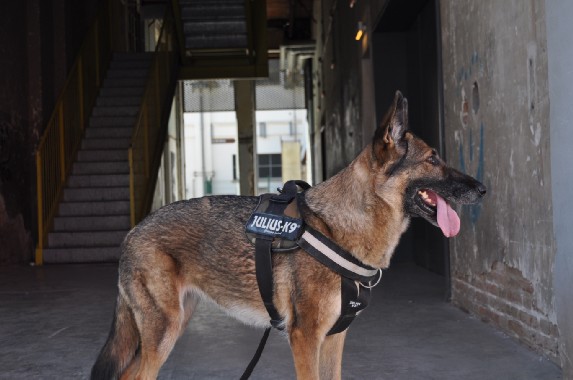 Photo by Marisa Teruel on Unsplash

The dogs are not always used for that. After the revolution, the animals are trying to build an equal society. Everything they produced was to be divided among them.

“All animals are equal.”

They are following the manifesto of their Karl Marx, an old wise pig that left revolutionary ideas before dying. If the animals produce everything, then everything belongs to them.

But since this book is an allegory of the USSR, we know where this story is going, right? Gradually during the book, the pigs start to gather privileges for them. They don’t work, they eat more, they start drinking and smoking.

They start to do business with men. They lie, they manipulate, they market their actions to deceive the other animals. In the end, they are even walking on two legs. There were no differences anymore between the pigs and men. 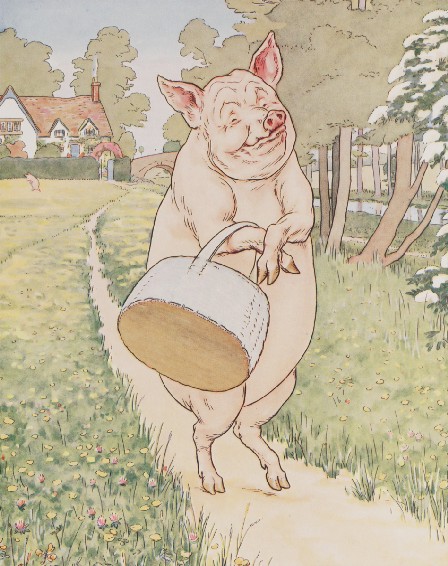 Photo by McGill Library on Unsplash

But how can the pigs get away with all this? The other animals are giving their all to the farm. They work endless hours to build it and improve it. And pigs are just having the best life.

There are two main reasons for it.

The first one is a great marketer. One of the pigs does the propaganda of the administration and convinces the other animals why they have less. He’s good with words and tricks everyone into buying the bullshit.

The second reason is the dog squad. If there was a disagreement on something, the dogs were used to threaten. If the pigs rolled out an order or punishment, the dogs guaranteed that they were carried out. All without any questioning.

The pigs learned how to read quickly, and acquired different types of knowledge from books they found in the farmhouse. The dogs were not interested in reading anything except the rules of the pigs.

I hate the pigs in power. They become clearly the worst animals on the farm. However, it is also common to despise the dogs. They behave like accomplices and execute all the bad deeds of the pigs.

They have a shared responsibility for the injustices that happen on the farm. But I would say the scale is heavier on the pigs’ side. They are the brains behind the actions. The dogs are just the strong paws that execute them.

Who are the dogs and pigs in our societies?

I don’t go further away from the book on this. The dogs are part of the law enforcement of our societies, mostly formed by police organizations.

More specifically, the inhumane part of the police. The one that sees themselves as predators and certain groups of society as potential enemies they have to hunt.

The main reasons for dogs to commit racial profiling and disproportionally attack minority groups are:

And one reason feeds the other. An organization packed with racist individuals is more likely to maintain institutional racism. Which on its turn gives legitimacy to individuals to externalize their racism. 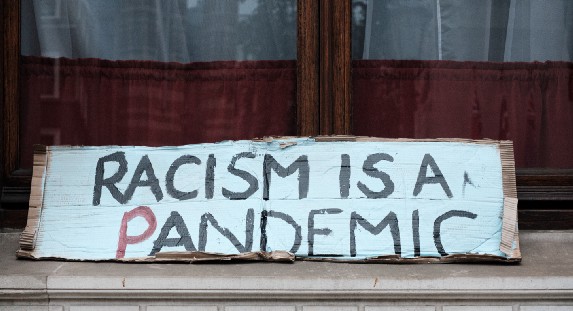 That’s an old problem ingrained in our repressive history. Almost all countries in America have a past with slavery. Laws existed to repress and control the black population and law enforcement was responsible to apply them.

To this day this debt has not been settled. Although the black population is equal in law, it still does not have the same economic opportunities. They are also more likely to be killed in police interactions.

The immigrant populations suffer from a similar problem but from different historical and political contexts. In some matters, they aren’t even equal according to law. They enjoy fewer economic opportunities, while also being disproportionally targeted by law enforcement. 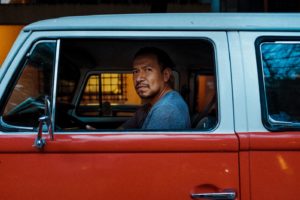 Photo by Frederik Trovatten.com on Unsplash

Both populations have marginalized fates in the end. And this fate has contributed to their image inside law enforcement groups, building systematic and institutional racism.

what about the pigs?

Ah, the pigs… Well, we all know who the pigs are. They are the ones excessively arming the dogs and sending them after the population. Just to name a few.

Pigs can overmilitarize their police and build an army against their own people. In some cases, this army of dogs does not only work to ensure public safety. It also ensures the maintenance of power in the hands of certain groups.

Photo by Lou Levit on Unsplash

I cannot put the responsibility of this mess solely in the paws of the dogs. They have their share of the blame, but many are just blindly following the orders of a fucked up system.

Behind every action from a dog, there is an order from a pig!!

And what do we do to change it?

The point is taking part of the load from the men with guns. Things like dealing with the homeless population, mental health crises, domestic disputes, or problematic children in schools.

Anything they are not well trained for and shouldn’t be their concern. The money saved can be used to invest in the community and in other professionals that are more capable of dealing with these situations.

Community investing means easying the way to homeownership, creating jobs, and improving the general quality of life in the communities. Such strategies can even prevent crime.

In the end, you will have less trouble in this community. Is this hard to get? Build equality and social justice and voilà: people have fewer reasons to break laws and you need less police.

We don’t gain much taking the repressive road thinking it will solve all the problems. You can create the biggest army of dogs, if you don’t solve the root problems, it’s the same as trying to paper over the cracks.

You will just end up with an endless war against your own population. And an ocean of blood in your hands and paws.

As of the money that is still invested in the police, I would say that we could invest less in militarization as if they are going to war. I don’t get the need for grenade launchers or armored vehicles.

Some of the money could also be invested in training and humanizing the bad dogs of the packs. The ones that have that personal racism. Many times, this type of racism can come from ignorance and misinformation.

Ignorant and badly trained cops will more likely turn into racist predator dogs. And we don’t need them in our law enforcement, we need humans.

Finally, we have to pass the administrative powers into the hands of people that are willing to do the necessary changes in the system. This includes putting in practice the measures discussed in the previous paragraphs.

It is the bare minimum that we can do with what we have today. However, we also have to recognize that, in the political system that we live in, oppression is key.

Capitalism feeds on inequality. It concentrates power through capital in the hands of certain groups while it explores others. We can start voting better, but there is no way of being completely anti-racist without being anti-capitalist. Our whole political system has to go down for real change to occur.

Disclaimer: I am not saying we should take the path of the former USSR or the one taken in Animal Farm. We’ve seen the results and they did not look good.

But we have to accept that capitalism is not going to give us the tools we need to build a society that is free from inequalities.

I dream of something bigger! I don’t know when or how it will come. But I am dreaming. And while we are on the way of it, let’s focus on restructuring the institutions we have now. We don’t need dogs in the police nor pigs in power.

Educated as a biologist and educational researcher. Employed as a QA engineer. Loving CrossFit, biking, and WebDev in my free time. Insta: @gilbertoalmeidan