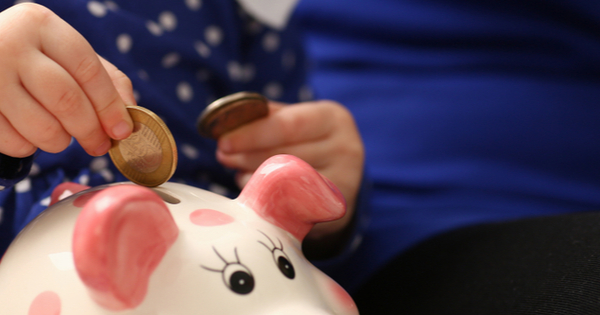 Parents are normal people that somehow made the decision to have children. None of us really thought about what that would mean because if we did then there is a good chance that there would be a lot fewer children in the world.

I kid, of course, just a small joke.  Parents aren’t normal people because normal people wouldn’t decide to add a surcharge on everything they do or own for the rest of their lives.

I’m talking about the self-imposed tax that comes with having children that each parent eagerly submits anytime they want something, want to do something, or even thinks about something. Right now, my daughter got out of bed and grabbed my wallet. She took out my credit card and said something about a down payment for a cement mixer to be here in the morning. I’m not really sure but it doesn’t matter because I didn’t even stop her, I just want her to occupy herself long enough so I can write something funny.

Let’s say that a parent wants to go out on Date Night. It’s a very popular concept and is highly recommended by all the marriage counselors that do not have children. If they have children, they would never recommend this.

Here is why:  dinner for a couple that is trying to live moderately, as we all try to do since most of our money goes to our children and for silly things like food, is probably about 50 bucks.  Next, you will probably want to see a movie.

The movie is going to cost you another 20 bucks and that’s without popcorn which is fine because that is why you went to dinner first. Already you are up to 70 bucks for a decently cheap and well-budgeted date night. But here is the kicker.

Because you have children, add 60 bucks to that total, if you are lucky. Sometimes it’s more.

Why 60 bucks? Because that is the price you pay just because you had children. That is the self-imposed tax that you place on yourself to punish yourself for no longer living the carefree life that a disposable income brings. This is the way society works and there is even a person that takes that special tax. It’s called a babysitter and it is required when you want to do something that doesn’t involve children.

At least it’s convenient though. They usually come straight to your house and watch your TV, eat your food, and drink your liqueur. Occasionally, they might invite a lot more tax collectors over to further make fun of you. Sometimes they invite boyfriends over as well and they do things that you and your wife can’t do anymore because you ate too big a dinner at the restaurant and your tummy is full.

This is the surcharge of being a parent and it’s what you do in order to remind yourself that at one time you could just go see a movie and eat a reasonable dinner without paying anyone anything.

As a parent, you will try to get around this surcharge but it never works. Say you choose a babysitter that is 25 years old. She is going to cost you at least 20 bucks an hour. A movie lasts 2 hours, get a dinner in for an hour and you are already above your 60 dollar limit. So you decide to go younger, perhaps a teenager. That’s better but also perhaps a little less trustworthy. So now you are selling out your peace of mind just to be able to afford a piece of cake after your dinner. But it is cake and cake is worth a lot.

You can go the preteen route and hope to the heavens that while they are not texting that they are watching your children but in actuality, they are texting their babysitter friends and they have all decided to just walk off the job and go to the soda shop.  Or wherever they go, I’m not really sure.  It’s at least a risk of the preteen babysitter.

Of course, you could always leave them with your own parents but don’t you see how this works? That means that your own parent is going to think you are a lousy parent.  Oh, they say they want to spend time with the grandkids but that’s only because they want to judge you and how you’re not as good as they were.

And we won’t even warn our own children of this because we are hoping that one day, far far down the line, we can all just afford to have a good steak dinner and a night out from the nursing home.

I think we’ll just eat in.

Previously Published on Hossman at Home