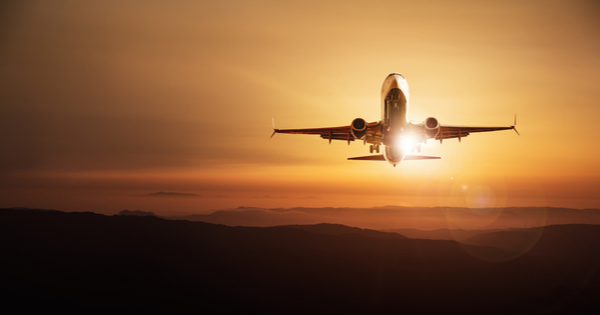 My Dad was a pilot for Eastern Air Lines for 37 years. When I was six years old, I sat on his lap and manned the controls of the Lockheed L-1011. We were traveling at nearly 600mph, with 300 people on board. It was a different era, for sure.

And, as usual, that’s where the story begins…

Before taking off my dad would file a flight plan and order up to 26,000 gallons of Jet-A fuel for the flight.

I never really learned to fly anything after my time at the yoke. Kinda ironic considering my current frequent flyer mileage is equivalent to visiting the moon….twelve times.

I was enamored with airplanes as a kid. Still am. And along the way, I learned a thing or two about flying.

I learned that in air navigation there is a rule of thumb called the 1 in 60 rule. It states that if a pilot is off course by just 1°, and travels 60 miles, the plane will be off course by one mile. No biggie.

But if the plane is off course by 5 degrees and the plane flies for an hour at 600mph, you’re no longer landing in Los Angeles. You are now landing in Sacramento, my friend.

In reality, that’s kinda the way airplanes fly. See, the flight plan simply outlines the intention of the pilot. But once the wheels leave the ground, there are variables like wind, weather, air traffic and turbulence. It’s estimated that 90% of all flight time is spent off course. The role of the pilot and the air traffic controllers is to make constant adjustments to bring the aircraft back on course. But, with the right adjustments, about 75% of the 44,000 daily flights arrive on time.

The theory suggests that we cannot grow unless we move from order to disorder to reorder. The word “Disorder” here represents anything that significantly disrupts our lives – Cancer, pandemic, job loss, business failure, etc. You get the point. Things we have to move through to grow.

Like the airplane, we spend the majority of our lives off course; often having to deal with unanticipated variables. Variables like addiction, job loss, illness and/or economic uncertainty.

Since it’s just you and me talking here, I need a moment of full-disclosure. I know as much about theology as I do about flying. And, trust me on this one, if both pilots are incapacitated on a flight, you and I have the same probability of putting that bird down safely on the numbers.

So let’s take these stages one at a time. Maybe we can learn something together.

The Order stage is when our lives are bumping along as anticipated. Pride is at an all-time high. The universe is cooperating. No bad weather or turbulence. And, things are more or less predictable based on what we’ve learned about life, so far.

Order can be calming and re-affirming-and I can start to feel invincible: “pickin-em up, and layin-em down”, as the kids like to say. Don’t you think there is comfort in the ordinary and predictable nature of life? I do.

These are the times when every dimension is firing on all cylinders. You are at an optimal performance level emotionally, spiritually, financially, relationally, physically, occupationally and parentally. Okay, parentally isn’t really a word but I’m on a roll.

Everyone and everything is following the rules of the universe….at least for a minute.

The Disorder stage is kinda the evil step-sister of the Order stage. When she shows up she is smoking a Marlboro Red and drinking a warm can of Budweiser. She is pissed off. She doesn’t bother to remove the cigarette butt from her lips before she tells you to kiss her ass.

You can bet that when Disorder shows up at the party, some property is gonna get destroyed. And everything is gonna smell like smoke and stale beer after she’s gone. Think: fraternity house basement.

Disorder turns life upside down. Like the time I got laid off from my job, unexpectedly. And they FedEx’d me a copy of What Color is Your Parachute? Nothing says you’re fired like a book on identifying your “parachute” color. I felt like I’d been shoved out the door of that L-1011 at 600mph with no parachute. And, all the rules of the universe went out the door with me.

The best word to define the Disorder stage is confusion. But you can substitute disappointment, anger, grief, sadness, exhaustion, stress, fear and/or anxiety. Or any emotion you’ve felt in the last five months.

You might have surmised that we are currently in the Disorder stage.

It’s like Dante forgot to add the tenth circle of Hell to The Inferno. It would have been called “2020”. As Dante so aptly described, it is “far, far away from the light and warmth of the sun.”

The Disorder stage is a stark reminder that the rules no longer apply. And we are no longer invincible.

See, right now the normal rules of the universe are not working. Unemployment is through the roof, yet home starts and sales are at record highs. Schools are in session, but from mostly from home. And entire industries like airlines and hotels and cruise lines are toast. Yet the stock market is at all-time highs. Right now things are just weird.

The Disorder stage is a stark reminder that we are not in control of our lives….ever. And that the rules only exist to keep order within the Order stage. Remember the Order stage? Those were the salad days when we didn’t need any rules cause we were invincible.

Ann Masten, PhD, a psychologist and professor of child development at the University of Minnesota, suggests that the entire country is operating on surge capacity”. Surge capacity is that mental and physical ability to adapt during fight or flight situations. The problem is that surge capacity is really intended to be of value during short-term survival situations.

This theory applies not only to individuals, but to relationships, families, communities, hospitals, etc. The challenge is that the resilience of any system is dynamic, but also finite. And, once fatigue sets in, our ability to rebound becomes limited.

Now sprinkle in the truly bizarre world of the 2020 Presidential election. For God sakes, out of 320 million people these two bozos are the best we can do? One is an egomaniac and the other doesn’t know where he is. It’s downright sad. (Sorry, I think I have wandered off-script.)

See, one of the things I’ve learned is that Disorder has to find its natural bottom. And you cannot force rock bottom to happen, no matter how hard you try. Rohr refers to this long journey to the bottom of Disorder as “necessary suffering” and we do not go there willingly. We have to be brought to our knees.

It’s usually during the transformation stage that we start to reorder our priorities. And, that is where the spiritual growth happens. Five months ago I wrote about this in a story called The Great Reordering:

Once a natural bottom emerges, it’s time for the dead-cat bounce. The term is derived from the idea that “even a dead cat will bounce if it’s dropped from a great height.” And that bounce is the beginning of the end of Disorder.

The best word to define the Reorder stage is Resurrection. It’s the beginning of something new. The fog of Disorder begins to lift.

When I finally got another job after being laid-off, I was incredibly grateful. And, I assure you that I was wiser and “humbler” than before. And I never felt invincible again. Ever.

You can bet that when a vaccine gets widespread distribution, we are gonna go into the Reorder stage at warp speed. Like a Lockheed L-1011 with a couple of rocket boosters attached to the fuselage. And a six-year-old kid at the controls screaming, “hang on Daddy, let’s see what this thing’ll do.”

For the time being we will continue to bump along in the Disorder phase. But it’s never too early to start being grateful for where we are. Grateful for who we are. And, grateful for the opportunity to live in the greatest country on earth; warts and all.

If you enjoyed this story, I’d be grateful if you email it to a few friends. Maybe they’re deep in the Disorder stage and need to hear from you. And, remember that #nothingbeatsnice.

Tom Greene is an author and blogger. He lives in Atlanta, Georgia with his wife and daughter and two wiener dogs named Lulu and Maggie. His writing can be found on-line at www.TomGreene.com. 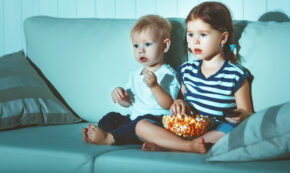