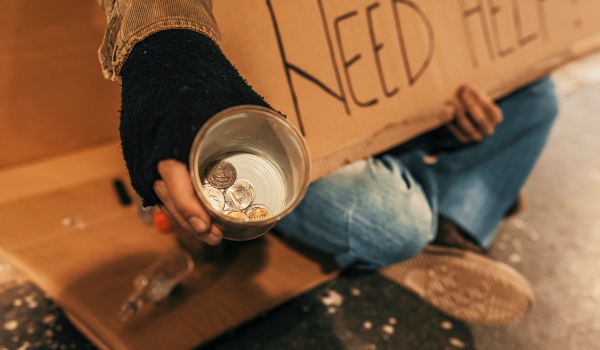 At last, Canada stands with other developed nations when the federal government launched our first National Housing Strategy (NHS) this week. While this historic step forward represents what many activists have been calling on for decades, is it time to rejoice?

Will the staggering $40 billion dollars promised over 10 years amend nearly a quarter of a century of federal inactivity on public housing? And will the national strategy provide for the more than half a million Canadians currently in need of affordable housing?

Since the 1990s, federal involvement in housing has been limited to piecemeal approaches aimed at homelessness or affordable housing. This has resulted in some positive outcomes with the Homelessness Partnering Strategy (HPS), giving communities resources to address local issues. However, Canada’s overall record on reducing poverty and homelessness, along with affordable housing (both subsidized and market), has drawn international scorn. And the problem continues to grow.

Perhaps the National Housing Strategy can finally help rectify this situation. But only if we implement it right.

In Canada, on any given night, 30,000 people have no place to call home and a stunning 3.1 million Canadians have low incomes. In addition, the incidence of child poverty remains prevalent with Manitoba topping the list at 27.5 per cent of children in poverty compared to 17.4 per cent nationally.

There is also a growing awareness of the extent to which income inequality has punished the middle class in Canada, eroding incomes and creating an emerging crisis in affordable housing, particularly among the working poor.

There is an estimated 1.7 million households who are in core housing need and expend significant resources on shelter costs (the majority being low incomes renters). Perhaps, not surprisingly, over half of households in core need reside in Ontario and British Columbia where housing prices remain stratospheric and the dream of “comfortably” owning a home has faded over the last decade.

So how will the new federal housing strategy help?

The $40 billion goes toward a set of initiatives aimed at lifting more than half a million out of housing need over 10 years. This will be done by building affordable housing and providing support for rent subsidies while continuing to combat homelessness.

Most critical to the plan is building 100,000 units of new housing and repairing of an estimated 300,000 units. Some 385,000 existing units of social housing will also be eligible for subsidy and support. These investments are critical in protecting the stock of housing units that were federally supported but sorely in need of renovation.

Much more has yet to unfold on the partnerships among provinces, cities and community organizations that are central to both delivery and financial contributions.

persons with lived experience who are to play a fundamental role in providing insight, knowledge and guidance on the strategy’s development and its implementation. This represents an important and respectful step forward.

So what needs to happen now?

First the strategy must align with other federal initiatives aimed at reducing poverty, addressing mental health and homelessness and delivering affordable housing.

Our country has changed dramatically over the last two decades with regional differences becoming more acute. The strategy will need to be flexible, allowing for a regional, bottom up model to locally define and address issues. Alignment with provincial and municipal jurisdictions will be fundamental to leverage federal dollars and attract further investment, including private dollars.

An incredibly important task will be to address the root causes of homelessness and poverty and balance this with the need to build a range of housing types. Additionally, providing the right set of supports for vulnerable persons to remain in housing will moderate the revolving door of homelessness.

The NHS packs a wallop with its $40 billion investment, but the devil is in the details. We need to get working, making sure the investment is used wisely and addresses the core problems behind our affordable housing and homelessness crises.

The announcement of the National Housing Strategy marks a good day for Canada. But let’s not celebrate too long; we have much work to do, ending homelessness one person at a time.