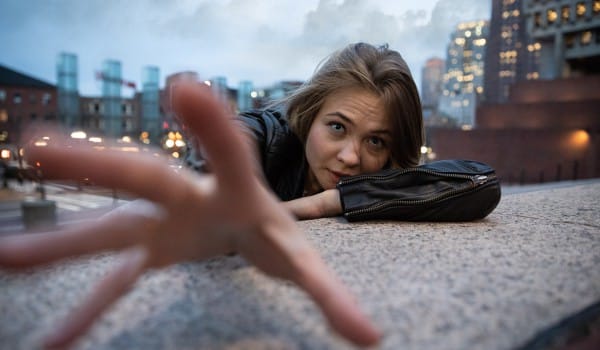 After having two immediate family members diagnosed with cancer, having survived widowhood, and now newly divorced, I suspect I’ve become the next “school of hard knocks” poster child. That if you look up the word suffering in Webster’s Dictionary you’d see my face.

I know there are those who love being the center of attention. Individuals who enjoy a little drama and seem to feed on it.

That, however, is not me. I abhor being the center of attention.

I didn’t go looking for this honor. But since I have been given this rare privilege — if it could be called that — of having firsthand knowledge of suffering, I thought I’d share some of the wisdom I’ve gained along the way.

Here’s my list of the top ten things NOT TO DO the next time you are called to support someone close to you who’s undergoing a crisis:

#10 — Don’t remind them that they’re worrying needlessly when they confide their fears or concerns about a possible upcoming test result.

This is dismissive. Yes, it’s easy to worry needlessly about something that hasn’t happened yet. It’s human nature. This comment comes across judgmental rather than supportive.

#9 — Don’t remind them that it could be worse and then share a horror story you overheard or read on Facebook.

Don’t distract the conversation by telling a story. Such diversion doesn’t help but rather reveals our struggle to be empathetic when facing a crisis. Our loved ones are well aware that worst things can and do happen to other people. This is about them, not the rest of the world.

Complimenting someone doesn’t impart more strength nor does it shore up emotional shakiness. This comment, rather, minimizes the sufferers’ pain and dissuades further discussion of difficult topics.

#7 — After a death in the family, don’t tell surviving family members that Heaven needed another angel

First off, this comment lacks validity. If an all-powerful God wanted more angels, he could have commanded their creation with a single word. He doesn’t need the death of our loves ones to fill Heaven. Grief is emotional reaction full of feelings — especially anger over the unfairness of death. This comment stirs up a sense of injustice rather than comforts.

We cannot assure someone that their life will improve. This platitude only makes us feel better, not the listener. Plus, faith often is grown through surviving hardship.

#5 — After a divorce, don’t remind that newly single person that there are better fish in the sea and that they will be better off without the ex in their life

It may some time before a divorced person is able to stop being invested in the outcome of the ex’s life. It’s difficult to shift from having this person be the center of our life to not being in our life at all. Although this comment may be true, it is often ill-timed when spoken.

It is best to wait on sharing diets and alternative treatments until asked. The ones undergoing some type of medical challenge know we know about such things and will seek more information if and when ready. This type of advice is always well-meaning, but usually given at the wrong time. Wait until asked.

All forms of suffering is more than any of us can bear. Frankly, it sucks when life gets hard. This comment doesn’t understand God very well and alienates the hearer.

#2 — Don’t change the topic, if a difficult subject is brought up

Sometimes it can feel awkward to be around someone who’s in a lot of pain. Oftentimes we feel powerless or useless. We don’t know what to do or what to say. The gift of our presence and a listening ear is more than enough.

With this, we’re suggesting that the surviving spouse will never know love again — something we can’t know about another person’s life. Rather than being a sweet sentiment, it comes across hurtful and is best not said.

1. Sit in the silence with our loved one or friend

This is the greatest gift we can give to those who are in a lot of pain. It gives them permission to be themselves.

2. In our next conversation ask what would be helpful to hear

Asking takes the mystery out of knowing what to do. It helps to reduce our sense of powerlessness while ensures we show up in a useful way.

3. Ask how they are doing

By checking in, we convey we care while giving them permission to share what’s on their heart. Hurting people are often not asked this question which inadvertently gives the message that their pain is invisible.

4. Listen without giving advice or suggestions.

Suffering people often feel bombarded by too much to do. Our suggestions only burden them further. It is much better to simply listen, which demonstrates that their importance to us. After all, we all want to know we are seen and that our pain matters.