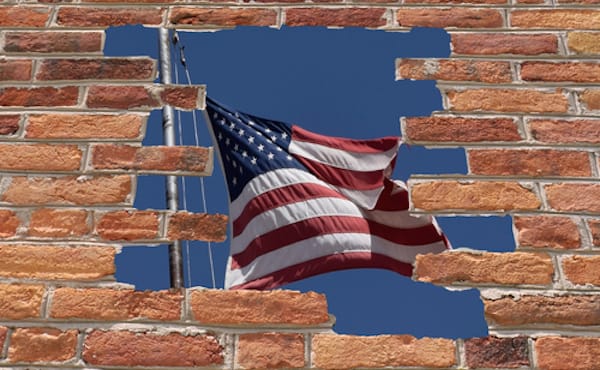 At this point, those of us who live in the United States are at an inflection point in the Rule of Law. Are you and I equal citizens, born to inalienable rights in a democratic society… or is the President of the United States elevated above us by being appointed to his office? What I argue is that we specifically built a society—one that was so important to the founders that they abandoned their cultural and political history to declare WAR upon their government—that NO man is above the law.

If we read the Mueller report, not the pundit’s take on Fox or CNN, but the report itself; it lays out a pretty good case that but for a single opinion within the Justice Department, Donald Trump would have been indicted on charges of obstruction of justice.

So we have to ask ourselves as a people—not as Democrats and Republicans—but as a people… do we have one rule of law for those in power, and one for those who aren’t… or are we equal citizens who bow to no monarch?

Look at the trust destroyed by police officers who suffer no consequence in unjustified killings. Entire communities believe, rightly or wrongly, it is what they believe, that the police are not there to protect them. That the police are unaccountable to the law when they murder citizens of their community.

Now apply that same problem to the Federal Government... rightly or wrongly, does an unaccountable Executive protect the American People or protect his own interests? Does that trickle down to the other branches of government, or the cabinet? Can we accept a King accountable to no law? Leaders have quite literally been beheaded for this very problem, or forced to sign the Magna Carta saying that it would never be a problem again…

Facebook19Tweet3PinEmailShares22
wpDiscuz
0
0
Would love your thoughts, please comment.x
()
x
| Reply
Share this ArticleLike this article? Email it to a friend!
Email sent!