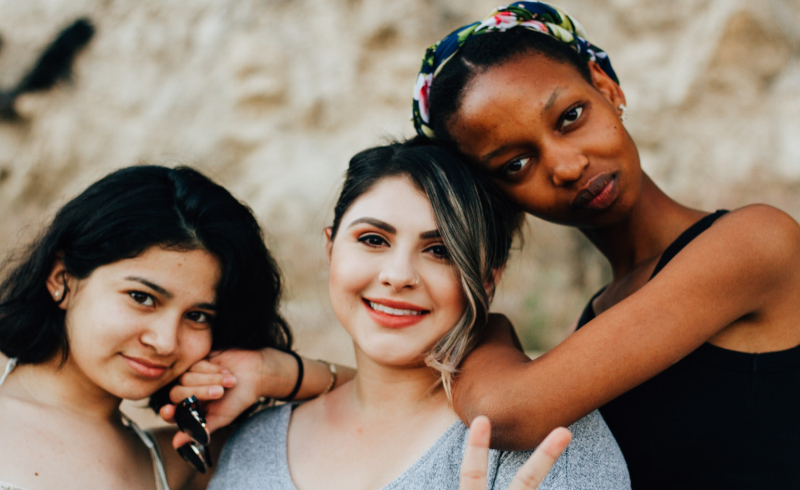 Dear Dating Coach – I have been dating a woman for almost three months. Lately, I have been confused about her behaviour and need help to understand what is going on with us and what I can (should) do about it.

Our relationship has gone from her calling me “sweetie” and asking for more intimacy; to telling me that I am pressuring her and need to stop pushing so hard. I have no problem going at whatever pace she is comfortable with, and I have told her this. In the past few weeks, she has cancelled plans on several occasions, saying that she needs time to think because she feels afraid and uncertain about things. When I ask her to share her feelings with me, she becomes defensive and asks me to leave her alone.

I have told her to do what she needs to and I will be here when she is ready. After several days of no contact, she did call and ask me about my weekend plans. This is becoming very confusing. Do you have any ideas about what I could do to break this cycle and/or what she may be afraid or concerned about?

When my friend sent this email to his dating coach, my first thought as a woman was, the problem seems obvious — at least to me.

Her feelings had changed. The reasons were unclear, and somehow they didn’t seem to be as important as the simple truth that it was over.

But then I also thought about writing an article regarding the same, so that people like him could get some understanding of what went wrong. It could help him and people like him to make the right decisions now and avoid repeating this pattern in future relationships. Therefore, my personal advice to him included a recommendation that he ask her for honest feedback regarding her feelings about him and the relationship.

Armed with a carefully scripted and thought out approach to the subject, he was increasing his chances of opening up a useful dialogue with her that, at the very least, could offer him the insight and closure he needed.

After careful preparation, he arranged for a talk about them. Things got off to an okay start, however, she soon began to act defensively and then shut down, essentially refusing to discuss her feelings or answer his questions directly and/or with candour. This left him with a decision. Should he step back from pursuing this discussion with her, just maintaining the status quo; or should he take action based on what he believed was the problem and what would be in his best interest over time.

He struggled with making this choice because he was able to rationalize her behaviour and make up plausible excuses for what was happening.

This left him with (false) hope and a feeling of powerlessness.

As a writer with expertise in relationships and dating, sometimes I myself receive (and answer) many emails from men like the one above. My advice is based on the knowledge and expertise gained from years of experience in working with the complex dynamics that occur between people. However, as the world of meeting and dating continues to evolve, I have found it useful to talk to the people who are out there living it and gather their insights and observations.

I approached a group of 20-30 something, professional, single women on social media to share their thoughts and reactions to the above email. Our discussion also covered their likes or dislikes, turn-ons and offs and the qualities they look for in a potential partner.

I wanted candid, unedited comments that I could share with everyone and with all the guys out there who are confused by the behaviour of the women they are meeting and dating.

Their feedback on the email question was fairly consistent. His girlfriend’s feelings had changed. They believed she wanted to break things off but didn’t know how to or was uncomfortable being the bad guy. One woman shared that in at least one of her past relationships, she had behaved very badly towards him, hoping HE would end it.

Another woman stated, “There are women out there who act very lovingly in order to get a guy, then become who they really are once they have him.” All agreed that he should end it and give himself the chance to meet someone who is ready for a relationship and truly wants one with him.

On the subject of men who turn them on, the women came up with similar attributes and ranked them in order of importance. Sense of humour and intelligence topped the list. We discussed these as critical components in friendship and compatibility. Attributes such as stable, mature, positive, loving and good father material all weighed in equally as close seconds with the 30 somethings.

The younger women stated that they have not given much thought to the importance of those things yet. All of the women said that their ideal guy had to be the right type, even though the two groups differed somewhat in their preferred type. Adjectives like clean-cut, polished, conservative, not too conservative, very confident and with a certain style of dress- were used to describe Mr Right.

When I asked for their list(s) of turn-offs and pet peeves; the conversation turned to physical attraction, which had little mention in the first part of our discussion. All stressed the importance of good sexual (and overall) chemistry.

They cited attributes such as “too frail”, “crooked teeth” and “overly muscled” as deal-breakers for them. The younger group of women placed a greater emphasis on looks and a need for excitement in their relationships. All agreed that they would not choose a partner who was lacking in ambition and/or who was egotistical and (most likely) unable to be the other half of a giving and supportive union.

The subject of dating brought up the greatest difference in views between the two age groups. The younger women had a less defined view of what a date is. Meeting at a bar, a last-minute get-together and sharing the tab were all seen dating, when out with a non-platonic friend. However, the 30 somethings felt a date should be arranged ahead of time with one person (formally) asking the other one out. All felt that the woman should at least offer to split the tab, but that the man should always pick up the check.

Though, all agreed that hooking-up and booty calls are never dates.

The women all said that when they really like a guy their feelings are expressed in the way they treat him. One woman stated that words are not the way women usually express their interest- especially early in a relationship. Everyone agreed that a man can know how a woman feels by the nice things she does for him. If she shows a lot of interest in him, cares about what he has to say, and wants to know what is going on in his life- she really likes him.

Lastly, we discussed the telltale signs of a woman’s lack — or loss — of interest. They will not answer (or return) calls, say they are busy/unavailable or use some indirect way to communicate their disinterest. The key point they all agreed on is that women ‘are taught to be nice, not mean’. This is probably why you guys out there are so confused when a woman says one thing and does another.

The differences between men and women have been talked about in books, portrayed in film and used in some of the best punchlines. This us/them emphasis seems to have contributed to the misinterpretations and poor communication that so many singles lament.

Honestly, I think that in dating and relationships communication will be improved when men and women learn to listen to and really hear, what each other are saying (verbally and non-verbally). Deep listening without an assumption that interpretation and translation are required and should help to bring clarity, openness and candour. Imagine a dating game where everyone speaks the same language and there are rules for fair play. I’m already imagining an inbox that is not constantly overflowing.

An unshakable optimist with an undying passion for writing.