Get Daily Email
Join/Login CLOSE
Home / Featured Content / What Happens When Your Roommate Gets COVID-19? 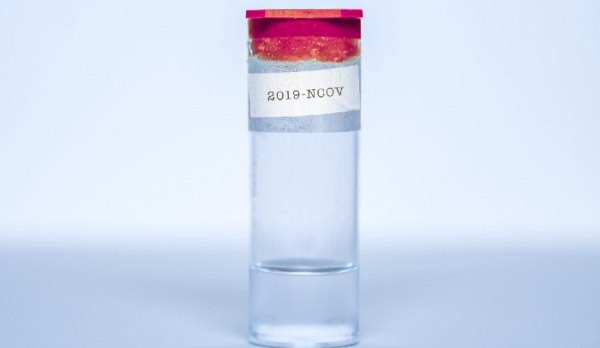 The first thing that happens is you realize any plans you made for this contingency aren’t adequate. Especially when one of the roommates has very little money.It’s one thing to have very little money right now because you’ve been laid off or fired. It’s another entirely when the roommate is a pie-in-the-sky dreamer, with big plans and fairy tale, networking schemes, and no real money to live on besides paying for one room in someone’s home. Oh, and no health insurance.

Lest you think me a hard-core, pull yourself up by your boot straps person, let me assure you, I am a radical social justice warrior. I’m also someone who supports the dreams of others, but I’m learning that those dreams have to have a basis in reality. Even during a pandemic. Especially during a pandemic. Especially when those dreams had little basis in reality before the pandemic.

So here we are. I am, fortunately, in Taos, New Mexico, currently masking, social distancing, and isolating at a friend’s home. But I’m headed home soon.

He is in my apartment in our town, and believes he came down with symptoms a day or two after I left. He waited a few days before telling me and before getting tested. I’m trying to hold out on deciding what to do until we get the testing results. Meaning, do I come home to the apartment, or find somewhere else to stay for awhile? Or do I ask him to?

To complicate things, my son is moving to Los Angeles on July 6th, and my sister is planning to come stay with me July 2nd through July 4th, in order to see him before he leaves. Oh yes, and to watch the performance of “Hamilton,” with the original cast on PBS together on July 3rd. We’re Broadway nerds like that.

Photo by Pixpoetry on Unsplash

When my roommate first moved in, it was to be for a short time while he and his girlfriend “took a break.” That three month break has become nearly a year. I don’t know what happened there.

Don’t get me wrong, having a COVID buddy turned out to be a relatively good thing, when we were entirely shut down. Except for my biweekly grocery shopping at the most sterile grocery in town, and the occasional take-out, plus Home Chef delivery, we were isolated. He stayed in his room all day while I worked, then we made dinner together and hung out.

When Texas began reopening, he and I mostly stayed isolated. I did the occasional dinner out, complete with mask, ordering and paying by phone, and eating outside.

However, one of the ways he had earned money in the past was by giving massages. As Texas reached it’s second reopening level, he spent one full day giving six massages at someone’s home. We had discussed that if he did any at all, he and they would wear masks, and he would wash his clothes and shower as soon as he got home.

I didn’t factor in the fact that I couldn’t know firsthand if he took any precautions other than the showering and washing of clothes once he came home. Sometimes you have to trust. Maybe this isn’t that time.

Being roommates requires a lot of trust and camaraderie in the best of times. During the pandemic, we are each of us, all of us, doing the best we can with limited information, and sometimes limited options.

I’m aware that his options are more limited than mine because of finances. Partly because of that, we had discussed at the beginning of the pandemic that if either of us got it, we would isolate in our separate bedrooms and bathrooms until testing negative. The apartment set-up makes that possible.

What we didn’t consider is how to share the kitchen, how to prepare food, the washing of clothes, and all the other shared tasks and spaces of life.

Photo by Josh Helmsley on Unsplash

It looks like now, we may have to figure all that out. I’m also going to have to rent an AirBnB for my sister and me to stay in when she arrives on July 2nd, so my son can come see us both before he moves. Then I’ll need to have the apartment sterilized once my roommate tests negative, or even if he just shows antibodies from the antibody test I’m requesting he get, no matter the results of the original test. I’ll be getting one, too.

I work from home, as many of us do now, so there isn’t a permanent solution. I’ll be back at home, no matter what, on July 5th. If he tests positive, I’m requesting he go to the hospital, although there’s no guarantee he’ll be admitted.

This is an impossible situation to which I wish I had given more forethought. Balancing friendship, caring, concern, personal safety, and the safety of loved ones is a herculean task.

Obviously, the best solution once the pandemic became known would have been to ask him to move out. I didn’t have him sign a lease originally because I thought the stay would be a couple of months at most. Live and learn. Or, in this case, maybe we learn but don’t live. It’s that serious, although many of us tend to forget that, or to choose not to think about it.

Please learn from our example. Plan extensively now for all eventualities. Also, mask up and social distance everywhere. They really are small prices to pay for staying safe and keeping others safe. And alive.

Addendum: He did test positive. I discovered there is a free isolation facility where three free meals a day are served, and PPE is provided. It’s for people who’ve tested positive, but aren’t sick enough to go to the hospital, and are there to keep from infecting others. I’ve requested he go there until he tests negative. I’m on my way home today, and he hasn’t agreed yet.

Addendum to the Addendum: He went to stay in a motel. He preferred to not be isolated with others who have COVID. I had the apartment disinfected. I’ve requested he stay away until he tests negative. He’s much younger than I, and neither of us wants to risk my catching it.