Mort Fertel gives you ways to rebuild a relationship in the wake of infidelity.

How would you react if you found out your spouse was cheating on you? Would you ‘kick ‘em to the curb’, so to speak, or would you give them a second chance? Though it may seem like there’s only one right answer, every couple is different, says global marriage expert Mort Fertel.

“While you may think you can never forgive a cheater, the truth is, you don’t know how you’ll react until you’re in the moment,” says Fertel, author of Marriage Fitness and the creator of the Marriage Fitness Tele-Boot Camp Series

“Faced with the prospect of splitting up or excusing an unfaithful partner, many people choose to forgive and move forward. These people aren’t weak-willed or crazy, they simply analyze the costs and benefits of their options and decide that staying together is the easier of the two paths. When you are forced to consider undesirable circumstances like sharing custody of children, paying alimony, having less disposable income, living in a smaller house, or entering the dating pool again, working on the relationship often comes across as the better of the two options.”

If, in the wake of infidelity, you think your marriage is hopeless and you’re ready to throw in the towel, it might be time to call in a lawyer. If however, you still feel like there is room for reconciliation, try these steps to improve and rebuild your relationship.

Though it may not seem possible, the affair will likely run its course. If you love your wife and see a future where you’re able to forgive, hang in there. Affairs are founded on lies and deceit and tend not to grow into a deeper connection. If you’re willing to put effort into saving your marriage, part of what that requires is biding your time and waiting to see how it plays out.

When you suspect your spouse is having an affair, it can be tempting to snoop. You may want to know as much about it as possible, but keep yourself in the dark. When you spy on your partner, you’re violating her trust. Though you may not feel like she deserves your trust and respect right now, two wrongs don’t make a right. Your marriage needs someone to take the moral high ground if it stands a chance of surviving infidelity. Maintain your decency and integrity rather than resorting to spying.

A part of you may want to detach from the marriage and hurt your spouse as much as she’s hurting you. It’s hard not to want to inflict some emotional pain on the person who has crushed your heart, but when you lower yourself to her level, you put your marriage even more at risk. When you’re kind, it tugs on their conscience and ruins their justification for cheating on you. They say “kill her with kindness” and when it comes to affairs, that’s often the only way to manage the situation.

Seduce Them All Over Again

Often times, people cheat because they want the initial thrill of a relationship all over again. Marriages can become stale or unexciting. Try seducing your wife like you once did early in your relationship. You might feel vindicated by withholding intimacy. But what does that really accomplish? It merely drives a wedge further into your marriage. Remember that the accomplice in the affair is the “other man”, you are the husband. Reignite the old flame and she’ll be reminded what she’s missing.

Infidelity doesn’t have to mean the end of your marriage. Figure out how you feel about the situation and approach your next moves with as much compassion and composure as you can muster. Take solace in the fact that it can happen to anyone, in any marriage. No matter how you decide to move forward with your relationship, whether you opt to separate or stay together, maintain your integrity throughout the ordeal and don’t resort to immature, vengeful tactics.

As hard as it is, try to stay calm and collected. Many guys go into full blown emotional meltdown. While this is completely understandable, you need to stay level-headed and make logical decisions.

Should I confront the other guy?

Ask yourself this question: “What is the aim or goal behind confrontation?” I’ve been in this situation. I confronted through email. I discovered my wife’s affair. She said she would end the affair by telling him she no longer wanted to see him. She didn’t end the affair. As it turns out she was stalling to work an advantage on her part to solidify the affair as an exit from our marriage all the while hoping I would believe she was ending things. I found out that he was unaware of me because she was pretending to be out of… Read more »

I printed cell phone records for months and laid quiet gathering evidence. If she is cheating on you, they deserve the disappointment they are headed for and until she gets burned by him, she’ll only resent you for trying to stop it. Afterall, it is an attempt to start a loving & meaningful relationship based on lies, fantasy, and deceit. Its like trying to put a rotten egg in the ground and growing a rose. Don’t ask for details, because you won’t like what you hear! I’ll never be given the opportunities my wife’s lover was given and I stay… Read more »

While an affair is absolutely devastating, it need not always be the end of your marriage. After the betrayed spouse has time to heal, it would benefit both partners to communicate about what led to the affair with no shame or blame, but out of a desire to heal. An affair is often a strong wake up call to your marriage and what can come after healing is an even stronger bond/marriage. Again, this is often very hard to see and as Mort points out, an affair need not end the marriage.

“While an affair is absolutely devastating, it need not always be the end of your marriage.”

True, if the husband has been gelded. If he’s a man, there is only one course of action. Throw her sorry carcass to the curb.

I think the act itself can be forgiven (although it’s understandable if it isn’t) But it’s the constant lying that cannot be forgiven. All the cards need to be laid on the table so you can start fresh.

And get yourself tested for every conceivable STD

I’m a big fan of Mort’s – especially his writings on the topic of saving your marriage “flying solo”. One person taking the high ground and changing their behavior (because it is who they want to be) is an effective way to regain self-respect, rebuild trust, and improve communication. But “give it time, don’t snoop, be sweet, and seduce her” doesn’t cut it when you first discover the affair. I understand the reasoning behind these, but they are out of context and should be considered only after she/he: 1. Acknowledges the affair and their responsibility for entering it 2. Realizes… Read more »

You forgot-
Prepare yourself for it occurring again & again.
Elissa is absolutely right- thinking that you did something wrong to cause this is just victim blaming.
Women run around because their husbands don’t provide enough _________ (or because their yoga instructor/personal trainer/
masseuse is so damned cute).
Men stray because they don’t provide enough __________ (or because that shallow slut hasn’t gotten the mileage of his wife).
Well you did do one thing wrong, tossed in with the wrong person.

You have to read between the lines to appreciate the motive for this level of placating – when women cross the line into infidelity, it is because we are pushed….this meme is widespread in society.

There is truth to the meme, but as others have said already, that truth is much more appreciated when women stray. Infidelity does not have to be the end, but it does beg for clarity and ownership of responsibilities all around. This article is not the roadmap for getting there.

I’ll give you 2 and 3. Snooping would just create an air of distrust that would never go away and keeping one’s composure is worthwhile even the face of such a situation. Depending on why she’s cheating on you 4 MIGHT be worth a try. But 1? Though it may not seem possible, the affair will likely run its course. And at that point the damage is done. The fact that the affair has ended doesn’t undo the damage. If you love your wife and see a future where you’re able to forgive, hang in there. While it would be… Read more »

Would you give a woman the same advice about her husband stepping out on her? Or is that somehow “Different” and requiring a more active approach? Somehow it sounds more like low self esteem being expressed, that even when victimized he needs to give more to make the marriage whole again. Or maybe it is a realistic fear of her legal advantage over him in “family” court, an advantage that may have been needed in the 50’s/60’s/70’s to level the playing field between men and SAHM women, but now is more of a bludgeon used indiscriminately. No matter what, it… Read more »

I’m sorry, but I can’t get behind any of this advice. “Give it time”?, “Don’t Snoop”?, “Catch more flies with honey?” ,”Seduce them all over again?”. Makes it sound like you’re totally cuckoled! I’ve been totally faithful to my wife for over 35 years and if I were to find out she wasn’t, well I feel it would be the ultimate betrayal!

If this article were on Jezebel, the only advice would be “Dump his cheating ass.” Articles written for female victims of infidelity focus upon reestablishment of the victim’s sense of control and self-worth as these things are important to our identities and oftentimes damaged by such betrayals. Why is an article written for male victims of infidelity advocating that the victim remain in a powerless, victimizing position? I want this gender-flipped. I want this article published on Jezebel as though it were written for women. And I want to see the flamewar blaze brightly into the night for months. BECAUSE… Read more »

Or maybe ask her why she has a fling?

Horsecrap. She cheated because of a combintion of 2 things. #1 She has low moral character. #2 He wasn’t a strong enough man to turn her on. He may have been what women say they want, until the “good man” gets boring and she sees a much stronger, attractive, confident man who will get her excited. Ask her why? She won’t tell you; she will just throw some psycho babble at you lik, “I’m just not sure where I am able to be at right now.” or “I need to find out who I am.” When you know the truth… Read more » 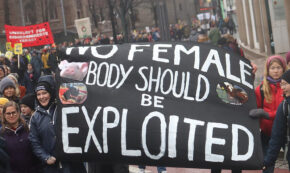 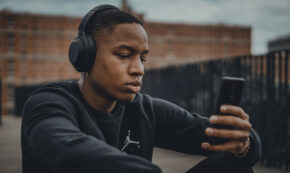 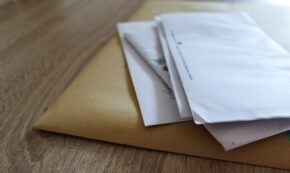 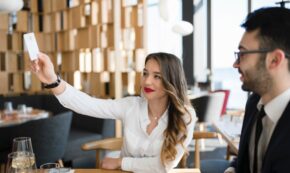 FacebookTweetPinEmailShares23
wpDiscuz
17
0
Would love your thoughts, please comment.x
()
x
| Reply
Share this ArticleLike this article? Email it to a friend!
Email sent!