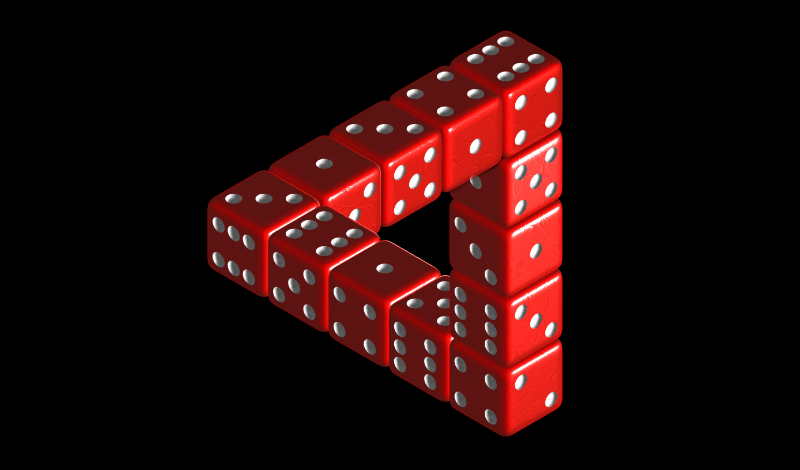 That needs to be said upfront, because it’s mathematically possible and I have no official medical diagnosis to prove otherwise. I’ve never been in anyone’s head but mine, and there’s a pretty good chance mine’s a little more whack than yours. I’m not sure.

So that’s my big caveat–that I might be totally bat-shit crazy, because I don’t assume (about this) that just because I experience life this way that you also do.

But I’m betting there will be someone–maybe you (hi!)–who’s also a little bit nuts. Maybe they’ll get it and think it matters.

It’s not the kind of thing you can observe. I maintain a calm appearance because I want to look like a cool customer.

But sometimes I’m not.

There are moments while flying where my body feels involuntary jolts of fear. All those “DANGER!” chemicals your brain produces during life’s least-calm moments. I sometimes experience that on routine commercial flights.

There are more than 100,000 flights every day around the globe. In the United States alone, there are more than 5,000 commercial jets in the sky at any given time. And how many non-terrorism-related U.S. commercial flights have not made their destinations in my lifetime?

Honestly, that ValuJet crash in the Florida Everglades in 1996 is the only one I can think of. Even a 2009 US Airways flight that hit a flock of birds and suffered total engine loss managed to land safely on the Hudson River in New York (an incident dramatized in the film “Sully”).

If you believe in math (and I totally do), it’s literally less than one in a million that something super-scary or dangerous happens on commercial flights.

And yet, there I sit, doing my best to wear my best Super Calm Guy face (I hide the fear pretty well), but on the inside feel all kinds of nerves whenever:

I stare at my phone. I read the same sentence in my book over and over. I maintain eye contact and a calm demeanor with anyone seated next to me I might be talking to.

But on the inside of my chest and stomach, I feel involuntary fear and anxiety as if I’m going to die any minute now, and my son and ex-wife are going to get stuck rifling through my house at the estate sale, with my ex-wife secretly celebrating my untimely passing so that our little boy no longer has to live in a house which clearly hasn’t been dusted or vacuumed in the corners for far too long.

When I was little, I used to have a reoccurring dream of falling–the kind that likes to happen shortly after falling asleep. It wasn’t a peaceful fall. The ground was rushing toward me, and I was afraid.

Of course, like in the dirty dreams where you never actually get to do the deed, I’d wake up before I hit the ground, and just sit there waiting for my heart rate to return to normal.

The Power of Information

I spent last week in Las Vegas for work, and because my company’s travel department hates me apparently, it had me fly through San Francisco on my way back to Cleveland. From Vegas. Don’t get me started.

I flew on four planes. I’ll fly on four more to get to and from Mexico within the next two weeks. I have a fair amount of air-travel experience. Nothing bad has ever happened.

I’m not afraid leading up to the flight. I don’t worry about it, nor dread it. I just have an uncomfortable physical reaction to certain aspects of air travel that are exacerbated by my overactive imagination.

If I was sitting in the co-pilot seat and the captain said to me: “We’re about 100 miles away from a large storm system, but we’re going to increase our altitude by 5,000 feet and veer off to the right, and we’re going to miss the storm by several miles,” I’m pretty sure I wouldn’t have any anxiety about these two maneuvers I was anticipating.

If I was sitting with the captain, and he said: “I know turbulence is uncomfortable, but it’s a normal part of flying and there’s nothing to worry about–even when it’s really bumpy–here’s why…,” I’m pretty sure I’d be cooler than how I normally experience it.

It’s not just knowledge or information that eliminates the irrational fear. Sometimes, something significantly distracting overpowers it. I fly at least once a year with my young son. I don’t feel fear when I’m with him up there. Maybe because I feel like it’s my job to be brave for him, so I accidentally am. Or maybe because the rational part of my brain acknowledges the obvious: If this was legitimately risky, you would never have bought the tickets, and you certainly would never put your son in danger, and maybe that’s the thing that offsets that unpleasant panicky feeling that sometimes crops up.

What Don’t You Know About Your Spouse or Romantic Partner?

You’re probably not like I was. You probably don’t concoct paranoid thoughts and feelings about your spouse or girlfriend/boyfriend and then have unpleasant physical reactions to them.

But that was me during the final 18 months of my marriage while I slept in the guest room wondering what my wife was doing, who she was talking to, who she was thinking about, and what she really thought of me.

The final few years of my marriage messed me up pretty bad. If it’s anyone’s fault, it’s mine, because I repeatedly lacked the courage to directly speak my thoughts, feelings and fears to the one person who mattered.

We feel angry. Sad. Embarrassed. Paranoid. Jealous. Ashamed. Insecure. Afraid. But we don’t communicate that to our partner. Since we feel it so profoundly, and they “know us” so well, we assume they know it–or they should if they actually cared.

We don’t effectively communicate truth, and then when our partners don’t do what we silently hoped they would, we feel even shittier–whether that’s sadness, anger or disappointment.

We have brains and our brains are funny things.

Our brains have been doing their thing for however long we’ve been alive, and our brains learn how to tell us stories to fill in gaps. It’s how we can often catch moving things sailing overhead, or instinctively stop or dodge to avoid collisions in vehicles, or on foot.

We don’t need 100-percent of all information to guess accurately.

When we’re inside, but it’s raining outside, we don’t need to experience being rained on to know we’ll get wet.

We’re good guessers most of the time. Seriously. We’d be dead if we weren’t. I’ve never fallen off a cliff, but I’m skilled at guessing what would happen if I did, and taking steps to avoid it.

We’re excellent at observing the world around us, and avoiding danger.

But not always. We don’t bat 1.000. We strike out sometimes. Maybe not even half the time. But sometimes. And sometimes we do it in our relationships when our busy minds start guessing what our partners might be thinking or feeling, and then having psychological and emotional reactions to those guesses without confirming truth or accuracy one way or another.

YOU CAN’T TRUST YOURSELF.

No matter how good we are at not dying, and no matter how effectively we navigate our interpersonal relationships with friends, co-workers, and families of origin. We can’t trust ourselves, because the fact is, we’re WRONG a lot.

You’re wrong about what your husband thinks and feels.

You’re wrong about what your wife thinks and feels.

You’re wrong about what your parents think and feel.

You’re wrong about what everyone at work thinks about you.

You’re wrong about what your children think and feel.

We’re all wrong about a countless number of things which all of us lacking the power of omniscience can’t possibly know.

But our brains guess anyway. Our brains always guess, and without a crap-ton of discipline, mindfulness and wisdom, we tend to mentally and emotionally FEEL whatever conclusion our brains settle on.

I have no way of knowing what would have happened had I walked another path. It’s not something I think much about.

But, through the prism of hindsight, I feel confident saying that a major, major, major contributor to my failed marriage and broken family is, simply…

A lack of information.

I was so busy pretending to be tough and courageous, that I was hiding all of my weakness and fear.

I hadn’t yet discovered the truth: It IS being tough to be vulnerable and honest. It IS brave to push through fear and tackle things head-on.

Like when I calmly am there for my little boy in the seat next to me on the airplane and everything’s okay.

The most important things and people in our lives are too significant to leave to mistake-prone guessing. Yet, many of us do, and after months and years of that, our worlds end for a little bit until we pick up the pieces again.

Sometimes things are worse than we think, and we don’t really want to know the truth even though the solution lives in that truth.

Sometimes things are better than we think, but we have no idea because we want to pout and be mad, or because we’re too embarrassed to say or ask what’s on our minds.

When we don’t have enough information, we draw incorrect conclusions that lead to us thinking, feeling, saying and doing things we otherwise wouldn’t.

But sometimes–it’s the only thing that does.

This post was previously published on Must Be This Tall To Ride and is republished here with permission from the author.
—