Get Daily Email
Join/Login CLOSE
Home / Featured Content / When Does it Change From ‘Not Bad for a Girl’ to ‘Not Bad for Someone Your Age?’

A hockey game and some words about Steve Jobs helped Lisa Hickey realize that maybe there is no wrong side of 50.

I step, tentatively, onto the ice with my hockey equipment. I had volunteered for defense because no one else would. The other team was tough, bigger than us, and they had played together, practiced together. Our team barely knew each other’s names. We had scraped together our hockey equipment from hand-me-downs from our kids.

I’m on the side of 50 most people would rather not be on, and it had been several months since I’d been on the ice. But I get out there and am able to stickhandle, pass, and know my position. As I’m going after the puck behind the net, a large, fast-skating woman comes out of nowhere. Pow! I’m down.

It takes me a minute to pull myself together, but then I’m up and scrape together a defensive play that earns a “thank you” from the goalie.  Our defensive coach yells at me after my shift: “Hickey! When you’re down, ya gotta grab your stick and get up with one fluid motion, OK? Do you hear me? One fluid motion!”

True, my motions were decidedly not fluid. Still, I can’t help but think, “Hey, not bad for someone my age.”

I’ve said on these pages how much I like to be feminine, how much I enjoy the sheer feeling of being a woman. I love all things feminine and beautiful and sexy. But when it comes to the physicality of sport, I can’t help but think I am “manly.”

My son and I are on an airplane. We’re on our way to climb Mt. Kilimanjaro. Midway above the Atlantic, the captain announces “We have now reached our cruising altitude of 19,000 feet.” Kili is 19,340-feet high. I quip to Johnny, “Hey, all we have to do tomorrow is climb up to the height of this airplane and climb back down.”

As far as mountains go, Mt. Kilimanjaro is not that difficult, but that doesn’t stop me from trying to impress people with my conquest of it. Except for one episode of “jelly legs,” John and I make it up fine. Seven others out of our original group of 16 also make it. One other female made it to the top; she wore pink hiking gear throughout the entire climb. At the top, the guide says to Johnny, “Your mom is one strong lady. You should be proud.”

Translation: “Not bad for a girl.”

I was the one in middle school gym class who was picked last for every team in every sport. It didn’t help that during the “choosing sides” that was so common when I was growing up, I would stand in the back, quivering. Competition was something to be feared, not enjoyed.

My favorite ice hockey moment in my otherwise lackluster career was at a charity game against the Bruin’s Alumni. They were playing against the Waltham’s coaches (all men), but apparently the charity organizers thought it would be “entertaining” to let us hockey mom’s do a five-minute shift.

So there I am facing off against Terry O’Reilly on center ice. For those of you who don’t know Terry, this quote describing him as a legend pretty much sums it up for me: “O’Reilly was the heart and soul of the Bruins. He out-hustled every opponent, crashed and banged with reckless abandon, and played every shift as if it was game seven of the Stanley Cup finals.” I don’t have many sports heroes, but he was one of them. And there we were. He was big. He was smiling.

The Bruins actually let us make a few plays and watched me get halfway down the ice with the puck. I’m unsure of exactly what happened, but the next thing I know, I’m flat on my back sliding towards the goal. The goalie lets me slide right through his legs into the net. The puck is still with me.

The announcer blurts out “Waltham Goal, scored by Liiiisssssa Hickey. Assisted by the entiiiiiirre Bruins team.”

I have to say, I have performed as a stand-up comedian since then, and never gotten the laughter and standing ovation that I got at that moment. I had been afraid going into the game, the same terror I had experienced in middle school while being picked for a team in a sport I couldn’t play. And in this case, my biggest fear was very specific—that I would end up flat on my back on the ice with a standing room only hockey stadium laughing at me, and Terry O’Reilly would have to help me up.

Yep, I got that right. And it was awesome. I’d do it again in a heartbeat.

So, here’s the thing. After much angst in even showing up for competitive sports, I found my niche. I could compete against men—sort of—and be “not bad for a girl.” It was perfect. The expectations were low. I didn’t have to beat men, mostly, I just had to show up and do as good as possible. My kind of sport.

I’m skiing. It’s icy. I’m on a double black diamond. Uh-oh. But years ago, I had made a pact with myself that I’d learn how to get down any slope, with my skis on, no matter how many black diamonds it had on it, and find a way to survive. It wasn’t always pretty. But I did it.

Often, I’d notice that on the hardest slopes there weren’t any other females around. None. I started looking out for them—surely there are expert skiers who are female? But if they were there, I never saw them. Once I dated a man who was an expert skier, so I wouldn’t have to go it alone. Our relationship ended the minute ski season did. Apparently, “not bad for a girl” wasn’t the best basis for an actual relationship

As most people do, I worry about aging. My fear is once again very specific—what if the mountain I just climbed is the last mountain I’ll ever climb? “Just one more ski run, please” takes on new poignancy—will that be in two years or 10? Will I stop playing ice hockey because “I’ve fallen and I can’t get up” is a reality as well as a bad TV commercial?

And all this is happening at the same time my physical looks are fading. I’ve written about my obsession with beauty—I get that it’s my problem and it’s up to me to get over it, but I still can’t shake the illogical conclusion that I’m somehow not as valuable to society if I’m not beautiful. If the best compliment I can get around my looks is “not bad for someone your age”—will that be enough? Really doubtful. Yet I’ve got to figure it out if I want to survive with grace and inner beauty for what I hope is decades to come.

I read Steve Job’s eulogy, as given by his sister, Mona Simpson. She said that, like everything else Steve did, he ascended into death. “Death didn’t happen to Steve, he achieved it.” In fact, his last words were, “Oh wow oh wow oh wow.”

My new position on aging is to ascend into it. To go in with an “oh wow oh wow oh wow” attitude, not an “oh shit” one. To say, “OK, I can’t be beautiful and I can’t compete physically. What can I do?” Compete, instead, with technology whiz-kids on where the internet is going? Actually, maybe. Help start and grow a fundamentally different type of company than what is currently out there and watch it take on a life of its own? Yeah, I can do that. Develop my stand-up routine and use Betty White as my new heroine, while still holding men like Terry O’Reilly and Steve Jobs in the highest regard, as heroes I will always treasure? Yeah, actually, maybe that, too.

When the hockey mom’s game is over, when I calm down from my adrenaline high, when I’ve finished shaking hands and “good-gaming” the other team, I get off the ice, and decide to frame my experience in a way I don’t usually. I don’t tell myself, not bad for a girl, nor not bad for someone my age. Instead, I say to myself, “Not bad for a Sunday afternoon.”

I am with you on the Steve Jobs approach to getting older Lisa. I’ve been reading the biography and really enjoying it. He was such a wack job really. Came at the world in such a different direction from most every other CEO. Standing at the intersection of technology and the humanities. But the thing I like the most is his utter belief in Eastern intuition over Western logical, linear thinking. He didn’t market test products because he felt that customers didn’t know what they really wanted until they saw it. I think the same thing can be applied to… Read more »

“At the top, the guide says to Johnny, “Your mom is one strong lady. You should be proud.” Translation: “Not bad for a girl.”” I wouldn’t necessarily read condescension into that. It might also be something along the lines of “Wow, I don’t know many who could do that, give kudos to your mom.” Regardless of age, size or your genitals. Going up the Everest or similarly high mountains is something a tiny % of people ever do. Some are not fit, some are lazy, some are not interested, but those that do still merit praise, and not just “for… Read more »

To the some are not fit, lazy and not interested, I mean the non-climbers.

I’m both not fit and somewhat lazy.

Right — but it wasn’t like the guide said to me “hey, give your son kudos, he did a great job”. I believe that was assumed, that *he* would.

That said, I don’t really see the phrase as “condescending”, although I’m sure many do.

I wish MY mom had taken me, um, climbing ridiculously tall things.

Thanks for the kudos.

Yeah, no one ever took me climbing either. Not sure when I started to fall in love with climbing “ridiculously tall things”. But it’s the “ridiculously tall” that’s exactly the appeal to me. I can’t climb just the medium-sized stuff and be happy. I need to climb the tallest thing in the vicinity. 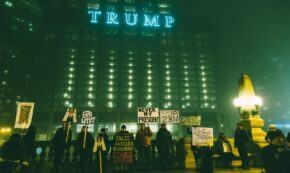 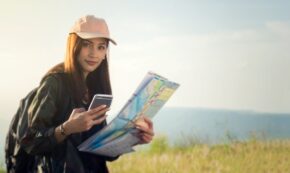 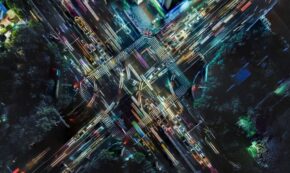 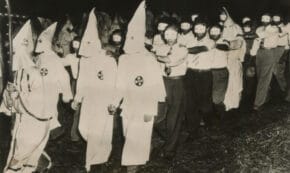 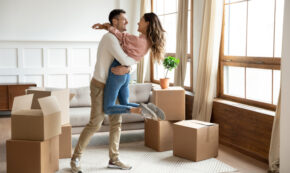 FacebookTweetPinEmailShares109
wpDiscuz
9
0
Would love your thoughts, please comment.x
()
x
| Reply
Share this ArticleLike this article? Email it to a friend!
Email sent!