Get Daily Email
Join/Login CLOSE
Home / Featured Content / Who Is Driving Your Bus? 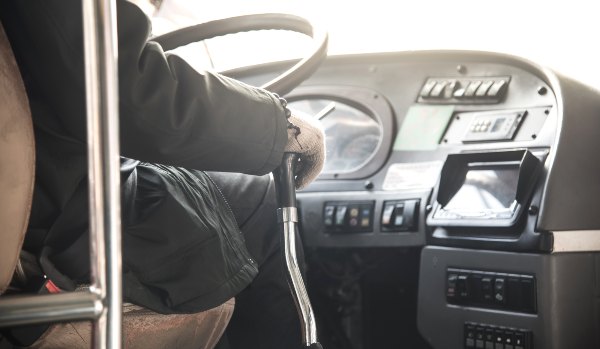 Imagine an ordinary city bus. It stops and passengers get onboard. Every passenger changes the atmosphere of the bus. If it’s a grieving old lady, she reminds everyone of loss. If young lovers get on board, the whole bus smiles a little because they’re happy. If a thug gets on, looking for a fight, everyone gets ready for a fight. No matter who gets on, the bus still follows its route, and everyone gets off when they’re ready to leave.

Now imagine that, instead of going to the back and finding a seat, every new passenger sat where the driver belonged and drove the bus to where they wanted to go, regardless of the route. The grieving old lady would take everyone to the cemetery; the young lovers to their love nest; and the thug would take everyone to a fight. No one else’s destination would matter.

The bus is a metaphor for you and the passengers are your feelings. That’s what it’s like when every new feeling you get takes over and drives you where it wants to go.

In all those instances when feelings take over, you’ve got to ask, where’s the driver? Why isn’t the driver driving the bus?

The driver, in our analogy is what we shrinks call the ego. We all need a big ego driving our bus. You’ve probably heard the ego referred to negatively, as in, he has a huge ego. It’s true, egos can get too big just like bus drivers can get too big; but there are two ways of being big. An ego can be big and fat, or it can be big and strong. Fat egos can be pushed around. They’d just as soon go to the back of the bus and eat donuts while letting the feelings drive. Strong egos stay in their seat and don’t let feelings take over.

A fat bus driver becomes overweight by eating pastries, which are mostly sugar and air, just as a fat ego has blown itself up by bragging about imaginary accomplishments. A bus driver gets strong by steering his huge bus. A strong ego works out by getting you up in the morning when you want to mope, getting you to ask for a date when you might get turned down, and standing up for your rights without losing control. Strong egos get stuff done. They get strong by getting stuff done.

Strength is one thing, but the ego needs a reason to use its strength. The thing that makes the bus driver stay in his seat and not give it up to any passenger that climbs on board, is that his integrity is more important than doing whatever else anyone wants him to do. He could say the hell with it, loaf, and eat donuts in the back seat, but he’s responsible to his passengers and his employer. He has a route to cover and, no matter how monotonous it is to go up and down the same avenue day after day, he does it, because everyone’s counting on him.

This is the place where you, as a reader are supposed to ask yourself, what is my route? Who is my employer? Who or what am I responsible for? I can’t answer that for you; but I can say that, if you don’t know, then you are in a state called anomie.

Anomie is a condition in which you have or have accepted little moral guidance from others. You’re like a bus driver without a route. If you grew up in a cult where they told you what your purpose was and every little thing you were supposed to and not supposed to do, and you have accepted this guidance, then you are not experiencing anomie. But, if you left the cult and are going wild, having not replaced their moral code with another one, then you are in a state of anomie. Every emotion will take over your driver’s seat because the driver no longer knows where he’s supposed to go.

Luckily, there’s an alternative if you don’t want anomie. Adopt some values. They don’t have to be a cult’s values; they should be your values. Your authentic values are the route the bus should take.

If you want to know what your values are, just listen to your feelings. They’ll tell you what’s important. If you feel sad, grieving some loss, then sadness is telling you how vital what you lost was. If you’re grieving a family member, then you value family. This is your chance to reach out to those who have survived and let them know how much you cherish them. If you’re in love with someone new, then obviously there is something about that relationship that’s valuable to you. Perhaps your old relationship has been devalued or it has not met your needs. You still may not want to run off with an axe murderer because you also value your safety, but you don’t need to go back to a marriage that’s unfulfilling. Listen to all your feelings and allow them to show you your values. If you’re always going around looking for a fight, ready to jump someone’s shit for disrespecting you, then evidently you value respect. Act in a way that’s respectable and you are fulfilling that value.

The guy that works for the bus company, if he’s smart, will lay out a system of bus routes that take potential passengers where they want to go and drop them off close to their destinations. A responsible bus driver will follow those routes. This will fulfill the desires of all the passengers. The grieving lady will get to the cemetery, the lovers will arrive at their love nest, and the thug will get off the bus to find a fight before he finds one onboard. They may not go directly there, they may have to wait till other passengers get what they need, but this way, no one gets ignored.

In the same way, if you’re smart, you’ll plan a life that accounts for your values. You’ll sometimes have to balance those values so that none are forgotten. Some may have to wait while others get served. Above all you must have a strong ego that will still drive the bus no matter how urgently your feelings want to take the wheel.