When I watched an episode of The Walking Dead that featured a community comprised entirely of women, I found myself having an interesting (and unexpected) reaction to it: I recoiled.

Upon further reflection, I had to admit to myself that the idea of living in a society without men was abhorrent to me. And if I was forced to choose between the company of only men or the company of only women…well, the zombie apocalypse hasn’t happened yet, so I need not upset anyone with my conclusions on this theoretical subject.

Pondering all of this, I had to acknowledge a double standard I had never considered before…while we generally embrace the concept that men need the support and influence of women to be their best selves, it has become “politically incorrect” to admit that women need men.   I was raised in the very heart of Generation X, the first generation of women who were unequivocally taught that we are each the captain of our own ship and have NO. NEED. FOR. MEN. For anything except perhaps a genetic donation, if motherhood is your bag.

Both of my grandmothers were working women in spite of the fact that they were born in the first decade of the 20th century and enjoyed 50+ year marriages to traditional (and successful) “hunter-gatherers”. My own Mother, who graduated from college in the 50’s, went on to work as a full-time school teacher despite an out-of-the-box pregnancy following her wedding. Neither she nor my Dad ever told me that marriage should be a “goal”, their own very happy and productive one notwithstanding.

I was raised by and around women warriors. Ahead of the curve, before their time and every single one of them demonstrated and taught self-sufficiency; I identify myself as a feminist. So how can I still believe that women NEED men?

As I have been blessed, in my lifetime, with many varied and rich relationships with both men and women, I know for a fact that when I turn to a male friend—straight, gay, married, single and of every other religious creed and color of the rainbow—I am not looking for a “female” perspective. My relationships with women are entirely different, and contrary to popular opinion, not necessarily superior.

There are some key differences to the way men and women relate to each other that I have never duplicated in my same-sex friendships.

I think the transgender community has opened up a wonderful dialogue about the masculine and feminine as a core essential truth and not something to be imposed by society or even our physical bodies.  As we are allowed to hold to our essential truth of what it means to each of us to be a man or a woman, we embrace the ancient theory of yin and yang, the idea that seemingly opposite or contrary forces may actually be complementary and interdependent. The fact that there are human beings who are born with male or female physical characteristics who self-identify as the other sex provide us with perhaps our greatest proof that gender is not interchangeable but instead a unique viewpoint and way of being in the world.

Generally speaking, there ARE opposing characteristics in evidence that DO provide a wonderful, symbiotic balance. Just as men need the influence of women to bring out the best in them, women need men to become fully realized. It is the differences in our natures that interplay to create a thriving human race. When we deny each other, we deny ourselves.

There are some stereotypes about the way that men relate and the way that women relate that naturally do not and cannot apply to every single member of the sex, but that do have some demonstrable value. Anecdotally, here are some of the ways in which friendship with a male may be considered “inferior” to friendship with a woman: men don’t listen as well as women; men tend to be more “blunt” and less empathetic. Men are more willing to prioritize their interests (football!) over your feelings.

This is all anecdotal, of course. Spare me the angry comments about how you are a blunt woman entirely lacking empathy. Or a man who blows up over B.S. no one else knew was a problem.

Even this recent election, which seems to have demonstrated some of us would prefer having a man with no experience in charge rather than a woman who was perhaps the most qualified candidate ever to run for President opposes a greater pattern that has been emerging in our attitudes towards leadership. Most of us have evolved enough to now accept that the bedrock of successful governance is always teamwork. No man (or woman) is an island and without the varied and various voices coming together, we are building a castle on sand.

There is no “right” without the left.

We are all, man or woman, part of a deeply interconnected species whose well-being depends on cooperation; it is the contrast in our energies that provides us with our clearest template for deciding who we are and what we want.

We need each other practically, spiritually and in toto.

Women don’t need men to open jars (unless we do, don’t judge!).

Women don’t need men to make decisions for us (EVER).

Women don’t need men to protect us (although we should ALL protect each other whenever possible).

Women need men to be ourselves. Without my son, I am not a mother. Without my Dad, I am not “a chip off the old block” (my Mom will back me up on this). Without my brother, I am not a punk (no really…no one else on the planet would describe me this way!).

Without men, there are no women. And vice versa. And who would want it any other way?

Personally i do not agree. Im a christian woman and i dont feel a man would be good for me or complete. I have a wide variety of interests and friends male and female. And i dont feel as though im missing out at all.

First things first: we all need to get rid of the idea that a man’s value depends on how much other people need him or how useful he is to society. A man’s inherent worthiness to live his life should have nothing to do with whether women need him or not. His value and his fulfillment as a human being is independent of how much anyone else needs him, no matter what the gender of the other person. Men do not need women in order to be complete human beings. Women do not need men in order to be complete… Read more »

Having been raised by a single mother up until I was 21 years old, when her life was violently taken from her (may she RIP), even though she dated several men I was convinced that she didn’t need one because she never openly demonstrated it. As a result, when I became involved in serious relationships simple things like walking a date/girlfriend to the subway station at night was foreign to me, because being the strong-willed woman that my mother was I unconsciously expected other women to be like her. Although my mom was my best friend whose strength and wisdom… Read more »

Pondering all of this, I had to acknowledge a double standard I had never considered before…while we generally embrace the concept that men need the support and influence of women to be their best selves, it has become “politically incorrect” to admit that women need men. Exactly. There is one very noticeable difference between the the dominant conversations on empowering men and women. The empowerment of women is specifically built around defining women independent of men. As in women only want men, not need men. And the idea that women are totally better off without men isn’t looked at too… Read more »

There was a group in walking dead that was all men too. Remember randal’s group, the kid who had his leg impaled on a fence. It was strongly implied that group of marauders was all men and where pillagers, killers, and rapists. They didn’t play up that it was all men . They also had no redeeming qualties. From what I remember, I wasn’t even sure if randal was a decent guy caught up in a bad situation or a willing participant. I’m not sure what to make of it or if it’s relevant to the discussion. I thought I’d… Read more »

I don’t watch Walking Dead that much (I watched sporatically from about mid S4 up until it was revealed who Negan killed) but your description doesn’t surprise me. Between the Governor, the men that invaded Terminus, Negan, etc… there is no shortage or horrible men in that series. And its not exclusive to TWD. Nearly EVERY SINGLE apocalyptic story has a man or group of men that become murderous pillaging rapists. It has to be a trope by now. Sometimes they get a bit of sympathy in the form of getting some exposition on what their lives were like before… Read more »

I’d say there’s a big difference between “not needing” something and “being better off without it.” Women do not need men, but that does not automatically mean that women are better off without men. That sort of assumes that if men aren’t necessary then are poisonous or something. Instead, why can’t we think of men as great luxury items? Men don’t have to be needed to be great. I don’t need bacon or chocolate, but it sure is great to live in a world that has them. Okay, so women don’t need me. Meh, big deal. Maybe that’s because I’m… Read more »

I’d say there’s a big difference between “not needing” something and “being better off without it.” Women do not need men, but that does not automatically mean that women are better off without men. That sort of assumes that if men aren’t necessary then are poisonous or something. Agreed. That’s why I tried to differentiate between women not needing men (which is one of the main points of empowering women) and women being better off without men (while often said at the fringes of women’s empowerment its not harshly discouraged by the mainstream the way the thought of men being… Read more »

I think for the most part men are better off without women. All women are really needed for is sex and making babies. Most women in western society look at men as atms with legs. Men build things and do all the heavy lifting in society and then women sit and complain, who needs that? 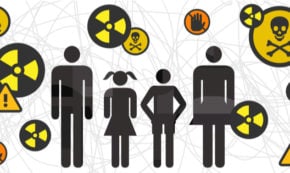 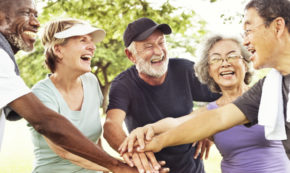 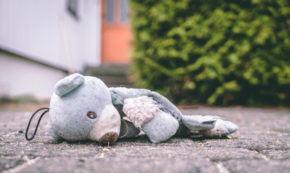 Facebook48TweetPinEmailShares48
wpDiscuz
9
0
Would love your thoughts, please comment.x
()
x
| Reply
Share this ArticleLike this article? Email it to a friend!
Email sent!