Molly and Sam are arguing about their eldest daughter, who is not doing well in school. Molly has been worried about their daughter for some time, and she’s trying to convince Sam that he should be worried too.

The conversation ends with Molly feeling even more worried and Sam more stoic and withdrawn. They are each convinced they are right, and neither is doing a very good job of listening to their partner. 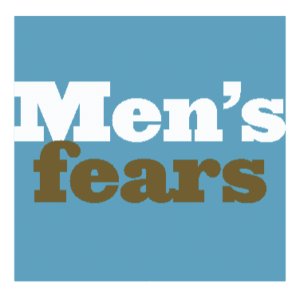 Anxiety is essentially a preoccupation with a series of fearful predictions about an imagined future. This is why meditation is one of the most effective treatments for anxiety: It teaches people how to focus on their lived-in-the-moment experience rather than their concerns about the future. Anxiety is not only normal; it can be adaptive, alerting us to potential dangers. Mild to moderate amounts of anxiety increase productivity. When a coach talks to his team before the game, he tries to pump them up, not settle them down.

Couples often polarize around anxiety, with one falling into the role of the worrier and the other into the reassuring role. In heterosexual couples, it is often the woman who gets stuck in the anxious role and the man who assumes the role of reassurer. Even though women are diagnosed with anxiety disorders about twice as often as men, though, it is not necessarily true that women are more anxious than men.

Research suggests that women are more emotionally expressive than men across a range of emotions and cultural settings. These differences are largely learned rather than innate. Girls are socialized as young as four months old to be more emotionally expressive. At the same time, boys are often subtly conditioned to suppress any displays of emotion.

Anxiety is unpleasant, and most people prefer not to feel anxious if they can avoid it. This is why alcohol is served at most social functions. Anxiety is also contagious and relational, meaning that when one person in a relationship feels more anxiety, the other is likely to feel less. People with more power and privilege try to avoid feeling anxious by handing off that anxiety to less powerful people. In our patriarchal culture, men use their privilege to protect themselves from anxiety and hand it off to women.

Men are socialized to think of anxiety as a feminine trait and taught to hide their anxiety and “never let them see you sweat.” Women don’t have the same prohibition against emotional expression as men, so they tend to be more open about sharing their anxiety with their intimate partners.

Women naturally want to spread the load: They want men to feel some of the anxiety they are carrying for them, but men are understandably resistant to feeling bad. For men, being around women who are openly anxious can make them feel more of their own anxiety, which their privilege has largely protected them from feeling. This is particularly true when women are upset, but men can also feel uncomfortable when women are excited, full of joy, or even really turned on.

Men are often less familiar with and typically less skilled in talking about their own feelings, so they feel disadvantaged when the conversation with their partner becomes more emotional. Women understand this and learn early in life to suppress their own excitement in order not to make men feel uncomfortable.

On some level, men recognize that they may not be as emotionally well-developed as their partners. Women seem to have stronger emotions, find it easier to express their feelings, and are more empathic in responding to other people’s feelings. On a more unconscious level, many men are scared that something is wrong with them. They worry that they do not have the feelings they should have—the emotions they see their partners.

To protect themselves, men not only work hard to suppress their own feelings of anxiety, but they also work hard to reassure their partner in the hopes she will be less anxious, or they strive to “fix” whatever problem they think is causing her anxiety so they will feel less anxious themselves. When a man’s partner is upset, that becomes the single preoccupation in his life, as if nothing can happen until this situation is resolved. “If momma ain’t happy, nobody’s happy.”

Men are not generally conscious of this process. They are often just aware of being increasingly uncomfortable with their partner’s emotional expression level and an urgent need to do whatever they must to get it to stop.

Over time, many couples become increasingly polarized. As men become more stoic and withdrawn, women often become even more expressive and may even exaggerate their own anxiety in an often-vain attempt to engage their partners emotionally. The solutions are counterintuitive; women and men can both work on their parts. The task for women is to slow down and learn how to match their partner’s readiness in their quest for intimacy and connection.

Molly could slow down, be less insistent that Sam share her concerns, and make room for him to talk about how he sees things. For men, the process involves facing what they have been avoiding.

Sam might tell Molly that he has a hard time hearing the strength of her feelings, tell her that he’s going to go for a short walk, and suggest they try talking about it when he returns. As men become more emotionally fluent and more comfortable with their own anxiety, they will feel less need to avoid those feelings and displace them onto their partners.

Avrum G. Weiss, Ph.D. is a clinical psychologist who sees individuals and couples for psychotherapy online. Dr. Weiss is recognized nationally for his pioneering work on the process of change in individuals and organizations. He is the author of three books and hundreds of articles, published here on The Good Men Project, Psychology Today, and elsewhere.

Dr. Weiss' previous books include the award-winning "Living and Loving Mutually: How To Break Free From Hurtful Relationship Patterns" (Lasting Impact Press, Nov. 2020), and "Change Happens: When To Try Harder and When To Stop Trying So Hard" (Rowman & Littlefield Publishers, November 3, 2011;)

Dr. Avrum Weiss is represented by LMB Agency, LLC, and is available for speaking engagements. Click to see his speaker sheet: https://bit.ly/AvrumWeissSpeaker

Connect with Dr. Avrum Weiss via his Author Page on Facebook and his private group on Facebook. This group, based on the thought-leadership presented in his newest book, is a place to discuss men's fears of women with an emphasis on male-female intimate relationships.