Get Daily Email
Join/Login CLOSE
Home / Featured Content / Why is Ghosting So Painful? 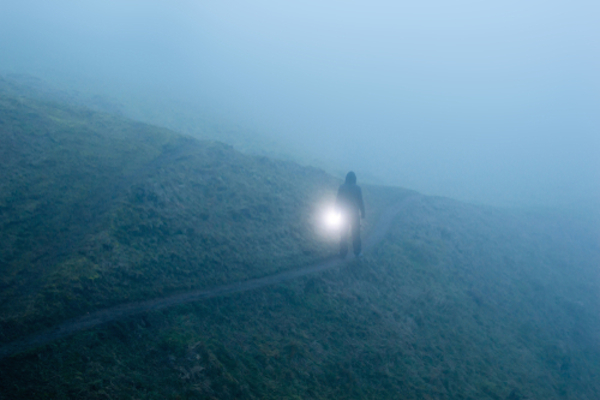 Dating nowadays has its share of new problems. This isn’t to say things were much better back in the days before we all were so easily connected, but the dating world feels much more convoluted. Due to all of the dating apps, ways to communicate, and methods of connecting outside of in-person or via a phone call (hello, social media), dating has become more difficult than ever. One unfortunate complication of dating nowadays is called ghosting, and it’s seen as a phenomenon that is just getting worse.

Ghosting is when someone suddenly cuts off all forms of communication and contact with you while you’re dating or in an intimate relationship. You probably know someone who has been ghosted or have been ghosted yourself.

One second, the relationship (or date) seems to be going well. Or maybe you are just talking and figuring stuff out, and it seems like there may be a date coming along. Then, out of the blue, they stop answering your texts or calls. They may have blocked you on all social media channels. No warning, no explanation, nothing. What went wrong?

Ghosting hurts because you don’t know what you did, and worse – you may never get an answer, insight, and ultimately, closure. It may have seemed like the relationship or prospect was going well, and unexpectedly – you are ghosted. Not having any chance for an explanation as to what you did can only leave you to wonder why that person stopped talking to you. You may never know if it wasn’t you and it was them, after all.

Why Do People Ghost?

What makes ghosting such an interesting phenomenon is that it’s rooted in quite a bit of psychology. Here are a few reasons as to why someone may ghost you.

Perhaps the biggest reason why someone may ghost you is the idea of conflict avoidance. Conflict avoidance is when someone avoids dealing with an issue directly. When ghosting someone, the intent is often to end a relationship or prospect of one, but the consequences of doing so don’t have to be dealt with, because there is no avenue for communication. They don’t want to deal with someone getting disappointed, sad, or angry at them, so they ghost and take an ‘out-of-sight, out-of-mind’ approach. People fear the unknown, and not knowing how you’ll react to conflict is why someone may end up breaking things off with you.

There are No Consequences

If someone is a casual date or a friend you mostly talk to over apps, text, or other means other than in-person, there are few consequences to ghosting them. Chances are, someone who ghosts you thinks the probability of running into them in person is pretty low, especially if you don’t frequent the same places or live within a reasonable distance from one another. Because of that, a person may not see it as much of a deal when they choose to just end all communication abruptly since they’ll likely never have to explain why.

They Need to Heal from a Toxic Relationship

The Digital World Has Made Relationships Less Impactful

If someone has lots of contacts on social media and/or on their phone, relationships with others can feel less impactful than they should be. Back before the Internet, meeting someone in person, talking on the phone, and setting up dates was a lot more complicated, and the time invested created more of a connection. Nowadays, it’s much easier for someone to sever communication because they are less emotionally invested – all it takes is a tap of a button to make a connection, and that’s all it takes to undo it. It’s also easy to block someone from your social media feeds and apps, and effectively block their emotional effect on you as well.

They Think You’ll Get the Hint

People like to believe that when they ghost, the person will get the hint – if not now, eventually. For example, say they’ve gone on a few dates with you, and they don’t feel a spark or anything special. That person may end up ghosting you and hoping that you get the hint that they were not interested, rather than telling you outright and making you feel bad. This may seem like the path of least resistance and ultimate convenience for them.

Everyone gets busy from time to time, or take time for themselves and don’t feel like talking to anyone for a while. It’s sometimes hard to tell if someone is ghosting you, especially if they’re a good friend who you don’t appear to have any issues with.

If it takes much longer for them to respond, they may have missed your text or call, or they may have been going through some events that they just can’t talk about right now.

Look through your last communications or think back and try to identify anything that could have triggered a ghosting. Even good things can trigger you being ghosted. Say you told your friend that you actually have feelings for them and are in love with them – they may not know how to handle that and are ghosting you.

Maybe you haven’t professed your love, but you may be getting temporarily ghosted while your friend is sorting through some major life changes that you aren’t aware of. They may return once you give them a little bit of space.

The Effects of Ghosting

Ghosting does hurt, no matter who you are. Not knowing what you did (or didn’t do) can make you feel unwanted, especially if you were close to that person, or were genuinely interested in them. Ghosting can make you feel like you can’t trust anyone, and you may end up retreating from all your communities.

Moving past ghosting can take a lot of work, and you may wonder how you can prevent being ghosted again in the future. While you can’t stop someone from ghosting you, there are a few things that may be able to help, including:

Whenever you talk with a person, it’s important that you establish expectations (and boundaries). Talk to them about the length of time it takes them to respond to you, especially if it’s about something you think is important. If you’re dating someone, tell them your intentions for your relationship, when you think the time is appropriate. Let them know that if they aren’t interested, it’s okay for them to break things off with you

Attempting to Get Closure, Cordially

Whenever you feel like you’ve been ghosted, call or send the ‘ghoster’ a message on whatever communications means is still available to you. Be careful to choose one mode of communication at first, and say as succinctly and politely as possible that you simply would like to talk. Set an amount of time (at least a few days) that you are reasonably willing to wait for a response. If you don’t get one, it’s up to you to reach out on one other means of communication, if you feel you really need a response, or reach out again on the same means, and do so with restraint and cordiality, although you may feel hurt or upset. You still may not get a response, but you can rest assured that you did what you could to get closure in a civil, respectful manner.

Spend Time with People Who Care for You

After you get ghosted, it’s important that you talk to your friends and family and remind yourself that there are people who care about you and will give you the time and support that you seek.

Finally, Don’t Be Afraid to Talk to a Professional

If you feel like you are unable to move on without closure, and/or are struggling with how being ghosted makes you feel or may affect your current and future relationships, talking to a licensed therapist or counselor may be a good solution for you. You can learn how to set boundaries in your subsequent relationships, deal with your emotions after being ghosted, and get back to putting yourself out there.

Facebook29Tweet2Pin1EmailShares32
wpDiscuz
0
0
Would love your thoughts, please comment.x
()
x
| Reply
Share this ArticleLike this article? Email it to a friend!
Email sent!