Get Daily Email
Join/Login CLOSE
Home / Featured Content / Yes, This is Your America 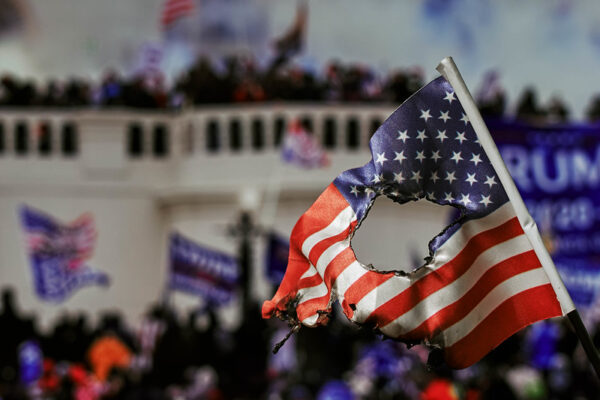 It happens every time. Something awful transpires — something that indicates the venality of the nation’s leaders or certain of its people — and we are treated to the same refrain by swaths of the newly-shocked: namely, “This isn’t the America we know.”

It happened after Hurricane Katrina when hundreds of thousands of mostly Black people were left to fend for themselves or die in New Orleans. Although social media wasn’t a thing yet — this was 2005, when the Earth was young— you could still hear the surprise from commentators in mainstream media, on websites, and via e-mail listservs.

“How could this happen in our country?” the voices intoned. People stranded on rooftops, waiting for rescue from helicopters that in many cases never came. Thousands of people gathered without food or water in the Superdome or Convention Center, their government at all levels — federal, state, and local — having failed to protect them. Watching the horror unfold on national television, they intoned that this “wasn’t the America they know.”

It happened after Charlottesville in 2017, when the president defended a racist mob that had descended upon that town, insisting that some among them were “good people,” even though the event had been organized exclusively by neo-Nazis and other white nationalists. When he praised them, even after one of their number drove into a crowd of antiracists and killed Heather Heyer, many were once again stunned. And again, they insisted, this “wasn’t the America they know.”

More recently, we heard it in the aftermath of the murder of George Floyd by Derek Chauvin in Minneapolis. As they watched the officer kneel on Floyd’s kneck for eight minutes and forty-six seconds, the horror was coupled with the same kind of incredulity. My God, they screamed, this is “not the America I know.”

And now, after a mob of several hundred, acting on behalf of a mob of several thousand, acting on behalf of their cult leader, overran the Capitol in search of lawmakers to murder so as to fulfill that leader’s dictatorial fantasy, we hear it again. This, we are assured, is not the America they know.
It is, to be sure, worth noting that the persons saying this, in every instance referenced above, are, without fail, white people. Or at the very least, most assuredly not Black. Black folks were not surprised that they were left to die or be dislocated by hurricane floodwaters. It had happened before.

Indeed, uprooting Black people from their homes is what landed them here in the first place, and it had been done over and again in New Orleans and elsewhere: whenever developers needed land for office buildings; whenever the government needed it for interstates.

Black people were not shocked by Charlottesville or the president’s reaction to it, just as they were not shocked — though many white liberals were — by his election in the first place. Rich white men convincing not-rich white people that their enemies are Black and brown was not an innovation of the Trump Org. It is the first play in the playbook of American politics. How shocking would it be then that the laziest man ever to hold the office would open that playbook, see it there, waiting patiently for him, and decide to go with that one against which no defense has yet proved adequate?

Black people were not shocked by Derek Chauvin, his knee, or the smirk he wore as he ground the life from George Floyd, surrounded by his colleagues and assisted by them, as he did it. Depraved indifference to Black life may not be a prerequisite for a job in law enforcement, but it has never been a disqualifier either. The policing of Black bodies even unto death has been part of the paradigm of policing from the start. We have seen that movie before, literally, but even prior to the advent of cell phones, Black people had collective memory and history to remind them. They know that none of the Black bodies strung up by white mobs in lynching photo after lynching photo could have arrived at that place but for the active participation of thousands of Derek Chauvins. Those who opened the jailhouse doors so the ravenous mob could drag Black folks out — persons who had been accused falsely of rape or merely of disrespecting a white man — were always cops. The murder of George Floyd was entirely derivative, and Black people knew it, however much many white Americans did not.

And after the siege on the Capitol, this terrorist attack against the seat of government, fomented by white people, Black folks once again are not surprised. After all, what was this, if not an expression of white rage — the kind Emory University scholar Carol Anderson has told us for years is nothing if not normative? Since the end of enslavement, whites have reacted with anger and violence at every advance, either real or even imagined, for Black people in this country.

And so emancipation and Reconstruction were met with terrorism and white rage, from the Klan to Jim Crow segregation to virtual re-enslavement across the South. The migration of Blacks from the South was met with racial pogroms as whites ransacked Black communities, angered at having to compete with Black workers, or enraged by signs of Black excellence like the thriving Greenwood district in Tulsa. The civil rights movement was met with terrorism and white rage, from Little Rock to Selma to the murder of Dr. King and the backlash (still ongoing) against the gains of that era, most obviously the Voting Rights Act.

And although the presidency of Barack Obama was hardly one that dramatically improved the lives of most Black people (and certainly no more so than it improved the lives of whites), the symbolic import of his presidency cannot be overstated. To some white folks — the same kind who met the previous steps forward with unhinged savagery — it was the ultimate bridge too far. It was evidence that the white male nation of their youth and their history books had been forever sullied. And so the rage began anew. It was evident among many in the Tea Party movement but never really found full expression until it grafted onto the ultimate symbol of old school white male thinking in Donald Trump. Here, after all, was a misogynistic loudmouth who played to the nostalgic impulses of white folks angered by the cultural and demographic shifts afoot in the nation — of which Obama’s ascent served as a signal.

And as they found themselves confronted with the defeat of their savior — the one who might deliver them from the multicultural future — all they had left was their rage. Seeing their grip on the nation fade — and especially one day after the election of a Black man and a Jew to the Senate from Georgia — terrorism was their only remaining move. That they took it shocked exactly zero Black people, even as it has once again shaken white America to its core.

All of which is to say: if you continue to insist that these awful things, which we are forced to endure every few years, are not the America you know, perhaps that is because you do not know her as well as you thought. Maybe you have been only an acquaintance, surely no friend, and most definitely no lover, flag lapel pins and July 4th celebrations notwithstanding. Perhaps it is time you got to know America better. For the sake of America and yourself.

One way to do that is to begin listening to Black people. Because they could have told you, indeed, they have been doing so for a very long time. And just as whiteness allowed the mob to think they could take the Capitol, Derek Chauvin to believe he could kill George Floyd with impunity, Trump to win the presidency, and the tragedy of Katrina to unfold as it did, so too has it allowed you to ignore them.

It is time to do more than merely impeach and remove this president. It is also time to impeach our hagiographic understanding of who we are and remove the blinders from our eyes.

I’m an antiracism educator/author. My latest book is Dispatches from the Race War (City Lights, December 2020). I post audio at patreon.com/speakoutwithtimwise