Get Daily Email
Join/Login CLOSE
Home / Gen!der!Fight! / Why We Don’t Talk About Relationships.

Charles Emrich talks about what keeps us from talking and wonders why we don’t have more of it. (It being, obviously, syntactic ambiguity.)

When we talk about gender and sex we spend a lot of time railing against them, they’ve got a lot going for them, too. And I don’t mean this in a lazy, intellectually dishonest, “everyone uses stereotypes, without them how would we function?” kinda way. The world turns on the back of powerful, shared assumptions. When we can assume agreement with certain boundaries and principles, we can life with assurance. Every single person I know opposes murder for pleasure, and I haven’t asked any of them about it. Because assumptions about shared values like that just help our relationships run.

So I get the value of assumptions, really I do. They oil the machine of interaction. But assumptions can get the better of us, too. And they can really fuck up a romance.

I got caught up in an argument on the internet. Maybe you’ve had that experience? If you’re fallible, argumentative, and have yet to learn that trying to convince anyone of anything on here is absolutely an exercise in futility, you may well have experienced that joy. I got stuck defending the somewhat awkward position that, just because you’re dating someone, it doesn’t mean you automagically have the right to expect that they will not post naked pictures of themselves on Reddit.

I was defending this because the poster found his significant other’s naked body in a place he didn’t expect it to be. Namely, the internet. As a result, his emotions were a wash of confusion and uncertainty and he asked Reddit for its thoughts. He was very reasonable. The rest of the thread sought to validate his discomfort, insisting that he had been wronged and deserved to feel wronged.

The mistake in the position that I argued against was that she definitely should have known that any public usage of her tatas would have to be passed through her boyfriend. But I thought for a second and realized that it had to be asked: “Why have we assumed that, and why should she have assumed it, either? Was she aware that, by dating, she had given away her right to make free decisions vis a vis her breasts?”

The response resoundingly seemed to be “Well, she should have known.”

And, no, the only reason she should definitely have known is if it had been discussed. Without explicit information, all we can do is grouch that she should’ve known what the assumptions were.

In this moment, the offending partner slammed nude-first into her partner’s assumptions about what their relationship proscribed. It could have been averted, though if she and her partner had talked about it beforehand. And yet this conversation never occurred. The weirdest part is this: talking just seems like something you DO with your romantic partners. For all the talk about how comfortable silence forms an important part of loving, stable relationships, most of the couples I know talk a lot. But the couple didn’t talk about this. And they are in good company in their silence. So, what accounts for it?

It seems pretty obvious to me that more communication is better communication, that talking about what we want and expect from others will yield better results than going in silence and hoping that we’re all on the same page. So what’s keeping us quiet? Four answers occur to me.

We Just Don’t Think We Need To
We’re willing to put our faith in unwritten rules and unspoken social codes all the time. We don’t like and don’t often need to spell everything out ahead of time. I engage in minute acts of trust all the time with everyone around me.

We have the notion that the agreed-upon contract is strong and pervasive enough that going out of our way to define it would be a waste of our time. Everyone knows what a relationship means, we think. We don’t actually need to talk about it. We both already know. The insidious and difficult part about this way of thinking is that it only breaks its silence to punish people for being in the wrong. It’s totally possible that you don’t know the rules until you’ve broken one.

Silence is Romantic
Somehow, we got the idea that there is something magical about understandings reached without discussion. Couples are supposed to be attuned to one another. The experience of closeness and intimacy transforms us into psychics about the object of our affection. We know their favorite foods, their least favorite TV shows, and other assorted trivia. The thought is, apparently, that this sort of closeness abrogates the need for actual discussions. Magical, beautiful understanding blossoms between the truly in love. And those understandings are magical like unicorns, because they don’t fucking happen. People just assume in parallel and, sometimes, get lucky.

This is just the reliance on assumed social background information wearing a newer, sillier, hat. And worse, it opens up this whole can of worms where failure to have the same unspoken assumptions looks like a defect in your affection. Maybe if you’d loved each other better you never would’ve had different thoughts about what intimacy means.

Discussing Boundaries Involves a Lot of “No.”
People don’t like talking with their partners about sexual boundaries because it means sitting down with a person you really like and saying “I don’t want you to do this.” It means talking about what makes you jealous or insecure. You have to get in touch with your inner control fetishist and talk about why, no, it does affect you if random people on the internet get to see her breasts. It’s hard to have a discussion about your limits and worries where you don’t feel like you’re sounding limiting and worried.

We Don’t Know What Good It’ll Do.
It’s not like there’s no voice in the culture saying that discussion is good for communication. Communication is a buzzword in relationship advice of all sorts. But we haven’t fully come around to it. We understand that it’s hard. We still hear “we need to talk” as an ill omen. We’re taught that there are “hard conversations,” but we’re not taught about satisfaction that can take hold once those hard conversations are over. So, we don’t have an intrinsic understanding of how flat-out amazing it can be to talk out and negotiate the parameters a relationship we’re safe and happy in.

Where Do We Go From Here?

Unfortunately, what I’m still trying to figure out is how we get that sort of conversation started. I’ve been working my head around it and I just don’t have easy answers to this one. In my own relationships, I’ve gotten used to having to define these sorts of boundaries. But I know plenty of people who’ve found it hard to get that conversation started. Have any of you in the comments had success (or failure) getting conversation to happen in your relationships? How did you do it?

Charles Emrich is a rough-hewn feminist with a burly love of fierce discursive exegesis. He lives in a studio apartment with no bed because he views beds as obsolete.  Tell him he's wrong about everything at [email protected] or genderfight.twitter.com.

Is there a particular difference between retaining autonomy over yourself by showing off your body online and by having sex with someone else? That is, should “cheating” be considered an automatic no-go, or is it okay if they don’t explicitly say they don’t want you to, and why or why not?

Well, I gotta admit I think you’ve already got an answer in mind when you conflate “cheating” and “having sex with someone else.” My point, however, isn’t about whether anything is an automatic no-go. My point is that we get ourselves and our partners into trouble by comfortably assuming that their no-go’s are congruent with our own. Do I, personally, see a difference between showing the internet my body and sleeping with someone in meatspace? Yeah. Those acts are different in a bunch of ways. But the distinction between the two isn’t what matters. What matters is that we need… Read more »

I don’t, actually, have an answer in mind already. I wrote it that way because those are the commonly accepted terms. I am mainly trying to figure out if there is any justification for assuming “no sex with other people” as a de facto relationship rule. I’ve seen one very happy relationship torn apart by one party being in love with a third person and desiring a polyamorous relationship, and the other steadfastly refusing to even consider it as an option. I’m trying to understand that position, because frankly it seems insane to me. I don’t see why “I should… Read more »

Unfortunately when you are feeling really close to anther person, it is easy to make the mistake of believing that he/she can practically read your mind, which leads to feelings of betrayal when you realize that the other person actually had no clue at all. Women are often guilty of this, but men can do it too. For example, I hate it when guys I am dating give me sexual details about past relationships. It makes me very insecure and I’d just rather not know about it. I got really upset with my current boyfriend early on in our relationship… Read more »

I think it’s an attitude you take to communicating with someone, from the very start of your relationship. Very soon after people meet me, if we seem to have mutual attraction, they’re going to know some of the major assumptions I hold or at least the ones that, based on what I think my new friend believes, are going to become areas of contention for us. It’s contextual: does my new poet friend know my hard stance on metered verse? Does the woman I’m interested in asking out know what kinds of activities I put under the heading “dating”? In… Read more »

That story about the BF who leaked nude photos of his GF is cringe-worthy…! I agree…when you meet someone and a red flag goes up, you just have to back off…trying to discuss things with certain people (especially if they have already violated some unwritten code of behavior) is a waste of time…you just have to move on… An ex- BF from long ago wrote about his sexual exploits as a teen in a memoir (which is why I broke it off with him…I had a feeling he was a braggart)….funny thing is now his wife is a guest contributor… Read more »

It seems to me that what you’re saying is actually great support for the arguments Charles is trying to make. You have certain “unwritten social codes,” that are really important to you. You have strong feelings about what you find acceptable and what you find “cringe-inducing.” But not everybody has those same thoughts–not everybody follows the codes that you think are important. For example, you find yourself agreeing with Charles, but his last post literally mentioned I had purchased a cock ring for him for his birthday. The two of you have very different ideas about what’s acceptable. The point… Read more » 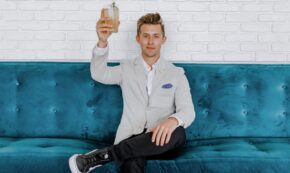 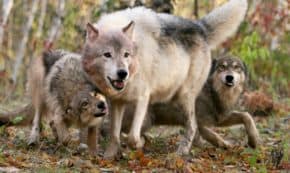 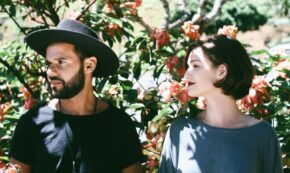 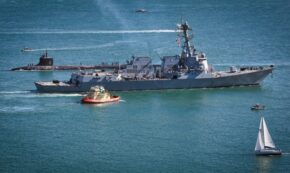 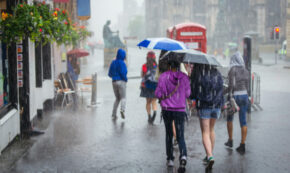 FacebookTweetPinEmailShares15
wpDiscuz
8
0
Would love your thoughts, please comment.x
()
x
| Reply
Share this ArticleLike this article? Email it to a friend!
Email sent!