Get Daily Email
Join/Login CLOSE
Home / Advice & Confessions / If I Die From an Overdose, Please Don’t Prosecute My Dealer 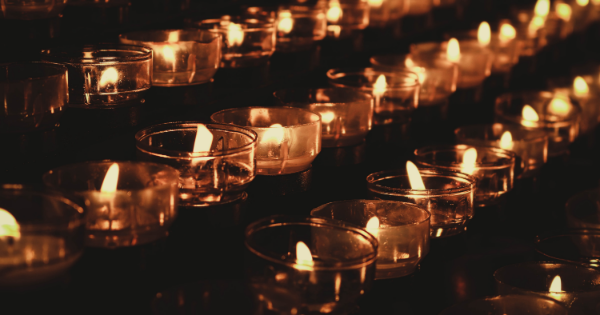 In 2014, one of my heroin dealers supplied drugs to someone who would later overdose and die. I wasn’t involved and only heard about it second-hand, but he would be sentenced to five years in federal prison for providing drugs that resulted in a death.

“Drug-induced homicide” is a criminal offense where the sale, distribution, or delivery of a controlled substance that causes death. This federal law allows those who supply the lethal dose, directly or indirectly, to be charged with manslaughter or murder.

This federal law was passed in 1986 as part of the Controlled Substances Act and provides a potential penalty of 20 years to life for anyone who dispenses an illegal substance that results in death. The recent increase in overdose deaths has caused these types of prosecutions to spike.

From the outside, it’s easy to feel anger towards someone who supplies drugs that result in death. A large percentage of our community views heroin dealers as predators, willingly poisoning and killing others without any regard for human life.

However, like most street-level suppliers, my ex-dealer was far from a ruthless drug kingpin. He was addicted, injecting himself with the same drugs that would ultimately, and accidentally kill a friend. It doesn’t feel right labeling him as my “ex-dealer,” so I’ll refer to him as Brandon, which isn’t his real name.

Brandon still lived in his family home, owned by parents that had relocated elsewhere, and was unemployed. An out-of-state distributor would drive up to Maine and stay at his house for days on end, using him to bring in new customers and act as a layer of insulation for the supplier. It was a relationship that would allow a man with limited financial means to support his heroin habit.

I can vividly remember excusing myself from home one day, shortly before a family holiday gathering. I said I was going to the grocery store, but I drove to Brandon’s house after getting a text back saying I could come over. Members of my now ex-wife’s family were about to arrive, and if I didn’t use heroin, I would be sick and in withdrawal.

My aunt-in-law took a few opportunities to point out how tired I looked. What she really meant was that I looked like I shot-up in the bathroom before her arrival, and she was right. I could feel the thick cloud of disappointment in the air, but like most days, the real subject was uncomfortably avoided.

I would sometimes trade pills from my Klonopin prescription to Brandon for heroin. I can’t remember if I gave him cash or traded pills on this day, but if he had died from mixing the two, would I be the one spending the next five years in prison for contributing to his death? According to the law, that’s entirely a possibility.

The thin line between a drug user and killer

These “drug-induced homicide” laws were designed to go after the seemingly heartless drug dealers who value money over the lives of those they sell to. People who don’t use drugs but distribute them for large profits. People like this do exist, but they are not usually the ones closest to those experiencing a fatal overdose, and who often become the targets of criminal charges.

The role of a drug dealer is far less clear-cut than lawmakers seemingly thought. The legal definition of drug distribution typically covers even sharing among friends, giving drugs away or acting as a middle-man. Arranging a deal through a simple introduction could be treated the same as drug dealing.

Louise Vincent, director of the Urban Survivors Union, Colin Miller, co-founder of the Twin Cities Harm Reduction Collective, and Jess Tilley, founder of the New England User’s Union, have collaborated on a way to shine a light onto this issue. They created a document that is currently circulating, acting as a sort of addition to the last will for drug users.

“If I die as a result of a drug overdose, I request that no one be charged, prosecuted, or held criminally responsible for my death,” the document reads. “This decision is being made to challenge the oppressive and often perpetuated false dichotomy between people who use drugs and people who sell drugs. We are, more often than not, one and the same.”

Prosecutors can still choose to pursue charges regardless of this document being signed, but it’s something they might consider when making that decision. Even so, this campaign is helping to re-write the narrative that was written without consulting those most affected—people who actually use drugs.

It could have easily been me

I don’t recall ever buying heroin from someone who wasn’t also addicted. I would sometimes call a friend and ask them to sell me some out of their own personal supply or be a middle-man to another dealer they knew. Most were far from the drug dealers you see on TV or imagine in your mind, but if I had died, they could have been deemed drug dealers and murders by the government.

I can’t count the number of times I used drugs with someone else or purchased extra to later give to a friend, a decision that could have resulted in a homicide charge. The people typically closest to a fatal overdose are not dealers making a profit, but peers who are also struggling with drug addiction.

Prosecutors have been expanding the use of harsh penalties, believing that heavier sentences will send a message to dealers but will prevent further drug-related deaths. The reality is that this approach only further marginalizes an already marginalized population, those addicted to drugs.

Some defendants were not present with the drugs are taken. Some defendants had tried to save the life of the victims by calling 911 or even administering naloxone. Spouses have been sent to prison after using drugs with a partner who fatally overdosed. Prosecutors don’t need to prove the death was intentional, only that the accused somehow helped the victim obtain them.

My intention is not to defend drug dealers as a whole, but to help paint an accurate picture of what a low-level dealer actually looks like.

A case where someone was deliberately trying to kill the victim by providing tainted drugs, or when there is some other sort of power imbalance in the relationship, is a completely separate issue. Another example would be if someone was knowingly selling deadly drugs, making a profit, and was not using the drugs themselves.

Far too often the people who are close enough to an overdose death to be legally proven connected to it are fellow drug users—in some cases, husband and wife, brother and sister, or even parent and child.

Photo by Pascal Müller on Unsplash