Get Daily Email
Join/Login CLOSE
Home / Advice & Confessions / Is Being Right Worth a Relationship? 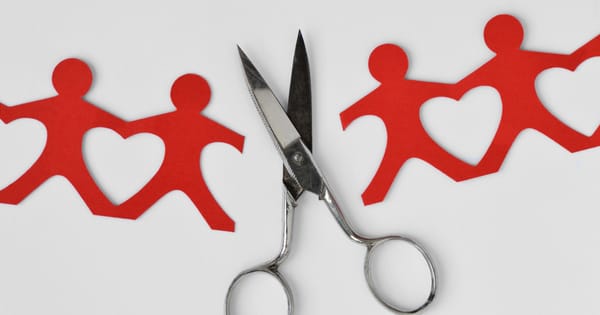 If you are focused on being right and winning the argument, you are willing to battle until there is only one man or woman standing. You may lose access to a previous relationship, whether it be family, friend, business associate, a lover or partner. It could become an end to a relationship that was necessary to your wellbeing and the careful maintenance of your life.

Standing up for one’s belief system or point of view is an important factor. But being right and fighting till the end could cause your pain and loss. It creates division within the ranks. It can create a wall or severe the ties that hold a family or friendship together. Remember to always stay connected, even in the state of disagreement.

Because men have historically been seasoned to win the daily war, take prisoners and don’t let anyone or anything overpower you. It is a necessity to be the last man standing, the winner of the war.

I know this to be true by witnessing the men in my community express themselves with their large and fragile egos holding them in place. Not all of the men were of this cloth, there we the other half who understood the worth of being strong as well as being compassionate and willing being conscious of honoring life.

I learned from witnessing my grandfather and grandmother solving life’s problems within the terms of simplicity. They never went to sleep without resolving any problem of the day. They felt they had won the war of the day by clearing the warring field. They practiced the art of conversion and the art of listening, in order to gain unity in understanding. There was no need for war…not with compassionate ears.

I listen to her, pouring her story like a bricklayer pours his mortar,  as I heard her tell her story of separation from her transgender son. She was heartbroken, but still angry because of the separation of the family. She was living guilt and life challenging bewilderment. She had to have the answer to the problem and the lack of love she was feeling. All she could see was the lack, the loss of power, unity, and love. She could not accept the change of heart of her transgender son and the forced change of perception put upon the family.  She could not accept the shift of personality and diversity. It made her feel powerless and afraid.

We begin to know love and then we become afraid. Love soothes our hearts, our souls then become awakened. In that moment, we feel the lire of life. The flickering flame entices us to come closer. We step into its presence and then quickly we recoil. Yet, we will always remember the opening of the portal to know love.

This is the beginning of the dance, the circling of the flame. We begin to know the heat and the warmth of the flame and its power makes us what to be afraid. We are afraid that it will leave us and we may never feel, taste or touch the flame, again. This is a relationship of passion and personal devotion. We never want to fall from the grace of love.

Having honest and open conversations of solution cements trust between people and their communities. Within the openness and honesty lies a reason to be joined in a relationship of being willing to be present to have an authentic, holistic relationship. The mother of the transgender son was not honest about her support. Emotionally she did not want to support her son because she did not agree with his decision to transition from a girl to a boy, She wanted her position to be the right decision and did not want the wishes of the son to be granted. She was almost willing to lose the daughter/son and be right in her opinion on how her child wanted to live he/she’s life.

She would rather be right and lose the relationship. The decision was breaking her heart, but she would not let go. I tried to comfort her and explain to her, her child was in a state of personal challenge and confusion and needed her support. But, she could only see her personal loss and not the loss of emotional security her child was experiencing. She still had to be right and her righteousness was destroying the very relationship she desired.

So it seems men are not the only bull-headed people in our world. Inflexibility is a human trait. The lack of allowance or the lack of acceptance of the truth of the matter kills the possibility of maintaining the trust that is needed  in a human relationship