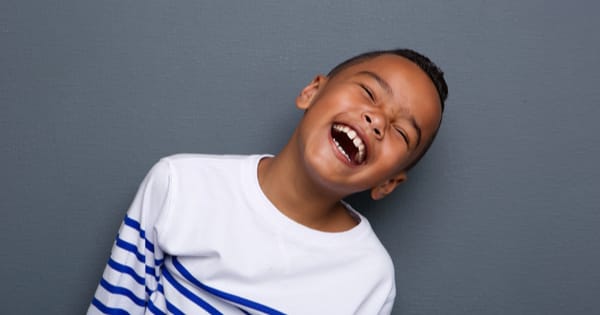 There’s a pretty important character in my new novel. She turns 60 years old during the events in my universe.

My protagonist in my new novel is a musician, keep this in mind…

My character’s name is Annie. She speaks not a word in my book, but she’s incredibly important.

Annie just happens to be a 1959 Les Paul Standard electric guitar. The 1957-1960 Les Paul Standard “bursts” are some of the most valuable pieces of musical equipment known to the human race. In many ways, they are the Stradivarius of the guitar world.

A burst from this era can set a purchaser back well into the six figures.

This is for a 60-year-old slab of mahogany with some electromagnets and some strings.

I don’t get it, but then again, I’m not a rockstar.

A 1959 Les Paul once owned by Keith Richards sold for over 800 thousand pounds – better than $1 million in today’s money. Granted, Keith is a rockstar, but I digress.

Duane Allman, Pete Townshend, Eric Clapton, Slash, Warren Haynes, Peter Green – I could go on and on. Every last one of those guitar legends have strapped a Les Paul around their neck and have owned stages around the world.

I’ve mentioned his name several times already, but I need to address it.

Who was Les Paul himself?

Les was a star singer and guitarist of the 50s and 60s. He and his wife Mary Ford had a TV show they filmed from their New Jersey home. He was a big deal.

As a young man, Les was playing an acoustic guitar in a restaurant, but he was having a hard time being heard. He figured that if he was better heard, he’d get better tips.

Anyway, he wired a telephone mouthpiece into his guitar, and the electric guitar was born.

Les’ invention was so important to music that he was inducted to both the Rock and Roll Hall of Fame as well the inventor’s hall of fame.

The thing that’s easy to lose in Les’ career as an inventor was that he was a dynamite guitar player. Fusing styles as diverse as country, jazz, and blues, Les was known for fast fingers and his clean tone.

And he was still playing live shows in New York jazz clubs up until the year he passed away in 2009 when he was 94 years old!

Music was Les’ passion. And chasing his passion afforded him health and longevity not afforded to many who simply quit when they got old.

I read a piece recently in the Washington Post about a landscape architect and sculptor who has published a volume of her poetry. She took to writing poetry after some age-related physical ailments prevented her from her perusing her sculpting.

But Sarah Yerkes kept her mind sharp and took to poetry.

Sarah is 101 years young! And the picture of her in the Post shows a vibrant and youthful lady whose looks bely her age.

Legendary actor Eli Wallach acted in films and on television well into his 90s.

Betty White’s comedic timing is still as sharp as ever and she recently turned 97.

This past May, Marla Gibbs made a surprise cameo on the live special the ABC network aired of The Jeffersons. Her timing was impeccable and she’s ONLY 88.

Doc Severinsen still plays live many times a year, and he sounds as good today as he did 40 years ago when he was leading the NBC Orchestra for The Tonight Show Starring Johnny Carson. Doc turned 92 in early July.

I had this running conversation with my old coach about approaching life from being a grown man versus being a little boy. I resisted this conversation for a long time, and I didn’t get her purpose behind it while we were still working together.

I always thought that to approach life from being a grown man meant I had to give up so much of what made me, me. I’d have to harden my heart, because you and I and Ralph the bulldog from Iowa all know that you cannot be a powerful grown man with a soft heart.

My presence in the world is that of a gentle fireplace. And my soft heart is what allows this.

I thought that to live life from being a powerful grown man meant that I had to cut the string that kept me connected with little Ryan.

As my mom would say – I’m wallowing in my wrongness.

Well, I did. I performed at an open mic at a new comedy club in the East Village. I sat through some pretty atrocious attempts at comedy. Most of which were people making self-loathing jokes about themselves.

Seriously, did y’all know there was a life coach watching y’all? C’mon! Hook a brotha up with a sample session!

I was the final comedian up. There were 5 people left in the audience when I was up – three of whom were my friends.

And I felt so connected with my inner child!

I’d wanted to do something like this all way back in 6th grade when I worked out a talent show performance doing a David Letterman impression (which wasn’t allowed on the actual show.)

What do Les Paul, Sarah Yerkes, Betty White, Eli Wallach, and all the other people I mentioned have in common? Y’know, other than being either old or deceased?

They all perused their passions their entire lives. They never gave up their connection with their inner child.

And that’s what afforded them such longevity and eternal youth.

Did Les have arthritis in his hands? I’m sure he had age-related ailments. But he never quit perusing his passion.

He didn’t need the money. His brand alone made him a fortune.

He didn’t keep playing for the money. He did it because he loved it!

Find what you love. Find your passion. Find your purpose. And if you pursue that until the day you die, you’ll never grow old.

Never lose connection with your inner child. When you do, that’s the day you die.

Facebook25TweetPin1EmailShares26
wpDiscuz
0
0
Would love your thoughts, please comment.x
()
x
| Reply
Share this ArticleLike this article? Email it to a friend!
Email sent!