Get Daily Email
Join/Login CLOSE
Home / Advice & Confessions / We are Only Recognizing 10% of our Potential…and It’s not What You Think! (Part 1) 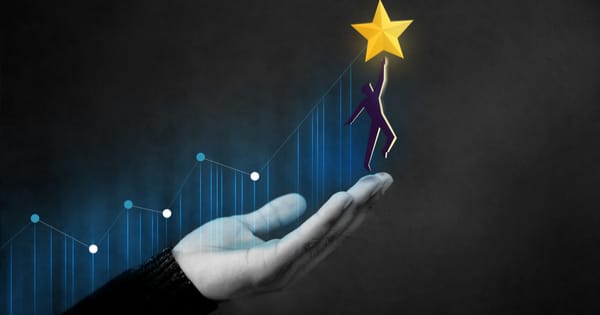 It has long been believed that we humans are only using 10% of our brains, and that the remaining 90% lies dormant as untapped potential. I remember the first time I heard this and was wowed by the implications of the statement. “Just imagine what I could achieve if I had access to even a percentage of that extra brain-power!”, I would tell myself.

The theory had been attributed to Einstein, who was considered to be a shining exemplar of harnessing this potential and one of the greatest minds of the 20th century. I have spent the greater part of my adult life finding ways to develop my mental fortitude, through reading, writing, and meditating, fascinated by the idea of the power of the mind in shaping our experience.

While I am grateful for these years of dutifully working out my mind-muscles, there was a growing recognition, with my underlying pervasive sense of unease, of what recent scientific studies have uncovered—we have been oversold on the exclusivity of the cranial brain and cognition with regards to maintaining one’s mental health and well-being.

Neuroscientists have been able to isolate what parts of the brain are being activated when people think or do something by placing them in a scanner and using a technique called functional magnetic resonance imaging (fMRI). What they discovered was that even the simplest of actions, such as clenching and unclenching one’s hand, was stimulating far more than a tenth of the regions of the brain. These findings were startling as they clearly opposed popular belief, debunking the myth of potentiality that I myself had invested in on the mind.

We Are Enamored With 10% of Our Experience

What does this tell us? That perhaps we devote too much attention to the region from the neck-up. It could be argued that the vast majority of us urban dwellers live in our heads, with rationality and a mind-over-matter attitude as being hoisted as the pillars of our desired experience. Unfortunately, as a result of this cultural conditioning—where will power and having control over one’s environment are praised as virtuous and acceptable behavior—we have divorced ourselves from our bodies, effectively denying our emotional lives in the process.

For those of who you identify as the intellectual-types, you may say to yourselves something along the lines of, “Good riddens…emotions and bodily concerns just get in the way of success and have no place in my life. As long as I have my wits about me I am golden.” To that, I would say that you are only about 10% correct.

I too once believed that all sensory information and processing power came from our brains, and that the rest of our body was merely the vehicle for us to get around in. What scientists have also been able to verify, however, is something that the ancients of old have known for ages: our guts are speaking to us, constantly, acting as our second ‘body’-brain that inform our decisions.

The two brains are in continual communication with each other, and this is mediated by the central vagus nerve. The vagus nerve is the longest nerve in the autonomic nervous system, connecting the brain stem with the rest of the body. Amazingly, around 90% of the vagus nerve is comprised of sensory nerves, while only 10% is allocated to motor nerves. What this means is for every one motor nerve fiber command from the brain to the gut, nine sensory nerves are sending vital information from the gut to the brain.

Having detached ourselves from awareness of our bodies and consequent sensory information, it is no wonder why more and more people in today’s society are feeling disconnected, anxious, depressed, beset by chronic pain, and uncertain of their place or purpose in the world. In our quest for enlightened thinking and technological innovation, have we lost touch with the essence of our humanity? Perhaps psychologist and author Erich Fromm was right when he said that humanity’s separation from the natural world has produced feelings of loneliness and isolation. But is it the world’s changing landscape that is the source of our distress, or simply our primal connection to it? What would happen if we were to embody all of our experience instead of the fraction we covet in the space between our ears?

Dave Vass is a registered psychotherapist living and working in Vancouver, BC, Canada. His passion and clinical focus is putting a spotlight on our cultural heritage so that we can make more informed decisions that better serve us, our families, as well as the communities we live in. Dave can be found on ConnectINCounselling.