Just after Ietef Vita moved into a ranch home on Denver’s southwestern edge halfway through last year’s growing season, he replaced a narrow strip of lawn with a few rows of radishes and corn.

Vita, who also goes by the name DJ Cavem Moetavation, and his wife, Alkemia Earth, planted more produce in large pots in the family yoga room. The produce includes avocados, habanero peppers, lemons, bananas, and cherry tomatoes. Gourds, apricot pits, and cobs of heirloom corn rest on a windowsill—next year’s seeds. Home gardening, he says, “is the best way to keep the fruit on fleek.” Translation: If you want it fresh and always on hand, grow it yourself.

Vita is a hip-hop artist, deejay, educator, organic gardener, and a gourmet vegan chef. The 30 year old has been writing, performing, and promoting “environmental hip-hop” since he was a teenager. He grew up in Denver’s historically black Five Points near a coal-fired power plant, juvenile prison, and dog-food factory. “It smelled like rotting roadkill,” Vita says. He suffered from asthma and ate at fast-food joints and convenience stores. In many food deserts like Five Points, he says, “the freshest thing you can get is a lemon in a liquor store.”

This problem, as Vita sees it, isn’t only one of economics; it’s also one of history. His mother’s father was a sharecropper in Arkansas who moved to Detroit to get away from a hard life on the farm. Although, Vita’s childhood exposed him to other influences. A green-thumbed neighbor, “Mr. Allen,” offered Vita an apricot from one of his trees. Vita planted the pit in his yard when he was 4. “That tree is still there,” he says.

As a skateboarding teen with hair dyed blonde, he says, “I had my share of troubles,” including run-ins with the law. However, growing up with a community-activist mother and musician father, Vita explored other paths. His parents introduced him to the leaders of the Black Arts movement. Later, he joined a punk rock group, then met some Rastafarians and went vegan. In college, he deejayed a radio show. In 2004, he founded the Brown Suga Youth Fest, a hip-hop festival to redefine the image of wealth in hip-hop culture.

To that end, he’s managed community gardens in Five Points and ran “Going Green, Living Bling” workshops and summer camps to educate kids about how to grow food, while lending healthy eating a touch of swagger. For years, he’s been an advocate and gardener at the Grow-Haus, an indoor farm, food-education center in Denver. “Ietef has been wonderful at engaging the greater community and spreading the word about us and our mission,” says director of operations Kayla Birdsong.

Hip-hop offers a potentially powerful platform for reaching a community suffering an epidemic of obesity and diabetes. The idea is to acclimatize kids to different content. “Elementary school kids are singing, ‘I’m in love with the coco,’ “—a 2014 viral hit about cocaine. “I’m transforming it to ‘I’m in love with the mango,’ ” Vita says. There’s no reason, he believes, the medium can’t convey a healthier message.

In 2008, he released “Work for Youth,” one of his first environmental songs. Vita’s subsequent albums advanced hip-hop as a bridge to teach children the importance of healthy living and eating. “You must cultivate the earth,” he raps in “Wheat Grass,” a song featuring Doodlebug of Digable Planets, on the 2010 album Teacher’s Lounge. A follow-up CD and teaching curriculum, The Produce Section, won the attention of healthy-eating advocates. Then, a TED Talk in Manhattan prompted an invitation from the Obamas to perform at the White House Easter Egg Roll.

Vita is now working on a new album (Eco-Twerk) and, with Alkemia, hosting lectures, workshops, camps, and panels on sustainability, yoga, and wellness. On June 14, they’ll present Keep It Fresh Day, with a mayor’s proclamation, festival, and awards to eco-friendly companies. Yet another initiative, Produce For The People, includes a film, performance, lecture, and giveaways of organic vegetables and gardening sets. Vita is also designing a signature Champion juicing machine. “I see Kanye West putting out his own sneakers and talking about possibly wine,” he says. “I’m going to put out my own juicer.”

The Obamas invited him. Rachael Ray likes him. This rapper has created his own lane. DJ Cavem is reaching his finish line without a doubt.

This article was originally published on Rodale’s Organic Life. 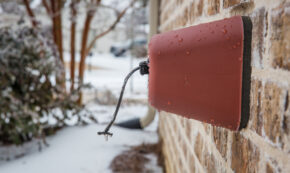