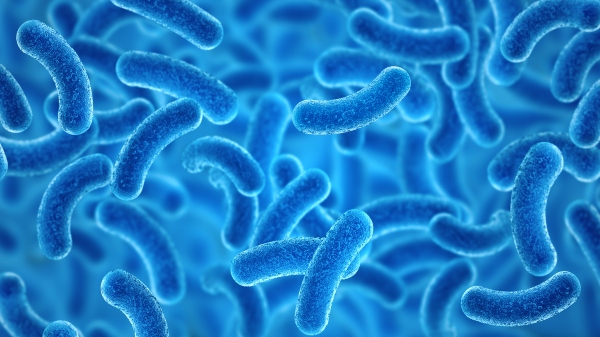 More people are getting treatment for tuberculosis (TB) than ever before, yet cases are falling too slowly to hit 2020 targets for tackling the disease, according to a report by the World Health Organization (WHO).

These trends show progress in treating the lung disease, which is the world’s biggest infectious killer. However, with an estimated 10 million cases of TB per year, this still means that almost a third of them did not get access to care in 2018, or the cases were not reported.

“I have great hope that progress can be made, and there are solutions. But they require commitment and financial investment,”
Philippe Glaziou, senior epidemiologist, WHO Global TB Programme

And things are not moving swiftly enough to meet the goals set out in the WHO’s End TB Strategy for cutting cases in the five years to 2020. TB cases had dropped just 6.3 per cent by 2018, far short of next year’s goal of 20 per cent – and deaths fell only 11 per cent, compared with a 35 per cent target.

Philippe Glaziou, a senior epidemiologist at the WHO’s Global TB Programme, said: “I think there’s more attention given to TB than ever before. We can see some of the results from that, in terms of bridging the gap between case detection and incidence… But reductions are too slow at a global level.”

India and Indonesia reflect some of the prevailing trends. Those countries accounted for most of the global increase in reporting of TB cases since 2013, but were also two of the three nations with the largest gap between estimated TB incidence and reported cases last year. India alone made up a quarter of the gap, and Indonesia 10 per cent – while Nigeria was the other country in the top three, at 12 per cent.

“Ten countries accounted for about 80 per cent of the gap,” says the report. “In these countries in particular, intensified efforts are required to reduce underreporting of detected TB cases and improve access to diagnosis and treatment.”

The WHO also points out that the fight against TB is “chronically underfunded”: despite its high burden, international funding is only about half that for malaria and 14 per cent that for HIV. “There’s a big funding gap,” says Glaziou. “More funding would go a long way to accelerating progress.”

He stresses the need for simpler, shorter drug regimes and efforts to address the risk factors for the disease. HIV, undernutrition, smoking and diabetes can all lead to higher risk.

“Success in TB control in terms of reducing the burden is not just about finding and treating cases; it’s also about addressing the risk factors,” he added.

Positive side
Nevertheless, seven high-burden countriesa are on track to meet the 2020 targets for both TB incidence and deaths – Kenya, Lesotho, Myanmar, Russia, South Africa, Tanzania and Zimbabwe.

Glaziou says the factors for decreases in these countries vary widely, but some have seen reductions through programmes to reduce HIV. The report says that Myanmar has seen declines in TB cases of about 7 per cent per year over the last 10 years, aided by expansion of service coverage, better links with the private sector and increased financing from the government and international sources.

Recent examples have also shown how sources for tracking TB disease burden have “improved considerably” in recent years. The report cites repeat surveys carried out by Myanmar, as well as Vietnam, which is on course to meet the milestone of a 35 per cent fall in TB deaths by 2020 compared with 2015.

Yet Southeast Asia saw the most cases of TB worldwide in 2018, at 44 per cent of the total, compared with 24 per cent for Africa.

Yusuff Adebisi, a researcher in the Faculty of Pharmacy at the University of Ibadan in Nigeria, said: “Tuberculosis still remains a major public health threat in developing countries.” He adds that it is difficult to assess the exact prevalence and burden of TB in countries such as those in West Africa because the “data reporting system in the [global] south is still very poor”.

He calls for improved investment in research and development, and increased commitments from governments to tackle the issue.

In its Sustainable Development Goals, the UN has set a target of 2030 to end the TB epidemic.

Glaziou believes it is possible progress could accelerate, pointing to positive recent signs emerging for finding a vaccine. “If we have a breakthrough, things could change dramatically,” he said.

“I have great hope that progress can be made, and there are solutions. But they require commitment and financial investment.”

This post was previously published on scidev.net and is republished here under a Creative Commons license
—