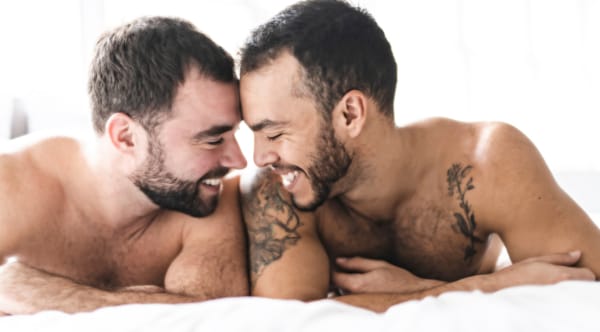 Much of reporting on HIV and AIDS is fraught, penned by untrained writers attempting to reconcile dense medical research into a third grade reading to elucidates what it means.

Back in March, The New York Times‘ cover headline screamed: “HIV Is Reported Cured in a Second Patient...” Except what the article should have said was buried in the story: “The technique used on them involves severely weakening the immune system before a marrow transplant. It is so dangerous that it is unethical to perform it on anyone not already at risk of dying from cancer, especially because most people with HIV can live relatively normal lives by taking a daily antiretroviral cocktail.”

What’s the difference between a functional cure and an eradication cure?
Plus explains:

For doctors to claim an HIV-positive person “functionally cured,” they need to make certain that levels of HIV are undetectable in the bloodstream. To some extent, this is accomplished today with antiretrovirals, HIV treatment medications that suppress the virus to such low levels that itis no longer detectable in the bloodstream, and is no longer transmittable to others. This idea is at the heart of U=U, which has been supported by the hundreds of doctors, advocates, organizations, and governmental agencies like the U.S. Centers for Disease Control and Prevention.

Functional cure? Not so much.

Keeping all this in mind underscores how remarkable Prevention Access Campaign’s Bruce Richman’s groundbreaking work on the Undetectable Equals Untransmittable (U=U) is. 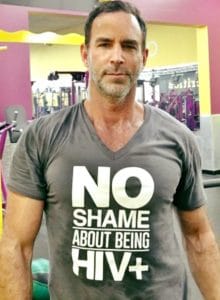 Richman is executive director and founded Prevention Access Campaign which came up with the Undetectable = Untransmittable (U=U) message. In the three years since they began, the movement has grown substantially and spread to nearly one hundred countries, all united to share the revolutionary but largely unknown fact that people living with HIV on treatment with an undetectable viral load cannot transmit HIV to sexual partners.

Richman has been featured extensively in national and international media including The Washington Post, CBS Evening News, CNN, BBC, NPR, China Global Television, CBC Canada, the Journal of the American Medical Association, and The Lancet.

In 2018, Plus magazine reported, quoting Richmond, “We will not let people lie about us,” Richman says. “U equals U, undetectable equals untransmittable… is dismantling HIV stigma. It’s incentivizing treatment uptake and adherence. And [it] underscores the demand for universal treatment and prevention access. U equals U changes everything!”

Diagnosed with HIV in 2003 Richman admits that constant reminders of his “infectiousness” kept him from starting treatment until his health declined in 2010. “Later, after an incident where he feared he had accidentally put a partner at risk, Richman discovered the critical, but barely known, science. ‘I learned from my doctor that because I was undetectable, I couldn’t transmit HIV. I couldn’t pass it on. I was elated!’

“His excitement soon turned to outrage, reported Plus, when he realized “every HIV treatment site, media outlet, HIV/AIDS service organization, federal and state health department—just about everywhere—was saying that I was still a risk. And millions of people with HIV were still a risk.” 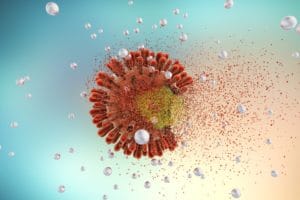 That outrage coupled with his Harvard law school diploma and his 25 -year career developing cause-related initiatives for high profile people and brands, played huge roles in the campaign’s success.

The breakthrough science was not getting through to providers, policymakers, the general public, and most importantly, people living with HIV. “To clear up the confusion,” Richman said, “a group of us living with HIV collaborated with researchers on a [U=U] consensus statement and advocacy campaign.” 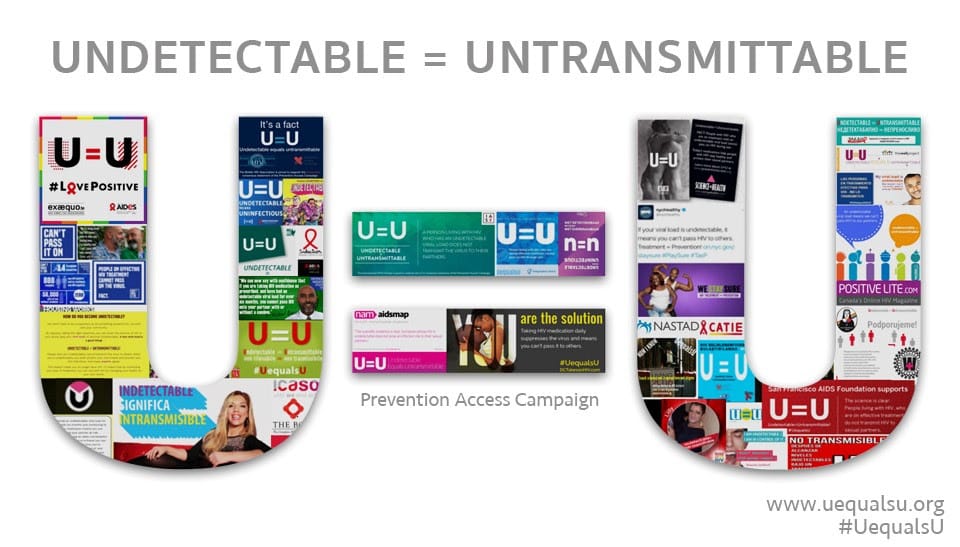 The catchy, simple, and profoundly game-changing U=U campaign launched in July 2016. Within record time, the campaign has become a global movement led by people living with HIV. Today, 500 organizations from 65 countries have signed the U=U Consensus Statement, which has been translated into 15 different languages and is endorsed by the principal investigators of the leading studies that proved the statement true.

The Good Men Project spoke to Richman about U=U.

The Good Men Project: So people are seeing headlines like this recent one in The Guardian “End to AIDS In Sight.” The headline would I am sure to most people suggest a vaccine but the article was actually about U=U preventing the disease from growing. Explain to the layperson what this means?

Bruce Richman: Essentially they’re saying that if everyone living with HIV was diagnosed, on treatment, and have an undetectable viral load, there would be no new transmissions. In theory, that would work, but it’s not practically possible. Other prevention methods like PrEP and condoms close the gap.

A lot of gay men (HIV-positive or not) were quick to point out the fact that it’s only guaranteed with adherence and that that can’t be known because people lie about it. What do you say to that?

The stigma against HIV-positive men in the gay community is disheartening and disgusts me. People who are positive aren’t inherently liars but often that’s the immediate assumption.

Because of the power of HIV stigma, people are shamed about their status and often don’t feel comfortable disclosing. When you think about it, if someone who’s positive is going to lie, they’d say they were negative and on PrEP. They wouldn’t admit to their status in the first place and then lie about being undetectable. Guys who are HIV negative might lie about being on Prep. If you’re worried that your sexual partner is lying, then be responsible for your own health and use a condom and/or PrEP.

Or find a partner you trust.

A majority of new transmissions are occurring among people who don’t know their status or assume they’re negative.

Another thing that I’ve had to explain to people is the piecemeal nature of getting the U=U, message out, now that the CDC has endorsed it, shouldn’t it be accepted by providers nationwide?

We’re up against 35 years of fear of HIV and people living with HIV. Change takes time. Even people with HIV who have been in the field for a long time are having a hard time accepting this radical fact.

We also need more leadership and consistent action among the big US agencies to ensure this message is communicated. The United States’ HIV communities and agencies are relatively quiet compared to our higher income peer nations.

Do you find the U.S. is more hostile to the data? A cursory glance suggests that.

We’re finding the US is more hostile to radical change, especially because the U=U message and movement challenges a longstanding history of paternalism, prejudice, and a puritanical heterosexist view of sex.

It’s still hard for people to accept the data showing—without a doubt—that there is zero risk.

Facebook460TweetPinEmail1Shares461
wpDiscuz
0
0
Would love your thoughts, please comment.x
()
x
| Reply
Share this ArticleLike this article? Email it to a friend!
Email sent!