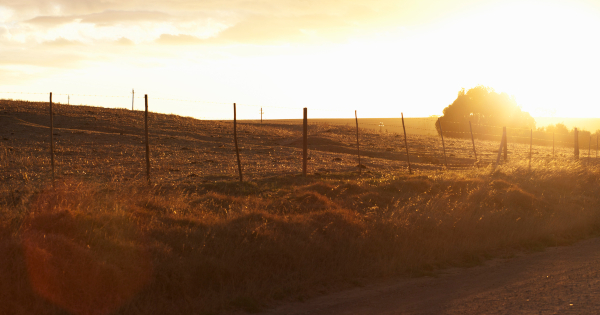 Today, on September 23rd, the United Nations Climate Action Summit is currently taking place in New York City following a weekend of global protests like never seen before. The rate at which the name ‘Greta Thunberg’ or ‘Climate Strike’ has been searched through Google over the past 12 months has only been accelerating, according to data from the tool known as Google Trends. Most people in the so-called more economically developed countries, whether they “believe” in climate change or not, has heard of the movement for climate action. However, everyone has contributed to the reasons, for which this campaign came about.

As reported by the IPCC, (The Intergovernmental Panel on Climate Change), human activities are responsible for approximately 1°Cof global warming above pre-industrial levels. The same report on understanding the impact of the 1.5°C rise in global temperature announced that warming is already being experienced in many regions across the world at a rate higher than the annual average, whilst warming is already generally higher over land than over seas. This means that other than the already 1,000,000 species threatened by extinction due to climate change and the 200 species that have been going extinct every day – humans will be the first to feel its impact.

If you are not familiar with the 16-year old Swedish environmental activist, Greta Thunberg, it is safe to say you may either be living under a rock or in denial. The young teenager skipped school one Friday 57 weeks ago to stand in front of the Swedish parliament as a call for action. After several weeks other children joined and quickly afterwards the entire Swedish youth was and still is standing arm in arm every Friday in protest. The hashtag ‘#climatestrike’ trended across the globe turning Greta’s one-person demonstration into a worldwide movement spanning across continents, generations and incomes.

Greta Thunberg, is said to have been inspired by the ‘Never Again’ movement that similarly began with the youth of America as a cry for change regarding regulations on gun control in the United States, following some of the deadliest years in American mass shooting history. Both of these national and global campaigns are lead by the youngest generations and both have sparked change on an unimaginable scale. Quoting a New York Times article discussing the climate strikes that took place on September 20th of this year, “While it was impossible to determine exactly how many people protested worldwide, a preliminary analysis by The Times found several cities had turnouts in the range of 100,000 and many more in the tens of thousands.” This is not only record-breaking for protests concerning climate change throughout history, but is significant for the history of worldwide movements as a whole, as, “Rarely, if ever, has the modern world witnessed a youth movement so large and wide, spanning across societies rich and poor, tied by a common if inchoate sense of range.”

The thing that propels such discussions on this magnitude is unique to these times. With the advent of new technologies and the digitization of media, as well as, other digital platforms, the spreading of news has become easier and more efficient. There is no need to go through formal channels or official routes; people come together with and by other people.

What is also specific about the current age is that online and offline platforms and companies are catching on with the masses. Although one could say that this was always the case, such as with advertising, which analyzes data that discusses the demand and needs of the people. Nevertheless, it feels different now and more obvious that the people have the power to change the public conversation and they are utilizing it. The New York Times application has a newsletter you can sign up for that keeps its subscribers up to date with everything involving issues on climate change, while many websites went dark this Friday in solidarity with the climate strike protesters. Fashion brands nowadays are not only aiming to become more diverse in representation, but are also trying to become more sustainable and environmentally conscious.

Others have been using social media as a way to show their involvement through the content they post, as well as, a way to become involved by the spreading of information through events and happenings about climate action. Ignacy Hryniewicz, co-founder of the Polish music collective ‘Synergia’, (or Synergy), which operates on the interface between culture and societally engaged activities, is an example of how social media can be utilized as a tool not only for the spreading of information, but also for taking real life action. This young artist is currently updating his audience through social media on his trip to Gambia. His journeys main focus is on spreading awareness about climate change to smaller communities that have no access to such information. He has undertaken numerous projects there including planting 80 different trees per day at Bulok’s rainforest, (his and the communities record is now at 5500 trees in one day), as well as, holding a keynote on climate change and community development to students. One of the presentations held last week in front of 60 students, only 3 of which knew what global warming was beforehand; inspired them all to join the climate strike on Friday the 20th.

There are countless examples of the realities of climate change and just as many examples of how the Digital Age propelled the movement against it. But the actual scale of the Greta-effect on the world is indescribable.

—
This post was previously published on DigMedia and is republished here with a Creative Commons License.
—