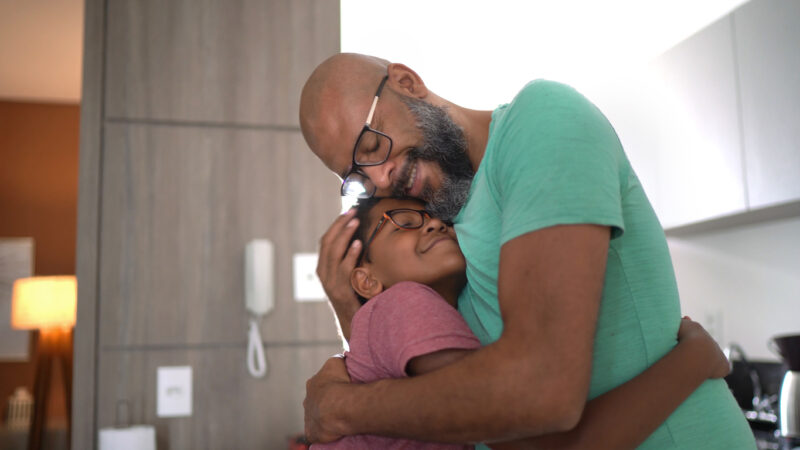 Entering fatherhood for the first time represents a major milestone in a man’s life, filled with trials, tribulations, and potential untold rewards. No longer is he a free agent acting purely in self-interest, for he now has responsibilities which are greater than himself, that of a family. Although each man experiences the transition to fatherhood differently, the process itself is always transformational, changing his perspectives, attitudes, and goals forever. Although fatherhood invokes fear into the hearts of young men, particularly during the liminal phase just before actually becoming a father, the benefits of fatherhood itself are great and underreported.

Research suggests that men experience a fatherhood premium in the workplace, with fathers showing higher incomes, occupational prestige, and greater promotion prospects than childless men (Bear & Glick, 2017; Hodges & Budig, 2010). This is not purely due to greater age and experience, as This is in stark contrast to mothers, who typically experience a motherhood penalty regarding income and job prospects. Fathers also show higher levels of life satisfaction and psychological well-being than childless men and, in a 2009 report by Dykstra & Keizer, reported lower levels of loneliness. Moreover, this effect is significantly greater for fathers than for mothers, with fathers reporting higher levels of subjective well-being, psychological need satisfaction, daily uplifts, and happiness during interactions with their children (Nelson-Coffey et al, 2019).

The benefits of fatherhood extend beyond the man himself, towards his family and community. Research shows that fathers show lower levels of socially problematic behaviors; fathers are much less likely to have negative interactions with police, criminal convictions, alcohol/drug addictions, financial problems, assaults, or abuse (Dykstra & Keizer, 2009). Fathers are more likely to show pro-social behaviors; often benefiting society by showing an increased involvement with the community. This is partly due to fathers showing higher levels of altruism than childless men. A man is much more likely to be involved in charitable organizations that benefit the vulnerable or the community after they’ve become a father. The pleasure of helping their child ignites selflessness that otherwise was not so prominent.

But why does this occur, and what underlying mechanisms support such a radical transformation?

The answers are both psychological and physiological.

Psychologically, the transition into fatherhood causes a radical shift in a man’s identity. By adopting a caregiving role, his mindset shifts from that of self-interest and self-preservation, to that of a provider and caregiver.

This results in two major changes:

Firstly, men begin to focus on their careers, working more hours, earning more money, and seeking higher-status employment as the need to provide for their families increases.

Secondly, from personality test results, fathers show a personality shift towards higher levels of agreeableness and lower levels of independence compared to childless men, resulting in more altruistic and prosocial behaviors (Avison & Furnham, 2015). This personality shift also explains the reduction in problematic behaviors, as fathers will consider how their actions affect their family and community more carefully. Overall, the adoption of the provider-caregiver identity gives men purity of purpose, added reasons to be altruistic, productive, and compassionate to their families and communities at large.

Physiologically, having children results in certain hormonal changes in men, particularly regarding testosterone. Not only does having children reduce the levels of testosterone in fathers, but literal proximity to children seems to be a mediating factor, with co-sleeping fathers (sharing a bed with your child) showing an even sharper drop in testosterone than fathers who do not co-sleep. As a hormone, testosterone plays a significant role in behaviors such as aggressiveness, impulsivity, competitiveness, and dominance behaviors. Although these behaviors certainly have their place, especially among young childless men, they are directly opposed to the newly acquired caregiver role that fathers adopt. As a result, it is hypothesized that this drop in testosterone is designed to reduce conflict, maximize cooperation, and encourage altruism (Gettler et al, 2011). Testosterone certainly seems to be important for initially attracting a partner, but during child-rearing, those traits associated with higher testosterone are no longer beneficial, and so the male body reprioritizes its efforts. This interaction between fatherhood and testosterone may also explain the so-called “dad bod” phenomenon, as reductions in testosterone are associated with increased weight gain in new fathers.

Overall, fatherhood is a transformative time for men, resulting in significant psychological and physiological changes. It is therefore easy to understand why young men fear this transition, and half-jokingly consider their lives to be “over” upon reaching it. However, the science suggests that fatherhood changes a man’s priorities and focus, allowing them to derive tremendous happiness and meaning from children, family, and community to the benefit of everyone.

This content is brought to you by Ben Schwencke

Ben Schwencke is the Lead Consultant at Test Partnership, holds an MSc in Occupational Psychology, and soon to be a father of two.