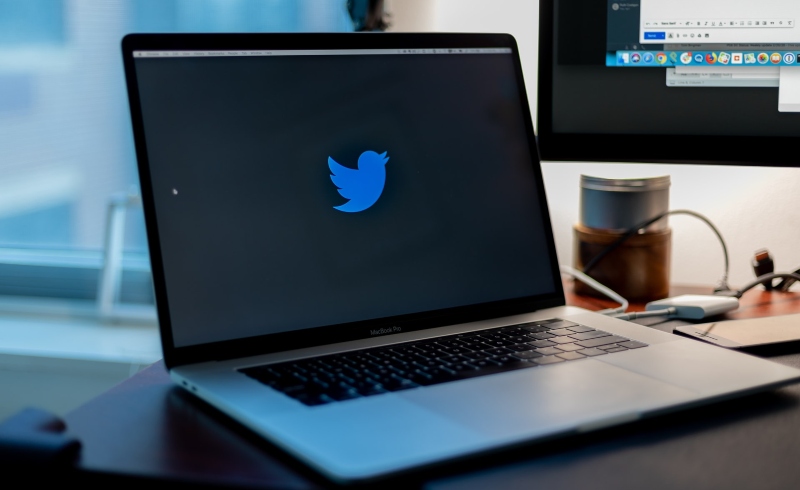 Editor’s note: Although this post was originally published in June 2018, The Good Men Project has chosen to republish it here as the message is still highly relevant today.

—
Have you ever been blocked on Twitter by President Donald J. Trump for political reasons? If so, your sacrosanct First Amendment free speech rights were violated. That’s according to a ruling by a federal judge in New York last week, which you may have missed.

The federal court decision on May 23 was largely overshadowed in the media by other Trump-related breaking news, including the potential U.S. nuclear summit with North Korea and the ongoing Russia investigation by Special Counsel Robert Mueller.

The Trump Twitter case is significant because it tests the boundaries of free speech on social media by government officials, including the American President, and the impact on private citizens who voice differing political opinions.

The lawsuit, filed by seven private plaintiffs last year, accused President Trump of violating their Constitutional free speech rights when he blocked them on Twitter due to their personal political viewpoints. The charging parties were represented by the Knight First Amendment Institute of Columbia University. President Trump was represented by the Department of Justice.

In a 75-page decision, Judge Naomi Reice Buchwald of the U.S. District Court for the Southern District of New York ruled in favor of the plaintiffs. She stated it was indeed unconstitutional for President Trump to block Twitter users from following his account based on their political beliefs.

“The viewpoint-based exclusion of the individual plaintiffs from that designated public forum [Twitter] is proscribed by the First Amendment and cannot be justified by the president’s personal First Amendment interests.” — Judge Buchwald

In addition to the court decision, the case is also significant because it marks a rare instance in which a sitting federal judge forcefully ruled that “no government official — including the President — is above the law.”

This is a stark reminder from Judge Buchwald that the judicial branch of government plays a vital role in our constitutional system of “Checks and Balances” to guard against abuse of executive branch power. And while we’ve heard this message before, it carries extra weight in the Trump Twitter case because it comes from an independent federal judge.

The Twitter ruling reiterates an inconvenient truth for President Trump:

Even as the Republican-controlled Congress continues cowering to an alleged overreach of presidential power, the judiciary remains the ultimate arbiter of law (from circuit and appellate courts to the Supreme Court).

Yet despite ruling in favor of the plaintiffs, Judge Buchwald refrained from ordering Trump to unblock them on Twitter (or any other members of the public). Rather, she noted that the law at issue has now been clarified — albeit without an injunction mandating that Trump comply.

“Because no government official is above the law and because all government officials are presumed to follow the law once the judiciary has said what the law is, we must assume that the president will remedy the blocking we have held to be unconstitutional,” Judge Buchwald wrote.

However, a Justice Department spokeswoman responded, “We respectfully disagree with the court’s decision and are considering our next steps.”

It should be noted that the ruling is narrow in scope and does not cover any larger issues related to Trump’s general Twitter use. Therefore, in addition to tweeting away, Trump might choose to disregard the judge altogether and/or the Department of Justice may appeal the ruling.

Jameel Jaffer is the Executive Director of the Knight First Amendment Institute at Columbia University and a lawyer for the plaintiffs. He stated:

“The position the Trump administration is taking is that the president is entitled to block people, and that the court lacks the ability to order him to do otherwise.”

“The right thing for the president and his social media director to do would be to log into the president’s account and unblock everyone who has been blocked on the basis of viewpoint.”

Are the online free speech rights of the public infringed upon when the American President or any government official blocks social media users due to their opposing political views?

To Block or Unblock

The Twitter account at the heart of the case is @realDonaldTrump — which has a formidable following of over 52 million. Trump uses Twitter as an online political megaphone on a regular basis to get his message out and shape the media narrative while bypassing the traditional filter of journalism.

He has tweeted from this account nearly 40,000 times since it was established in March 2009. The tweets have covered everything from policy pronouncements to personal attacks against his detractors, both before and after he was elected.

Trump’s strategic leveraging of Twitter as his main communication vehicle was instrumental in building political support and ultimately winning the 2016 presidential election.

Still, the Trump Twitter case puts the larger issue of free speech on social media — and the First Amendment rights of all citizens — at the forefront of legal attention.

The lawsuit, filed in July 2017, asserted that Twitter is the equivalent of a digital public square. It also stated that President Trump’s account fell under the purview of official government business with which the public was entitled to observe and interact as a constitutional free speech right.

According to the suit:

The New York Times cited some of the tweets which allegedly led Trump to block specific users, including the following two plaintiffs:

“Trump is right. The government should protect the people. That’s why the courts are protecting us from him.” — tweet of Nicholas Jack Pappas

“To be fair you didn’t win the WH: Russia won it for you.” — tweet of Rebecca Buckwalter-Poza

Some of President Trump’s detractors claim he has acted inappropriately by “weaponizing” social media to boost his own public standing and quell that of his political adversaries.

They say launching Twitter assaults against public officials and private citizens is unbecoming for the occupant of the Oval Office — not to mention a global embarrassment for America and our cherished system of democratic governance.

Trump’s critics argue his tweets are inappropriate and unconventional for an American President.

They say he misuses social media for nefarious purposes which can result in unnecessary confusion for White House staff, federal government agencies, the press and the general public alike.

News reports from The New York Times, Washington Post and other media indicate that many of Trump’s off-the-cuff tweets have caught his own press office completely off guard, in addition to senior advisors and cabinet heads.

Some consider such questionable presidential behavior as anathema to the effective and efficient management of the Executive Branch for which Trump is responsible.

Trump’s detractors insist he intentionally abuses Twitter for selfish personal promotion at the expense of the best interests of all Americans. They say Trump’s Twitter charades have contributed to the most dysfunctional White House in modern times, a sentiment universally echoed by leading presidential historians.

But do Trump’s tweets amount to a reckless indifference toward the rules and norms of democratic institutions and constitutional principles which form the fabric of America?

On the other hand, President Trump’s supporters assert he is merely exercising his own free speech rights by leveraging a popular social media platform to communicate directly with the American people.

“There’s no right to free speech on Twitter. The only rule is that Twitter Inc. gets to decide who speaks and listens — which is its right under the First Amendment. If Twitter wants to block Trump, it can. If Trump wants to block followers, he can.”

Another assertion is that @realDonaldTrump is a personal Twitter account because @POTUS is used for official government business.

Other supporters of Trump’s Twitter use point to his consistent claims of media bias by so-called “fake news” organizations which he insists intentionally misreport the facts. However, Trump’s critics point out the irony that he’s actually the one intentionally misleading the media and public via an insidious propaganda campaign.

While Trump’s perpetual bullying of the news media scores political points with his extremist base — which takes pride in peddling fictitious conspiracy theories — it does lasting damage to the institution of journalism as protected by the First Amendment.

Trump continues to chip away at a free and independent press which is a critical component of a thriving democratic society.

The media also makes an easy target for Trump due to low public approval ratings, a historical trend. But news consumers tend to approve more highly of media outlets they like and rely upon, according to studies from the non-partisan Pew Research Center. This is often based on media “confirmation bias” in a fragmented and bloated digital news and social media landscape.

It’s worth remembering that most issues of free speech on social media involve novel legal theories which are evolving as courts decide cases.

Social media case law remains in its infancy at the dawn of today’s fluid mobile, digital and virtual Information Age. Therefore, many perplexing questions linger about the legality of social media and free speech. It’s ultimately up to the judicial system and/or Congress to flesh out the answers.

Right now, too many gray areas and blurred lines exist regarding free speech on social media.

Nevertheless, there are valid reasons for blocking someone (or something) on social media, which is why the blocking function exists in the first place. This is especially true due to internet trolls, spammers, scammers and bots.

However, if you’ve ever been blocked on social media for unwarranted reasons then it might feel like a heavy door was abruptly slammed shut in your face. That’s just the nature of the medium and remains a viable option for private citizens on social media to independently exercise.

Still, the government has an innate responsibility of responding to — and interacting with — the American people both online and off.

Hence, despite the historical power of what’s been called the “Imperial Presidency” it’s ultimately “we the people” for whom our elected officials work (not the other way around).

In closing, ask yourself this:

Although one federal judge has now weighed in with a ruling, it appears the jury is still out.

Previously published on Democracy Guardian, a publication on Medium.com.
—

David is a strategic communications consultant, ghostwriter and literary PR agent on issues of workplace diversity, race and gender equity, and social justice causes. He is a former career spokesman for the U.S. Equal Employment Opportunity Commission (EEOC), where he managed media relations for agency headquarters and 50 field offices nationwide for over a decade. Prior to his public service at the EEOC, David was a young political appointee for President Bill Clinton in the White House: Office of Presidential Personnel, and Office of Management and Budget (OMB). A native New Yorker and University of Maryland graduate, David began his career in journalism. Connect with David on social media and read his work on the following platforms: [email protected] LinkedIn Medium Democracy Guardian on Medium American Diversity Report Thrive Global BizCatalyst360 The Good Men Project

Facebook2Tweet6PinEmailShares8
wpDiscuz
0
0
Would love your thoughts, please comment.x
()
x
| Reply
Share this ArticleLike this article? Email it to a friend!
Email sent!