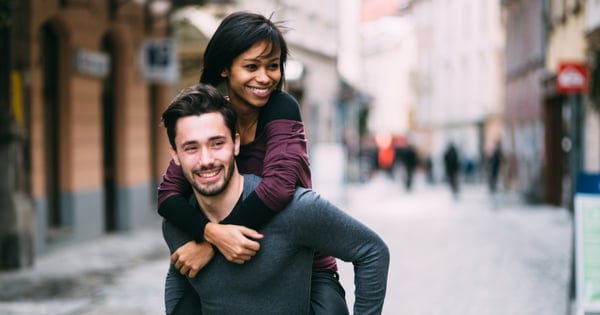 Living in a multicultural city definitely increases your chance of finding yourself in an interracial relationship. Despite the fact so many of us are open-minded when it comes to love and interracial dating, there are still quite a few challenges if you want to get serious with someone of a different race. Different races often mean different religions, traditions, and even values, which is why interracial couples need to be super flexible and tolerant if they want to make it work. Below we discuss the most common challenges interracial couples face on a daily basis and offer tips on how to overcome them.

People with strong family ties highly value family traditions. At the same time, parents, grandparents, aunts, and uncles expect the younger generation to keep the family traditions going long after they’re gone. In some cases, family members can make the life of an interracial couple difficult because they don’t believe their kids will be raised in the spirit in which they’ve hoped. Some interracial couples opt to follow family traditions while others are longing for freedom from the family bonds. Notwithstanding the fact that holidays and family get-togethers are stressful for any couple, focusing on the similarities rather than the differences in your backgrounds helps get through this unscratched.

Some older or more conservative family members may not be happy about having to speak another language during family dinners or birthday parties. Families with strong ties to the motherland are stricter when it comes to their “dating policies”, and prefer someone from their own culture because it’s just easier to communicate with a person whose first language is the same as theirs. They may resort to avoiding the interracial couple or showing their disapproval by simply speaking their own language that the guest doesn’t understand. There are usually two things that happen over time. If the couple stays together long enough, the person of another race picks up the language and ‘grows’ on the conservative family members, which in turn become more accepting.

In addition to having to deal with the older generation, the interracial couple has to deal with the kids they’re bringing into the world. If there is more than one language spoken in the household, will the kids take longer to start talking? Is that cause for concern? What about religious practices? Will the kids be brought up to belong to more than one church? What if one of the churches doesn’t allow that? How will the couple choose one over the other? Will they abandon their religion altogether because it makes their relationship more complicated? All these questions will have to be answered at some point if people with different backgrounds want to have children together. However, if you really love each other and want to make the other person as happy as possible, none of these questions will prove to be deal breakers.

When people are able to respect each other’s differences, every person has that much more room to grow.  Talking about the differences regarding important topics, such as religion, traditions, childcare, birth control, finances, sex, gender roles, and relationships with extended family members will take the pressure away. The fact that two people come from different worlds doesn’t mean their relationship is destined to fail. What can cause failure is the couple’s inability to constructively handle their differences, and allow stress and prejudice created by others to get to them. On the other hand, celebrating these differences as every person adheres to the traditions and expectations they bring into the relationship is a bullet-proof way to ensure an interracial relationship lasts for years.