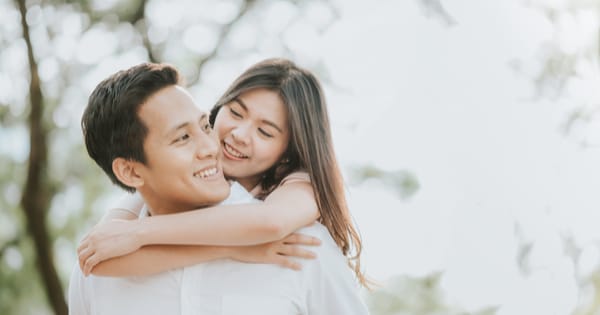 A man that can handle the fire that burns deep in her heart. He knows that she is a wildflower, untamed and always growing. He would never think to stop this growth, he in fact usually waters it and provides the sunlight to her dreams.

He doesn’t listen to the other men when they try to tell him that she’s too much to handle or should be put in her place. He would never try to mask her light or limit it with words or actions that might hurt her.

He has a mind that can match her, the two of them trading words and ideas like the silver balls of a pendulum, ricocheting off of one another in rapid succession.

He knows how to fan the flames that burn deep inside of her – sometimes turning embers into stoking fires that challenge her in a way that nobody else can, pushing her to be a better person then she was before.

He understands that underneath the sharp tongue and the fighting spirit, there is a soul that is tender, kind and easily hurt. He realizes that the outside world will try to take advantage of this and does his best to guard it from those that would try to scratch or break it.

He watches the mother that she has become to his children and at the end of long days when she complains about how difficult they were, he can also see the twinkle in her eye that tells him that her heart truly belongs to the babies that their love created and he would never have it any other way.

He let’s her take the lead in so many roles in their life together – the parenting, the running of their home, and plans for that day because he knows she already has something in mind and while he is just as much of a leader as her, if not more, he knows that these things are important to her confidence, her spirit and her identity.

He understands that most of the time she needs him to take the lead as well, in the hard decisions. To know when to make a bold move or pull down the hammer in an effort to better their family or their marriage, he appreciates her for this faith she has in him.

He can determine when it is time to let her be alone with her thoughts and her problems, but also knows when she needs a hand to hold or a shoulder to cry on.

He fights with her with a love that they’ve built their life upon. He pushes back at her strong character and fighting spirit, to come out of the hard stuff with a clearer outlook and a tougher exterior that she can use in all aspects of her life.

He encourages her sense of adventure, even joining along in it with her most of the time. And when he can’t join or doesn’t want to, he tells her to do it anyways or with a close friend so that she may have the experience even if it is without him by her side.

He dances with her in all aspects of their life together – in mind, body and soul. He helps her keep a smile upon her face, a skip in her step and days to look forward to and days to look back upon and treasure.

He loves her fiercely and loyally. He fights for her. He praises her. He admires her as a woman, a human and as a mother to his children.

It takes a strong man to love a strong woman.

A strong woman will love him just as bravely, be his biggest supporter and balance him in the aspects of his life that he needs her to. There is no better love than that of a strong woman.

Previously published on Facebook and reprinted with the author’s permission.

Britt is a married mother of two beautiful boys from upstate New York. You can find her first self-published novel, “Promises of Pineford” on Amazon and Lulu. You can also find her at These Boys of Mine by Britt LeBoeuf and on Facebook. Her work can also be found on Scary Mommy, Her View From Home, That’s Inappropriate, Blunt MOMS, Today Parents, and Organized Mom.

Facebook117TweetPinEmailShares117
wpDiscuz
0
0
Would love your thoughts, please comment.x
()
x
| Reply
Share this ArticleLike this article? Email it to a friend!
Email sent!