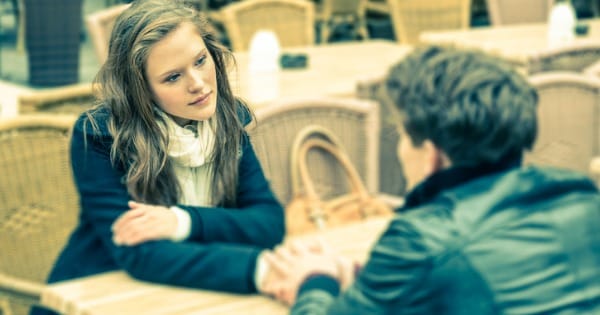 Last year, almost every one of my single friends attracted what appears to be the partner of their dreams. Being friends of mine, these people are very unique people, I mean you have to be if you’re going to be close friends with someone as ‘unique’ as me. Most of them are very academically accomplished, some have Masters Qualifications, from places like Yale and there are even some Ph.D.’s in the mix too. They’re all good looking people – they take care of their bodies by eating well and doing exercise of sorts and they generally take pride in how they present themselves. They’ve also all done the personal development work to improve their emotional intelligence so they can work on being the best version of themselves. Thus they’ve created a life that serves them – one where they love their work, have passions outside of their work to keep them feeling fulfilled and put their energy into situations they enjoy. These people are happy people.

These people challenge themselves to be the best version of themselves every single day, even if it means crying on the phone to another friend because something has thrown them off the rails and they need to express that emotional energy so they can release it and move back towards happiness. Of course every single one of these people have helped me through some of the most intense emotional situations I’ve ever experienced and every single one of them has the emotional intelligence to hold space, speak their truth, act with compassion and have the self-awareness to maintain boundaries. These people are awesome, is it any wonder they’ve attracted their dream partners with this level of emotional intelligence which is ultimately hot and sexy?

So what is it about emotional intelligence that’s so damn hot and sexy? Seen as I love to analyze these kinds of topics within our human behavior, I’ve obviously got a few thoughts of my own.

As a strong independent woman who is used to being the one who is the strength that others lean on, having someone I can lean on once in a while is desirable. I’m not talking about co-dependent relationships where we’re all validating off each other because we haven’t created our own sense of worth, nope. Gone are the days of co-dependent relationships full of mis-sold visions, unspoken truths, fancy job titles and the rest of the airbrushed life illusion.

I’m talking about being able to release, share and talk through a situation while someone listens, understands and maybe comforts (if appropriate), without trying to fix the situation and without thinking that the situation is about how they react. This, in essence, is holding emotional space. Anyone who can do that while holding boundaries is hot and sexy in my eyes. All of my close friends have this, they’re basically superhumans. People who work in positions of care often hold space, women do it often, especially mothers. The person who holds together a situation in crisis does it. To put it metaphorically, it’s like physically carrying weights a lot of the time – can you imagine how relieving it feels to have someone say “Let me take that off you for a minute while you relax?” In fact, scrap relieving. It’s damn hot and sexy.

Next up, it’s passion. Passion is so damn hot and sexy it’s unreal. In order to have passion and use it to follow our dreams, there’s a few other things that need to be set in place too. Firstly, admitting what our dreams are, to ourselves and to others, even if they sound strange when they’re voiced in an outside world which might conflict with them. For example, someone who works in car sales that deep down wants to guide nature walks (you know who you are), when that person admits their truth and talks about guiding nature walks their face lights up and in turn it that passion shines through and lights up the room – that energy is hot and sexy! To maintain the hot and sexiness of said passion it’s imperative that a person do whatever it takes to get on the path of their dreams so they can continue to feel passionate, and radiate it out, thus becoming more hot and sexy – I mean seriously, when did you ever feel like that about the office guy who said “yeah working at my job is ok, sitting at this desk typing all day, it’s not too bad…”. Never. Never Ever.

Self-Awareness, Reflection, and Humility. Oh My. To even write makes me smile! When someone has the self-awareness to reflect on their actions (unprompted) and then has the humility to rectify something which wasn’t aligned with the value system, like when someone apologizes. Well, you guessed it, it’s damn hot and sexy. To me, it highlights that this human realizes that they are a human. That sometimes they do dumb things (who doesn’t??) and that they have the humility to admit this and that they have the self-compassion and self-worth to know that said negative action does not mean that they are an unworthy human. It means that this human has a damn good value system which they are in tune with, reflect upon and correct their actions if they steer out of alignment of it. By acting in this manner it shows that this person has integrity, compassion, self-worth, and respect to say the least! These are values I strive to live by myself and they’re the values of the people I want in my circle. You know what, these values are truly hot and sexy.

I’m a traveller, a thinker and an emotions explorer.

In the space of one year I had my heart broken, was violently attacked in an attempted rape and then suddenly lost my father. Having been a tomboy all my life and worked in predominantly male dominate roles (construction project manager and sailor) I found it really difficult to express my emotions against the stigma of 'being weak' in society.

I speak openly and honestly about emotional situations to lift the shame on these topics and work towards creating an emotionally safe world where we can all process our emotions. My original blog Trauma on Tour is an expression of an emotional trauma recovery and I now write from my personal website Shereen Soliman.

Facebook92TweetPinEmailShares92
wpDiscuz
Share this ArticleLike this article? Email it to a friend!
Email sent!