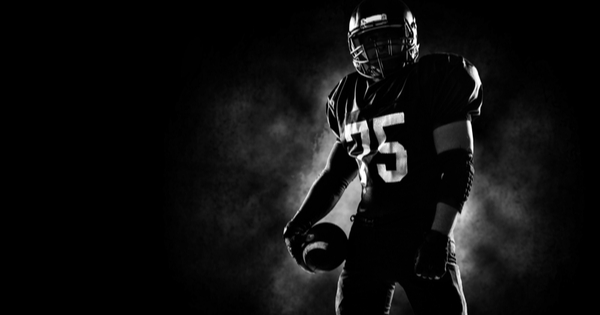 To analyze the development of the modern quarterback we have to start with Michael Vick. Without trying to be, he was the experiment.

The first true run first quarterback with such dynamic skills on his feet that he basically combined the QB and running back position. He would have breakout games and breakout runs that made us all think that it could work. He made us think the structure of the game could change. He made it look like the defense had no answer. In the end though he could just never get the team over the hump and really compete on the big stage. The defense eventually figured him out. Vick only ever clocked two wins in the playoffs over his whole career and while he was flashy in all reality his style never truly lead his teams anywhere. His career was also interrupted multiple times by injury even before the dogfighting scandal which basically ended his career. Having his mindset as a “run-first” QB really meant sacrificing his body at that position and I think we can say looking back just didn’t have any longevity or true worth.

Someone else comparable from that era to Vick was Donovan Mcnabb who had a more solid tendency to throw first but could also use his feet when needed. Mcnabb had a more successful career as far as playoff appearances though was never totally athletic enough to truly have as much effect as a Mike Vick as far as advancing the position.

From the post-Mike Vick era there were a slew of agile running QB’s. None with a career seemingly more promising than RG3. Who of course became kind of the scapegoat for eliminating the idea of a truly half QB half RB at the position. RG3 never really could make it through a season without going down to injury.

There was also the failure of Johnny Manziel who was a running QB with a big arm but modern frat-boy party personality. He could not avoid injury and addiction thus could never progress the posterior even though seeing him play gave ideas to those after him.

But to form the true modern QB we must also talk about the players who almost seem more comfortable out of the pocket. Or as I also like to call it the stubborn QB. This all started with Brett Favre then transitioned into Ben Roethlisberger. These two QBs seemed to no matter what always try to complete the pass. When they were getting rushed the first instinct was to always try to evade getting tackled and move out of the pocket to complete more of an off-balance throw. They would throw an impressive amount of touchdowns and great out of pocket throws during their careers while also maintaining a high level of interceptions. This type of QB has proved more useful as each of these QBs lead their teams to super bowls. But when you truly look at efficiency at the position their overall game left something to be desired.

Aaron Rodgers is the more advanced version of this QB as he can move out of the pocket in comfort though he is less stubborn and knows how to take a sack when needed as well as throw the ball away rather than causing a turnover. Rodgers has and will forever influence the position as he is statistically in a lot of ways the most successful of all time at the position.

The final element of the modern QB I would be remiss if I didn’t discuss it is Tom Brady in the Bill Bellicheck offense. They are the masters of the quick release short pass game. Brady barely holds onto the football and for his career under Bellicheck has terrorized defenses by quick slant throws and releases. This style of short gains amounting to scores and hard to stop offense very much influenced the way the modern offense will function around a more dynamic QB.

At the end of the 2018 season into the now beginning of the 2019 season I believe we are now seeing the true transition into the modern QB. We have now seen the transition of Lamar Jackson most notably. The ravens have crafted him into a pass-first QB. They have seen Michael Vick and RG3 before him and the risk of keeping his mindset in run first. RG3 is even his back up to help with that transition. He has been wildly impressive throughout his first three weeks. Jackson seems to have the most thrilling foot skills since Vick and has limitless potential if the Ravens system can continue to impart balance at the position.

Baker Mayfield is proving to be of the Brett Favre Big Ben school being most comfortable outside of the pocket. Yet Baker also draws from the potential of what Johnny Manziel could’ve been. He has a brash frat boy personality though keeps it tame enough thus far to have pure focus on the field. As he and OBJ develop they could truly become one of the more dynamic duos in modern football as they seem to truly understand each other’s personalities and skillsets. However, he could also be helped with more a Brady like approach as he has started to be expected to leave the pocket causing defenses to have an easier time reading him. Mayfield and the Browns have a lot to develop but show glimmers of advancement each game.

The absolute culmination of the modern QB is the 2018 MVP Patrick Mahomes. We have never seen a QBtruly like him. I have never seen a QB read pressure like him. He will release a completed pass that literally leads to touch down a quarter of a second before being hit and even take the hit in a way that seems to be the safest for him. He is agile with great speed is as comfortable in the pocket as out and can literally complete passes without looking at the receiver. Unheard of. But as this article was trying to set up, Mahomes is the true culmination of the trial and error process forming the true future of the position. He could run like Vick if he wanted to but he has learned through he and RG3’s failure that it is unwise to center his game around that. He knows how to evade pressure and is comfortable moving out of the pocket like Favre, Roethlisberger, and Rodgers. He will even throw away if he really needs and take a sack but at this point seems like he is even more likely to get a completion and not throw a pick than any of them. But the most impressive to me is his ability to truly lead his team and compete with a modern energy even in an offense that was developed by Andy Reid particularly in the era with Mcnabb. He is what Donovan could’ve been potentially had he been more athletic and with more history behind him. The Belicheck Brady era is nearing its end and this will truly open the space for Mahomes to put trophies up to confirm his innovation. Though don’t get it twisted Mahomes surely has learned a lot from Brady as he often throws short passes with quick release in very Bellicheck fashion.

Though Mahomes is the true model he Baker and Lamar all together really represent the excitement of where modern football could go. Let’s hope they stay healthy, stay smart, and keep referencing the history that formed them so we can all witness progression and excitement every Sunday.

Miki Hellerbach is an independent journalist from Baltimore based in Brooklyn. His writing centers around music, tv, sports, cutlure, politics, and personal discovery. Read his most recent work here: https://acrossthemargin.com/lefthook/