Araya Baker is a therapist, educator, and writer and activist. As a therapist and mental health advocate, Araya is passionate about working on behalf of marginalized groups to eradicate structural oppression that leads to mental health disparities. He also advocates within the mental health system to dismantle systemic barriers and to push for affirming and culturally competent care. From his work with national organizations such as Mental Health America, the National Suicide Prevention Lifeline, and The Trevor Project, he has been deeply involved in transformative mental health advocacy initiatives. As an educator, he has worked with the School District of Philadelphia, has been involved with education justice initiatives as an Equity & Inclusion Fellow at Harvard Graduate School of Education, and has written for the Education Post. His writing has also been published in numerous publications, including Huffington Post and Teen Vogue. In 2016, Araya earned an M.Phil.Ed. in Professional Counseling from the University of Pennsylvania, and the following year, an Ed.M. in Human Development and Psychology at the Harvard Graduate School of Education.

How can we have a conversation about desirability politics if the alpha desirables won’t talk about it? This is a good start. 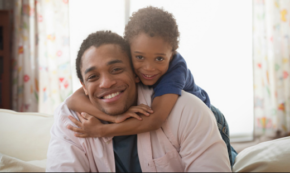 Black boys, especially those with mental health issues, need all the guidance, protection, and nurturance that we can muster.