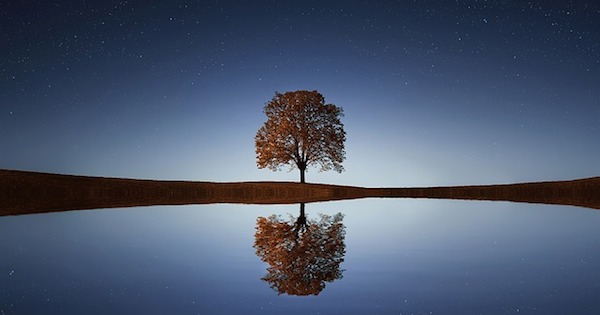 Welcome to the next installment of Climate Change by the Elements, a weekly convocast (part podcast, part conversation) where your hosts, Thaddeus Howze and Carol Bluestein, break down the massively terrifying, mind-numbing goliath that is climate change into smaller, more digestible nuggets using the ancient alchemical conceptual ideals of AIR, EARTH, FIRE, and WATER.

Last week we talked about FIRE, in particular the nature of how the United States (and the world, to a degree) are in a race to create new ways of generating energy that don’t rely on fossil fuels. Or at least we USED to be in a race. America has begun to fall behind since the new administration of our government has decided that the oxymoron “clean coal” has some kind of meaning other than the most polluting material on Earth for providing energy.

We broke down all the different kinds of energy being used, what percentage of that power comes from fossil energies (65%) and our national sluggishness on moving away from those fuels toward greater energy independence using solar, wind, biogas, geothermal and other forms of energy manipulation.

We talked about the national infrastructure which is, at best, aging poorly, like a rock star whose drug habit has overtaken his naturally good looks. America once had an infrastructure that was the envy of the world, fifty years ago. Today, more than half of our bridges are getting a failing grade of D-. A few have just collapse outright. Our national highways have begun reverting back to rubble-like roads and as a whole, the nation has not made a commitment to refurbishing them.

But those are only two of the national infrastructures of note. We also have an aging water and sewer system. Our water pipelines lose billions of gallons each year in transport because the system is rusting out and not being replaced in a timely fashion. Some parts of the country are losing the ability to provide clean water because of this failure. Flint, Michigan is only one of a hundred such towns where the idea of clean water, fresh from the tap is just a distant memory; towns where bottled water is the only alternative available.

Our electrical system, the system which provides the major different between being a first world society and anything else on the planet is also aging, rife with vulnerabilities and the potential for catastrophic power outages can occur without warning, since the system is strained to its limits, particularly during the summer. In addition, our infrastructure has more technology relying on it than ever, thus a loss of power can equal a loss of services across the board.

The added cyberthreat of remote access, vulnerability to electromagnetic pulses either man-made or natural leaves the nation extremely vulnerable due to our over-reliance on the technological superiority of our weapons and computer systems. Without a directed infusion of skill, intelligent policy modification and governmental leadership, America is vulnerable on so many infrastructure fronts as to be a staggering issue of public policy for years to come.

We discussed the nature of our use of energy nationwide and how the bulk of the energy produced is used in manufacturing. Civilian use of such power is only a third of what is generated in the nation. We discussed the lack of means by which to store electricity and how this prevents power formats such as wind and solar from being more readily available due to their lack of demand-readiness. Currently, when we need more power, we just turn on another power-plant. This is not yet available for solar or wind power.

While batteries and megastorage systems are being developed, the technology to make them is problematic as well since they rely on rare minerals (also known as conflict minerals) which are often found in lesser developed nations which often go to war in order to determine who will sell those minerals to the nations who need them for their technological infrastructure.

The last thing we discussed was the idea that clothing, a manufacturing technology known for its extravagant use of energy and water to create textiles, has players who would destroy garments created just to avoid having too many of their brand on the street, thus wasting energy, effort and manufacturing resources by burning those clothings in an act of contempt for the effort and resources required to make them. We noted one such company had experienced outside pressures to stop this process and recommend we consider finding and potentially convincing those others to stop this flagrant destruction of resources.

One last question asked: Was there a way to know if a company is green? How green? And what can we do to convince companies to be greener? Can we shop at their competitors? Is there an app for this?

Ideas to be researched for another day. So much complexity. So little time.

Our community talks about WATER as part of our series on Climate Change by the Elements. Join our LIVE CALLS and you can be a part of the change.

Climate Change by the Elements:
A Good Men Project ConvoCast with Thaddeus Howze and Carol Bluestein

To join our calls live, please add your email here. You will receive Dial in Information and reminders by email.

There will be more. It’s up to us to spread the word about the impending apocalypse.