Get Daily Email
Join/Login CLOSE
Home / Environment / What Are Some Safe Alternatives to RoundUp? 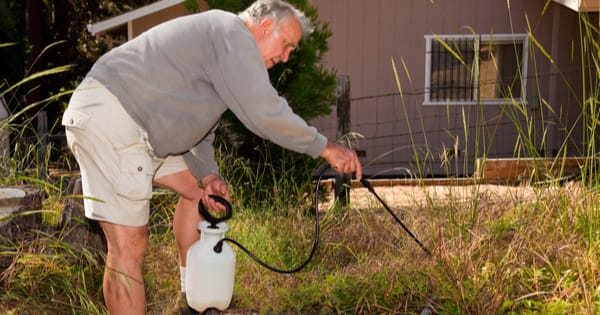 RoundUp is a chemical herbicide produced by Monsanto. It has been the agricultural standard for herbicides worldwide for decades, being the most popular weed-killer deployed.

While there have been studies by the WHO and others concluding that there are no significant health risks from exposure to RoundUp, recent court rulings have alleged that it is responsible for health risks during heavy occupational exposure. Judges and attorneys in those rulings have voiced concerns that Monsanto might have been engaging in a campaign to suppress studies of health risks.

This leaves many home garden and agricultural users wondering whether they should be using an alternative while the legal dust settles.

There is some difficulty in finding a complete replacement. RoundUp’s active ingredient is glyphosate, a molecule engineered and patented by Monsanto in the 1970s. Currently, the molecule has no specific natural alternative for what it does.

The designation of “safer” is also a hard requirement to meet. Glyphosate has been used by many in agriculture with no harmful effects demonstrated, with an estimated 180 million pounds of RoundUp products applied every year in the US alone. Meanwhile, the lawsuit settlements have so far totaled three, which is definitely not zero. If it does turn out that glyphosate carries a verifiable health risk, it could be something small, or it could be something more worrisome. No one knows at this juncture.

However, if you or a loved one feel you have suffered ill effects from the product, a specialized RoundUp Cancer Attorney is available to talk to you.

Here are some natural alternatives to RoundUp that may give you a similar end-result, even if they do it in different ways.

This formula has been found by a University of Maryland study to be effective against a few dozen weeds, including crabgrass, chickweed, and ground ivy.

This mixture uses the acidity of the vinegar and the drying agent of salt to desiccate plant material and dehydrate it, with the soap acting as a wetting agent to penetrate any oily barriers which plants use as a natural defense. This is a contact weed killer, effective only by direct spraying. Results are somewhat unpredictable, mainly affecting smaller weeds.

The active ingredient in vinegar is acetic acid. Household vinegar, the kind sold in grocery stores, is only a 5% acetic acid solution. There are industrial-strength vinegars whose potency go up to 20% and are far more effective in weed-killing. However, acetic acid at these concentrations can be an irritant and even a corrosive, causing severe chemical burns to the skin and eyes and intolerable lung pain if inhaled. At higher concentrations, it can blister or dissolve tissue and even become flammable.

Other Organic Weed Killers Or Deterrents

Most other natural weed retardants work by the same principle as vinegar solutions. They are variously made from clove oil, citrus oil, peppermint oil, pine extract, lemon juice, and other compounds. As with vinegar, higher concentrations of the active ingredient produces stronger results against weeds but also carries the risk of health hazards to humans, animals, other plants, and environments. Collectively called “essential oils,” this class of products includes some health risks which are unexpected due to people being familiar with them in food products. A few of the health effects from concentrated doses of essential oils:

It is possible, though difficult, to control weeds without applying any liquid substance. Some suggested methods include:

There are also several commercial herbicides offered as an alternative to RoundUp, but they may have varying results.

This situation illustrates the inherent problem in controlling plant growth on a large scale. Anything we apply that’s effective at killing something with typically also be dangerous to other living organisms. At the very least, science may have to produce another patented, engineered molecule, and then we will have to start all over again testing that.