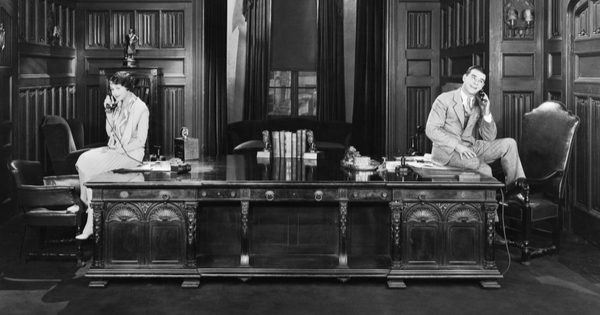 I listen more than I talk. This habit has granted me access to unique stories and perspectives, but it occasionally leads to a form of conversation misconduct, where I become prisoner to a string of monologues that leave me feeling exploited, chewed up and spit out.

A few years ago, I was reading in a coffee shop when I heard, “What book are you reading?” I turned to see an elderly man in a chair, his laptop perched on his knees.

“Adventures in the Screen Trade,” I told him, a book about the film industry written by the screenwriter William Goldman. I could barely finish my sentence before the man told me everything he knew about the movie business, Los Angeles, and the “art” of storytelling.

“Ah, they’re all weirdoes in Hollywood… it’s all about the money, you know… have you seen Bridges Over Madison County… now that’s a movie, Meryl Streep was perfect, the other guy was terrible.”

I listened and nodded, realizing this man had little interest in having a conversation. By “conversation,” I mean “an informal exchange of ideas by spoken words,” as the word is defined. Key word: “exchange.” For me, a good conversation is like a tennis match. You talk, I talk, back and forth we go.

When I visited Paris, I observed people in restaurants and coffee shops leaning forward in their seats as they talked, their eyes locked, bodies erect. There was electricity, engagement, equal exchange. Tennis matches. Perhaps it’s no surprise that conversation was elevated to an art form in French salons. Such conversations recall another definition of conversation: “Social intercourse.”

It wasn’t my hope to engage in social intercourse with this man. It was just small talk, after all, but I would have settled for a friendly tennis match. I considered politely saying, “It was nice speaking with you, but I want to finish up this chapter.” Instead, I kept listening.

“I used to visit the homes of celebrities,” the man continued. “I sold cell phones before people knew about cell phones, when the only people who bought them were celebrities and crooks.”

I began to feel like the frustrated Neal Page played by Steve Martin in the movie Planes, Trains and Automobiles. After spending several days with an obnoxious travel companion, Dell Griffith played by John Candy, Neal says that Dell reminds him of a Chatty Cathy doll that pulls its own string.

Neal says in a tirade,

Didn’t you notice on the plane when you started talking eventually I started reading the vomit bag? Didn’t that give you some sort of clue that, hey, maybe this guy isn’t enjoying it? You know: Everything is not an antidote; you have to discriminate. You choose things that are funny or mildly amusing or interesting. You’re a miracle. Your stories have none of that. They’re not even amusing, accidentally. And, by the way, when you’re telling one of your little stories, here’s a good idea: have a point! It makes it so much more interesting for the listener!

In the coffee shop, the man asked me why I had moved to California, then reacted to my answer with a tangent, then steered the conversation toward his artwork.

Then we were “discussing” his work schedule.

Then I was holding his business card.

When I couldn’t stomach another monologue, I closed my book. “Well, it was nice talking to you, but I should get going.” As I was leaving, I felt sorry for future victims who might fall into this man’s web of anecdotes.

The next day, he emailed me with an idea for a story. Before I responded, I re-watched Planes, Trains and Automobiles. I paid attention to the hotel scene where Neal erupts in anger. Had I become like Steve Martin’s character? Cynical, intolerant, a person who explains the rules of conversation to “abusers”?

Later, I stumbled onto another definition for the phrase small talk: “Keeping the channel open.” On the surface, a conversation may seem to be about the weather or books or movies, but it’s really about establishing a connection, a means of recognizing our shared humanity.

That day in the coffee shop, a man who listens more than he talks had crossed paths with a man who talks more than he listens. But that doesn’t mean the latter is a meandering kook, or a selfish loudmouth. He just wanted to open a channel.

And I’m glad he did.