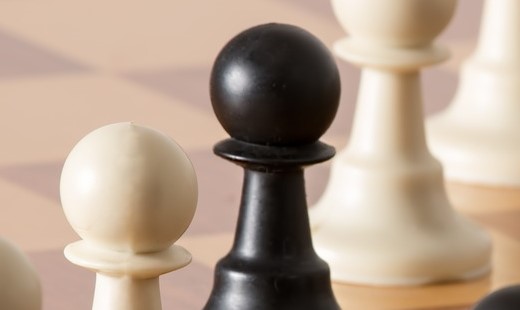 It is hard to watch TV without seeing reports pertaining to the recent death of the elder George Bush — former president, CIA director, and whitewashed war criminal. I call him a “whitewashed war criminal” because there are inconvenient truths that the mainstream media would rather ignore in favor of the usual hero worship that accompanies the death of a popular politician (see also the coverage on the death of John McCain last summer).

Perhaps the most inconvenient truth relating to war crimes involves Panama in 1989. Under the guise of protecting democracy, then-President H.W. Bush illegally invaded a sovereign nation that posed no threat to the United States, calling it “Operation Just Cause,” in order to remove its de facto ruler — with disastrous results. The U.S. government acknowledges that at least 300 Panamanian civilians were killed, but some human rights organizations have estimated that as many as several thousand were killed with tens of thousands displaced. At best you could call it an overreaction to Noriega’s involvement in drug trafficking and a peculiar form of democracy promotion.

At the time, Bush was facing criticism at home for being a “wimp.” Would it be a stretch to say that a powerful-yet-insecure man might decide to start a war in response to being seen as a wimp — especially in the late 1980s? George Carlin performed a hilarious stand-up on the subject, remarking that “men are insecure about their dicks so they have to go to war over it” and observing that “the rockets, bombs, and bullets are all shaped like dicks.”

The mainstream press is clearly not comfortable presenting the elder Bush as insecure or war-like: it prefers to focus on the positive. After all, it is always more expedient to paint in broad strokes using only one color (in this case, white). I do not often agree with The Daily Caller, but there is evidence to suggest that many in the mainstream press are putting Bush on a pedestal in order to attack Trump.

Trump is presented as evil while Bush is presented as good. I could substitute the name McCain for Bush, and the statement would still be true. The meta-message is let us praise these wonderful (yet right-wing warmongering statesmen) because at least they had a shred of decency whereas Trump does not — and let’s abandon any shred of nuance in the process.

I use this as an example. My argument is not limited to concerns about partisanship or even the media’s treatment of famous people after they die, even though a lot could be written on either subject. There is a larger issue that goes beyond the media and into the realm of how people, particularly people from a Judeo-Christian culture, perceive the world. It is unwise to base one’s understanding of humanity off Hollywood action movies (think Luke Skywalker vs. Darth Vader in Star Wars). Feminists are not immune to oversimplification either.

Empirically speaking, there is no such thing as a “good” man or a “bad” man. There are only men. Some with more flaws than others.

Even Skywalker struggled to handle his emotions in a healthy way, and even Vader came through in the end.