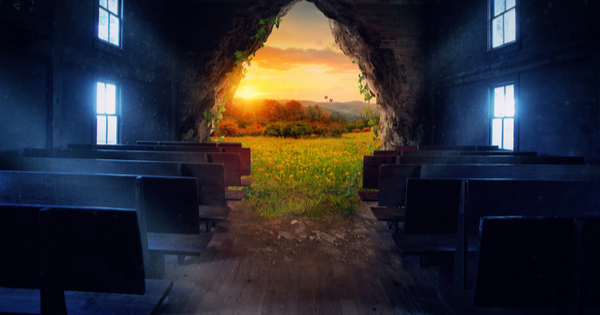 Recently, a Christian high school in Kentucky expelled a young lady after photos surfaced of her posing for her birthday in front of a rainbow cake. The school told NBC news that this was just “the last straw” following two years of code violations. The final violation, according to Whitfield Academy, was that the picture of the fifteen-year-old “demonstrates a posture of morality and cultural acceptance contrary to that of Whitefield Academy’s beliefs… celebration, or any other actions and attitudes that are counter to Whitefield’s philosophy [will] not be tolerated.”

The phrase that bothered me the most was “cultural acceptance”. I actually lost sleep over it. The phrase kept rolling around in my head, bouncing off memories, ideas, and the very fabric of my being.

The school-related the rainbow cake to the LGBTQ Community and to support them with a rainbow cake would be contrary to their beliefs as a religious school. There’s so many holes to this theory that it’s impossible to break down, it’s the swiss cheese argument where one hole doesn’t necessarily lead to another so it would be hard to pick one to go down, just dead end after dead end, and even if you did find a hole that went through you’d be back out on the other side looking at the same stinky block of cheese.

On the Whitfield Academy Mission and Philosophy page on their website, it states that they reject relativism which would support this claim against the fifteen-year-old posing with a rainbow cake. On the same page, one of the core values listed is compassion and respect for all people.

So, which one is it?

It may no longer be as easy to hold both stances as it once was in a rapidly changing cultural landscape. Is it possible to accept people first and then reject relativism as a philosophical element of teaching? The move to expel a fifteen-year-old who had many “violations” doesn’t seem very accepting. The issue is perceived contradiction and something that isn’t going over well with the younger generation, a skeptical generation who is very culturally accepting and increasingly intelligent.

Christian and Protestant populations in the US are rapidly falling and they are not being replaced by other religions, atheists, or agnostics. Younger people are just less interested in affiliating themselves with any religious ideology. It’s nothing new, religious affiliation has been falling slowly since the Silent Generation but has seen its largest drop with the millennials.

In fact, according to Pew Research Center, there are 41 countries that have seen a decline in the belief of religion with the younger generation. Most of these have been Christian countries and is especially true in North America where both the U.S. and Canada have seen precipitous drops in religious affiliation and participation with double-digit percentage gaps in between the older and younger generations.

What is causing this to happen?

I grew up in a Roman Catholic family. I remember attending one specific Sunday school experience well. I wanted my friend to stay the night and my mom said he could if we both got up early and went to Sunday school. I was working on getting my confirmation at the time. We stayed up late that night and discussed religion together. We were young teens, well-read, and had serious questions as to some of the more contradictory aspects of religion, in particular how we should accept everybody but two people of the same sex who love each other is not accepted.

I grew up in a very conservative town and I hadn’t ever heard this discussed outside of my own home. My parents are not very conservative and always taught me that everyone should be accepted no matter what. We went to Sunday school that morning with a bunch of different questions to ask the instructor, a slightly balding middle-aged man with a slouch and paunch. He didn’t have any answers to our questions and then became visibly upset as we continued to ask more and more eventually waving his hands around his face turning beet red as he continued to say “Hogwash. It’s just hogwash.”

I left incredibly disappointed, but somehow incredibly refreshed. I learned something from Sunday school that day, but not what was more than likely expected.

The question that remains is not whether or not these questions need to be answered, but whether or not religious people are asking themselves these questions. Churches have become more of a Sunday only country club for well to do suburbanites rather than a hands-on version of the examples in the bible that Jesus himself gave. If my friend and I were well-read enough in the mid-nineties to come up with an argument to disgruntle the Sunday School Instructor, then it would seem fair to say that most kids now days are more than likely smarter than we were at the time. We didn’t have computers in our homes much less a computer in our pocket.

The reason for the decline isn’t that children are less respectful, care less, or don’t want religion in their life. The reason is that they need someone to believe in, answer their questions, and not get flustered while they do it. The reason religion is declining is places like Whitfield Academy, who instead of nurturing a young lady, has sent her into darkness alone without any answers.

Facebook16Tweet4Pin1EmailShares21
wpDiscuz
Share this ArticleLike this article? Email it to a friend!
Email sent!