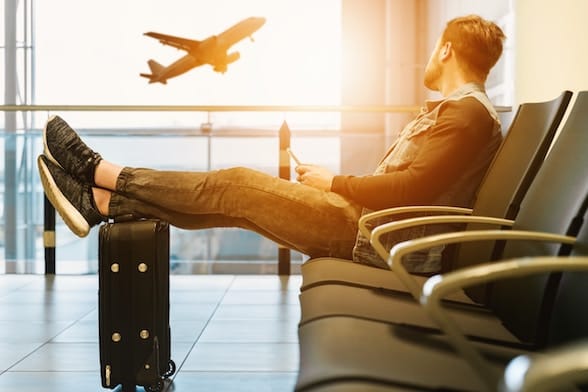 When You’re Not There Yet

The day after Christmas, my cousin and I were on a flight that was just about to land at the Albuquerque airport. The pilots pulled up the plane at the last moment and circled for the next ten minutes. They attempted a second landing, but they pulled up once again. The pilot spoke over the loud speaker that, due to weather, we couldn’t land in Albuquerque and were diverting to El Paso.

Albuquerque was getting dumped on with snow and the fog was rolling in. We had just left Las Vegas from San Diego where there seemed to be no weather whatsoever.

El Paso was a quick jaunt, a short stop for refueling, then back in the air. The pilots stuck the landing in Albuquerque that last time, but there we were, now almost two hours delayed. We would be late arriving into Clayton (another four hour drive from Albuquerque) and would potentially miss the viewing of the deceased. My aunt, and cousin’s grandmother, had just left this world a few days before Christmas, and it was time for all of us to celebrate her life. My cousin had started to cry.

That trip to Clayton was fraught with snow flurries, fog, sideways sleet, and wind, all while driving in the dark. The blizzard had arrived and stayed for the next two days. Leaving New Mexico had its challenges, too. Flights were cancelled for a whole day and cell phone tower reception was knocked out.

Those days without phone service, and those times in planes and cars trying to get to the place we were headed, taught me to focus not the destination, but on the people right beside me. On the way there, it was my cousin and I. Not super close as family relations go, but I’ll tell you what, after that weekend, we became closer than I’d ever thought. On the way back to the airport days later, it was my uncle and I. Again, I rarely get the chance to spend time with him, let alone a four hour car ride on snow-packed highways, and yet, there we were, in the middle of it all, enjoying our time together.

Next time you’re en route, give your time to your passengers, your seatmates. I know I’m terrible at this, being the one that just wants to block everyone out. But there will be those times when you’ll need a friend, a navigator, or just a buddy, simply to be there when you’re not there yet.

Photo by JESHOOTS.COM on Unsplash