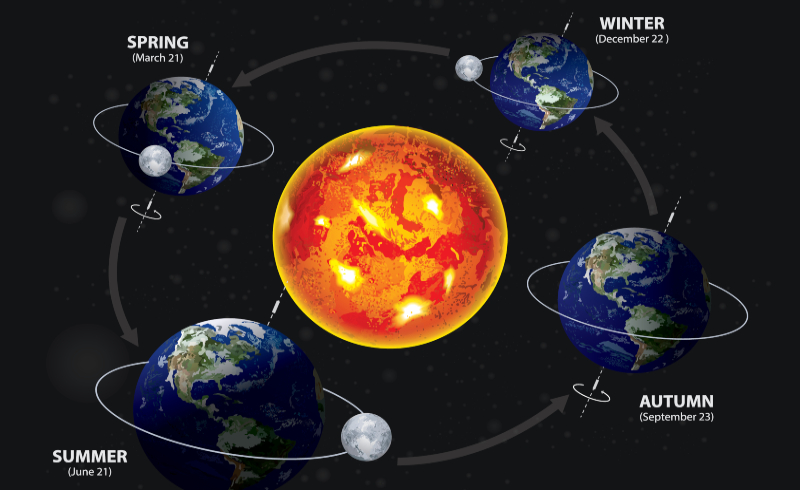 The orbit and rotation of the earth are not static, but themselves pulse with various rhythms, and these rhythms can have large effects on our climate. The 100,000 year rhythm for glaciations which has held over the last several million years is correlated very closely to these slow oscillations. It is difficult to say whether these orbital factors have had effects of similar or greater magnitude in eons past, and it is not known why they do now.

The cycles are named after Milutin Milankovitch, a Serbian astronomer and geophysicist who worked out his theory for these variations in the 1920’s. One portion of his work focused on regular changes in the earth’s rotation, the other on changes in its orbit around the sun.

The earth rotates around a theoretical axis (which does not physically exist but explains the rotation mathematically). In defining any angle the axis takes, we must define what the axis is being measured against: what is the other side of the angle. In this case, the other side is the plane, or ecliptic, in which the earth orbits around the sun. Furthermore, we measure the attitude–the axis’ orientation in space–as compared to the stars farther away in the galaxy, which we can consider fixed (as their extreme distance makes their motion too small for us to observe).

The earth’s orbit around the sun is not a circle, but rather an ellipse. An ellipse is a curved shape with two foci (when the two foci are the same, the result is a circle). Two dimensions can characterize any ellipse: the distance between foci and the semiminor axis (shorter radius: see the illustration). A ratio between the semimajor and semiminor axes is called the ellipse’s eccentricity, a very useful measure.

It’s worth pointing out, before we move into more exotic effects, the very basics: our seasons are a function of the tilt of the earth’s axis as the planet moves through its orbit. When one hemisphere–the half of the globe closest to one pole–is tilted toward the sun, it receives light and heat more directly, and therefore warms, causing summer. At the same time, the other hemisphere, closest to the opposite pole, is angled away and cools, resulting in winter. Six months later the situations are reversed. 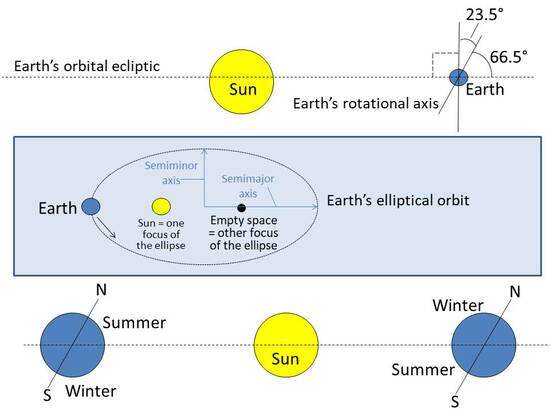 However, as in all physics, reality is more complicated. Tomorrow we dive into some of the complications. 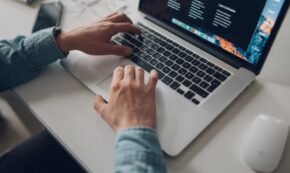 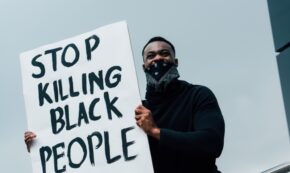 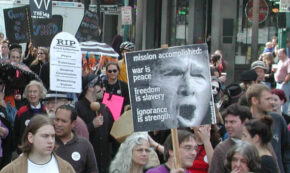 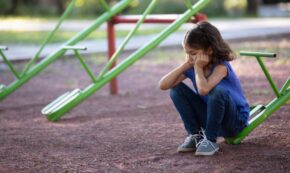