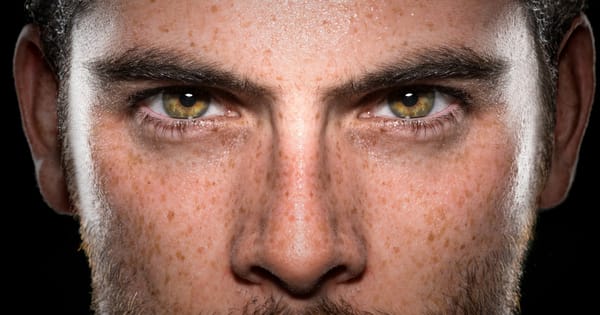 I was a big fan of the Archie comics when I was a kid. I don’t know, maybe it was the red hair, the small town, Pop’s Chok’lit Shoppe? Probably, as a young red-headed kid, I could vicariously enjoy being fought over by Betty and Veronica.

I’d buy a new comic book every Sunday morning. Dad got the Daily News, I got the Double Digest. My mom would sometimes tell me the stories were sexist. I didn’t know what she was talking about then. When I take a read now—wow, each issue would fail the Bechdel Test big time!

But one story stuck out in the sense of shame in brought up in me.

A Remembered Strip of Shame

The story I mean consisted of our hero, Archie, and the sometimes bully, sometimes lovable, always stereotypical muscle-bound-no-brains Moose. Moose lacked smarts and was the butt of many jokes for this—but always behind his back because Moose would not hesitate to throw down.

The strip I’m referring to went something like this: Archie overhears someone making fun of a friend of his (possibly (probably) Jughead)) and he doesn’t do anything about it. Well, it’s not that he doesn’t do anything, but he simply expresses that he doesn’t like that Jughead is being mocked. He sticks up for his friend saying how much he likes him, even if Jughead has some weird qualities. Archie then goes on his way.

Moose overheard all of this and he asks Archie about what he did. Archie is all logical and righteous saying he is proud of talking up for his friend and he’s moved on. Moose doesn’t understand. He thought Archie was best friends with Jughead. In Moose’s world, if you make fun of a friend, it’s your job to pound that person into smithereens. Archie says, no, no, no. For mature people, you just express your feelings. Hold someone accountable in that moment. Then let it go.

Moose unlocked something in Archie. He reminded Archie of the Guy Code and all that we’re taught about masculinity. Talking is not enough, and you’re not a man unless you unleash your inner Hulk on someone else who insults you (or your friend, or your mom (whom they probably never met)).

Now that deadliest of demons, Shame, has entered into Archie’s consciousness. How could he have not done more? What’s wrong with him? He’s not even seeing himself as a Man anymore.
Archie turns the corner toward Riverdale High and someone says something like, “Hey, did you hear about Jughe—-“ and Archie knocks the guy clear into the next page of the magazine.

Moose pops out—he’d been following Archie—and says, “I knew you were really friends.” Comic strip ends. All is right in Riverdale—finally.

Who Decides What a Man Should Do?

I remember this storyline so well because I felt my own sense of shame.

I liked what Archie initially did. He spoke up and kept it going. He didn’t put himself in danger. He didn’t have to get hurt. But he still stood up for his friend. I could do that.

I didn’t want to get into fights. I didn’t want to get beaten up (I assumed I would probably lose.) But my heroes were telling me that even if you had good intentions. Even if you were mature and didn’t let your emotions get the best of you, the mark of a true friend—partner, sibling, son, parent—the mark of a True Man, meant that you had to put yourself in physical danger. If not, then you weren’t really a Good Person. You were a wuss. A wimp. You were a [insert female-genital-body-part here].

What a horrible lesson. Sure, there may come a time when a person deems the only possible recourse is physical aggression. Even Gandhi thought that. The idea of the justness of aggression isn’t my topic today, though. It’s the idea that I had a deep-seated, socialized belief that

That my desire to find other ways through conflict was somehow less manly.

I didn’t realize that Archie story had such an effect on me, but one day, as I was talking about something I was embarrassed by in my own therapy this story came rolling out. My therapist pointedly asked, “Do you realize that you’re basing your sense of shame in this situation on a twenty-year-old comic strip?”

Well, when it’s put that way…

Being a Man By My Own Definition

Of course, that’s not fully true, but the comic strip was able to concretize some lessons I had been taking in watching the men and women in my life. Family members, schoolmates, teammates, etc. I was taking in this idea and Moose and Archie solidified it for me.

Insight alone doesn’t heal us but bringing this unquestioned, accepted way of being and examining it gave me choices. This sense of how-I-should-be could be questioned and debated. I wasn’t locked into someone else’s definition of Being a Man. Bringing into awareness the impulses I had about Being a Man was a relief.

It didn’t mean I didn’t grapple with the shame, with the anger, or with the fear. In fact, having a set of rules, spoken or not, could arguably make life easier.

But now I get to be the man I want to be—not someone else’s version.